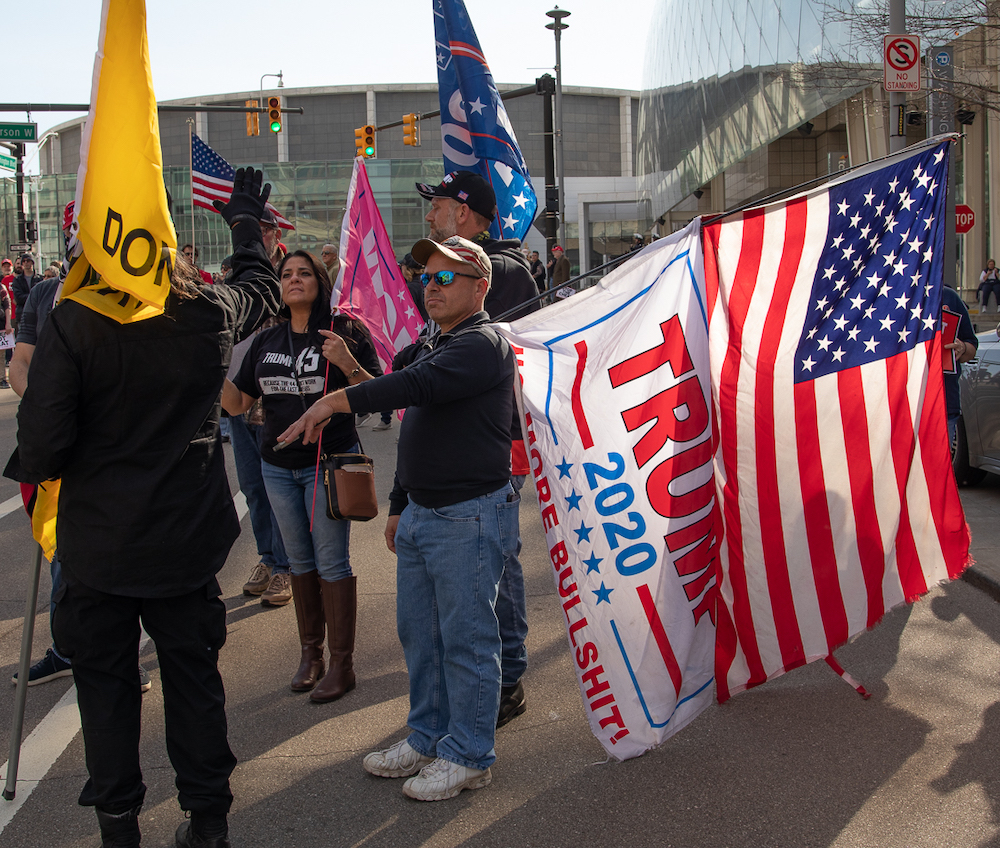 The conservative Detroit News editorial page, which declined to endorse a presidential candidate this year, has had enough of President Trump's tiring antics.

Michigan should not allow itself to become a partner in President Donald Trump's delusional quest to retain the presidency. When the state Board of Canvassers meets Monday, it should certify the results of the Nov. 3 balloting and put this election to rest.

The four-member board is evenly split between Democrats and Republicans. Three votes are required to certify the election.

There is no reason for drama Monday — if the canvassers fulfill their sworn constitutional duty.

State law requires the board to certify an election once the 83 county canvassing boards have approved the local results. That's been done.

On Saturday, the Detroit Free Press editorial board, which is considered liberal, urged the state Board of Canvassers to certify the vote.

The fanciful conspiracy theories have been debunked.

The spurious lawsuits have been thrown out of court, or withdrawn, almost as quickly as they were filed.

The grown-up Republicans in the U.S. Congress — there aren't many, and most are finishing their last terms, but they exist — have beseeched Donald Trump to concede and facilitate an orderly transfer of executive authority.

In summary, the jig is up: The farce set in motion when the loser of this year's presidential election petulantly refused to acknowledge the voters' verdict has run its course, and the patience of Americans compelled to endure that sad spectacle has been exhausted.