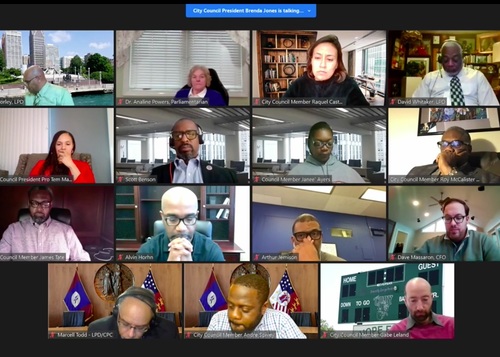 Detroit City Council narrowly rejected a resolution to provide relief for residents whose homes were overtaxed between 2010 and 2013, saying the plan put forth by Mayor Mike Duggan's administration was insufficient.

The proposal, which followed a Detroit News investigation that found the city overtaxed residents by at least $600 million between 2010 and 2016, would have given some overtaxed residents preference in eight programs. The benefits were to be funded with what the Detroit News described as a one-time $6 million appropriation of surplus dollars from the city's 2020 fiscal year budget.

The plan was unexpectedly shot down 5-4, with President Brenda Jones and Councilmembers Mary Sheffield, Raquel Castañeda-López, James Tate, and Roy McCalister Jr. voting no. Tate and McCalister had co-sponsored the resolution along with three other councilmembers.

Opponents of the plan have argued homeowners overtaxed from 2008-2016 should be eligible for compensation and that refunds should be made available. Castañeda-López likened the proposed package to "crumbs."

The Duggan administration has reportedly argued the city can't afford to offer more; on Tuesday its chief financial officer projected an additional $10- to $50-million budget shortfall pending the duration of the latest Covid shut down.