Opinion: A Detroit Educator Asks How Trump Will Go Down in History

The writer, a Detroiter, has several decades of experience in education, most recently as an education consultant and literacy coach. Earlier, she taught and was an assistant superintendent for Highland Park Public Schools. She earned a doctorate in reading education from Oakland University. 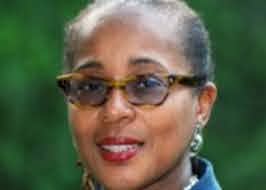 Jonella Mongo: "This president has continuously demonstrated how ill-equipped he is."

Although I speculated along with millions of others that the Trump years as president would be difficult, I had no idea how bad it would get.  Who could have imagined the horrific predicament Americans would face in 2020? While the president’s 74 million supporters’ clearly believe he has done an admirable job, thank goodness over 80 million Americans strongly disagree.

Worse Than We Could Imagine

Along with being impeachment last year this president has continuously demonstrated how ill-equipped he is for the job.

This year’s debacle of the two pandemics, Covid-19 and social injustice cannot be excused. And the fact he believes he deserves a second term shows how detached he is from reality. Does he really think his failure to lead during these critical times would have no consequences? Did he think Americans would just say, “Oh well, he did the best he could?” I don't think so…anyone with any understanding or sense of what is right knows Trump has been the worst president in modern history.

The human and economic toll of Covid-19 on Americans has surpassed anything any of us could have envisioned, with over 260,000 deaths and rising, with a disproportionate number of people of color dying. Millions of people are unemployed and lines at food distributions extend for several miles in many areas. How did Trump respond? In the mist of this devastation he played golf and remained silent.

Racial hatred has reared its ugly head causing the deaths of countless Black people across the nation as a result of police brutality and gun toting white supremacist emboldened behavior.  Protesters marched around the country and the world against systemic racism with a common message “Black Lives Matter.” What did Trump do? Say there were “good people on both sides” and campaign on a “law and order” message.

After running a campaign around divisive talk of hate, bigotry and fear Trump LOST the election to President-Elect Joe Biden by six million votes. But in true Trump style he refuses to concede, and continues to rouse his supporters with unfounded accusations of voter fraud in order to challenge the results in several states. Trump is the fraud; in fact his entire presidency has been a fraud. Unfortunately, millions of Americans have fallen for his scam. And the Republican leaders who refuse to stand up for democracy and what is right are cowards and enablers of this fraudulent commander-in-chief.

Four years ago my Deadline Detroit column on the 2016 election of Trump focused on what effect his bigotry and racist behavior would have on our children. I wondered how adults might guide young people through his presidency. How we might help children process his deceptive and dangerous behavior? How could we turn this opportunity into teachable moments?

Here are a few ideas:

Even with all of the chaos of the Trump presidency and reelection this year, one thing is for sure the core values of democracy will survive. But it will be up to all Americans to decide what side of Trump’s presidency they know is accurate and truthful.