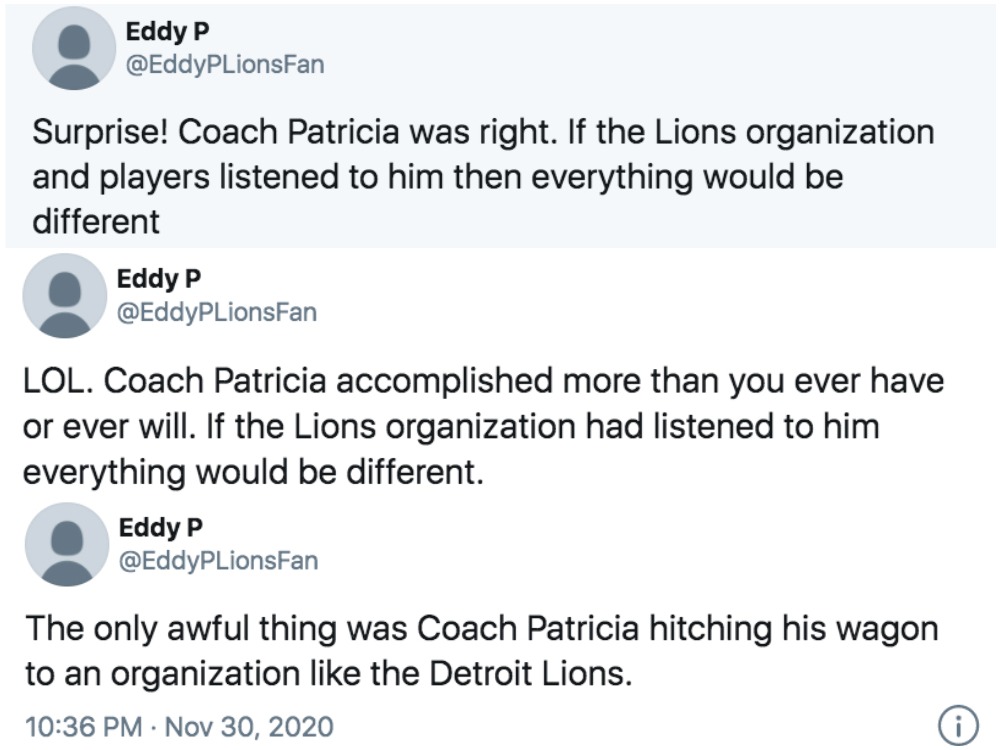 Amidst the dayslong dance on Matt Patricia's grave, a staunch defender of the former Lions head coach has emerged: @EddyPLionsFan.

As first reported by Metro Times, Eddy P has been reply-guying Patricia-bashers on Twitter since Sunday, after being silent on the site for months. He's blamed problems on ex-general manager Bob Quinn, who was fired with Patricia Saturday. He's said Patrica was too good for the team. And he's fired back at a guy with just 57 followers, telling him, "Patricia accomplished more than you ever have or ever will. If the Lions organization had listened to him everything would be different."

A separate, unverified Twitter account that purports to be the real Matt Patricia says he does not have a burner account. On that feed, the possible Patricia laments not having been given a blue check and the fact that "a fake burner account of me got 1000 more followers than me."