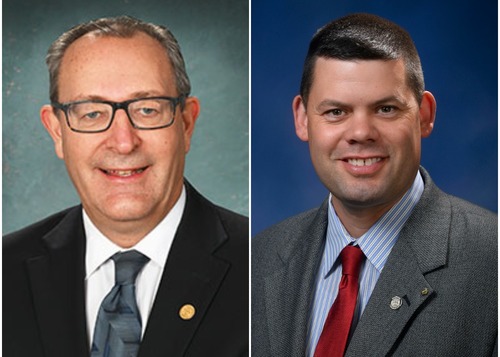 Some Republican lawmakers apparently didn't get the joke.

In the wake of this week's clown show of a fraud probe, at least two state lawmakers still appear open to intervening in Michigan's election results, The Detroit News reports.

There's not a clear legal path forward and Legislative leaders have previously vowed to avoid manuevering, but the lawmakers say they're exploring nevertheless.

"I'm looking at the constitutional road map and what some of the options may or may not be."

Asked if he's not ruling out the possibility, Cole responded he hasn't yet concluded that a "road map" to intervene exists.

"I think this is an opportunity to learn what the Founding Fathers put in place in the Constitution for instances where there is confusion, distrust over elections," Cole said.

Sen. Roger Victory, R-Hudsonville, asked if he thinks lawmakers can intervene in the election:

"I am still exploring that."

Two other lawmakers also did not rule out the Legislature getting involved.

(He) initially declined to comment on whether lawmakers have any say in the selection of Michigan's presidential electors. If there was fraud, it was proven and certain things fell in place, "we may have input," he said.

The chances of that are "very small," Eisen said.

"Do I think the election is going to be overturned? No, I don't." he concluded.

"I saw the entire event as an opportunity for individuals to share their stories. That is all it was," Alexander said about Giuliani's appearance.

On whether lawmakers have any role in how electoral votes are allocated, she said, "I took an oath to uphold the Constitution. I'll leave it at that."

Asked what that means, Alexander replied, "I'll leave it at that."