'A true hero:' Viral video brings praise for Michigan prosecutor who saw something and said something

Group video conferences can be tedious, distracting and cumbersome. So an assistant prosecutor's alertness and action during a seven-person Zoom hearing earns these headlines and online praise as a hero.

"Kudos to Deborah Davis, the only one who saw what was happening under everyone's noses," says a YouTube comment under a Southwest Michigan court video seen nearly 1.4 million times.

Davis replies Monday: "Obviously I cannot say much, but I wanted to say that this was a team effort with Officer [Josh] Edgington, and I am thankful for the trust and backing of the Sturgis Police Department."

She got alarmed during a district court session conducted remotely last week in a domestic assault case. As the St. Joseph County assistant prosecutor questioned Mary Lindsey about the night she says boyfriend Coby Harris hit her, the accuser appeared reluctant to answer questions or explain why she called police. 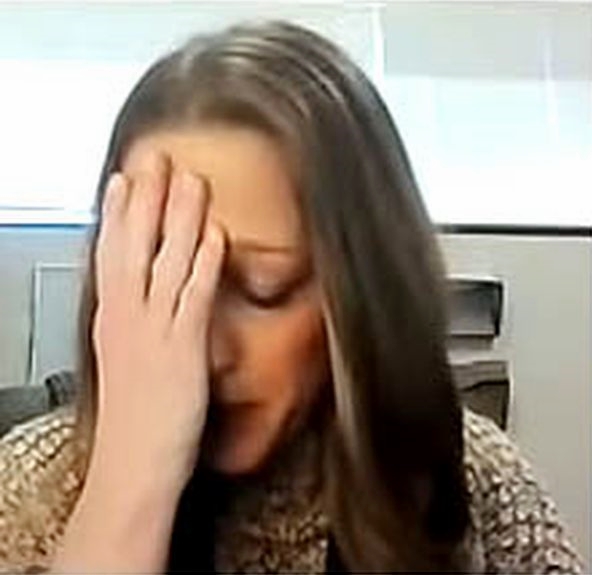 Deborah Davis: "This was a team effort."

"Your honor, I have reason to believe that the defendant is in the same apartment as the complaining witness right now, and I am extremely scared for her safety," Davis said, an alert that brought Harris' arrest minutes later for violating a condition of his release on bond. He indeed had called into his preliminary examination from his accuser's residence.

The prosecutor spoke up about something she noticed in two frames on the Zoom screen: "She's looking off to the side and he's moving around."

"Kudos to Debbie Davis for recognizing the body language and for speaking up. That is NOT easy to do in a Zoom meeting, but she did it," Sturgis Journal reader Michelle McNamara comments at the newspaper's Facebook page. She's a community college professor of communications.

Under the viral video, which has 1,500 comments, YouTuber Samantha Lakatos says: "We need more people like Deborah Davis in our judicial system. This is what a true hero looks like. She knows what to look for and doesn't hesitate to step up."

A sampling of other reactions to the drama generating national attention: 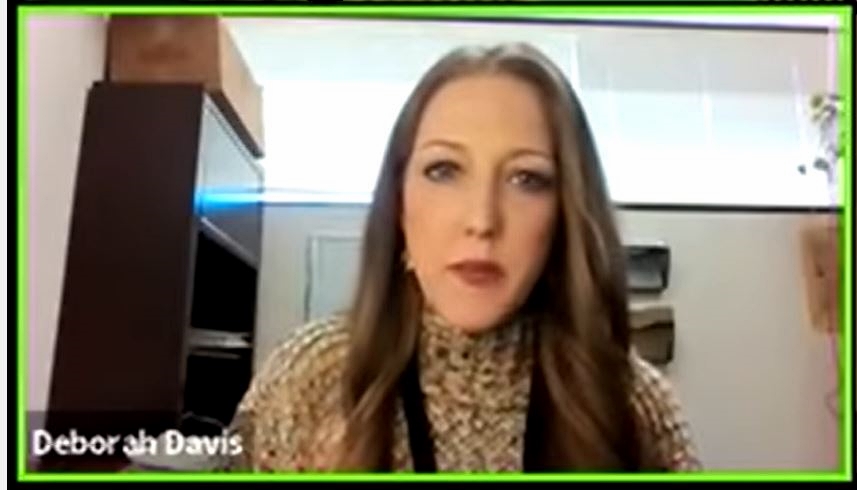 ♦ "Nice job to Deborah Davis. What a public service gem. These abusers can be so slick and manipulative. Glad the victim is safe." -- Erin Clay-Scott

♦ "First, Deborah is on top of her shit. Second, SVU definitely gonna use this in an episode." -- Nikki Berry

♦ "I used to work as a victim advocate in a court, specifically for domestic violence. This is one of, if not the, most common complaint we faced from victims -- that the accused's bond conditions required they stay apart. ... As unbelievable as it seems, oftentimes someone knows they are in danger but the relationship is what they know and sometimes the only way they have to not be homeless/alone.
"When I would call to inform a victim of the suspect's status, I would often ask if the suspect was there. Sometimes they were. I wasn’t a judge, though and police would seldom violate the bond for the suspect when I called it in, even in my official capacity. It’s unfortunate, but we had a lot of repeat offenders abusing the same person." -- Libby Brott, Grand Rapids

♦ "The citizens are lucky to have her at [the prosecutor's office]." -- Jack Longston

♦ "Deborah Davis is a true hero here. I'm amazed that she was aware enough of the victims body language that she could tell exactly what was wrong. I hope she gets a raise for this." -- Chris

♦ "You have to give it to that prosecutor for being observant." -- Ken