The FBI executed search warrants Wednesday at city hall and the homes of Detroit City Councilmembers Janeé Ayers and Scott Benson a month after their colleague, Andre Spivey was indicted on bribery charges.

The latest councilmembers ensnared in the apparently widening corruption probe are both seeking re-election. Ayers, 39, holds an at-large council seat and Benson, 51, represents District 3 and is running unopposed. 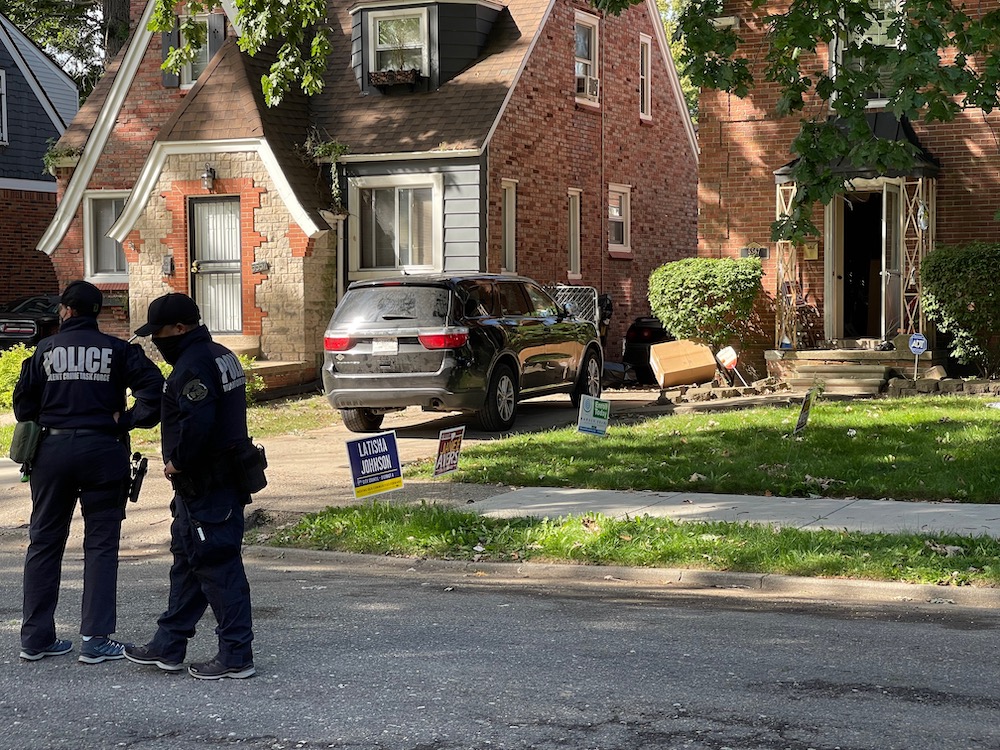 FBI agents also raided the east side home of Benson's chief of staff, Carol Banks, in the 5500 block of Bishop Street.

"The citizens of Detroit have a right to a city government that’s free of corruption," Timothy Waters, special agent in charge of the FBI's Detroit office, told reporters during a news conference outside the Coleman A. Young Municipal Center.

It's not clear what led to Wednesday morning's raids nor what led to Spivey's arrest on a bribery conspiracy charge.

The Fourth District councilmember was charged late last month with conspiracy to commit bribery after he and an unnamed staffer allegedly accepted more than $35,000 "with the intent to be influenced and rewarded in connection with upcoming votes."

Hall on Wednesday told Deadline Detroit "we never had any discussions regarding Benson or Ayers. This was something I was completely unaware of."

"I was kind of shocked," he said of the raids.

Separately, ex-Detroit City Councilmember Gabe Leland resigned this spring after pleading guilty to a state charge of misconduct in office. He was sentenced to two-and-a-half years' probation.

Spivey, Ayers and Benson are all mayoral allies. A spokesman for Detroit Mayor Mike Duggan had no comment on the developments.

Ayers is vying against for one of two at-large seats against Nicole Small, Coleman Young, Jr. and Mary Waters, who served a year's probation following a separate public corruption probe a decade ago.

"It’s just disappointing, because we look at their voting records and they have continuously voted against the best interests of the people and continue to support corporations," Small said of the councilmembers under FBI scrutiny. "Go work in corporate America. You don’t have to abuse your power and steal from the people. You have other options."