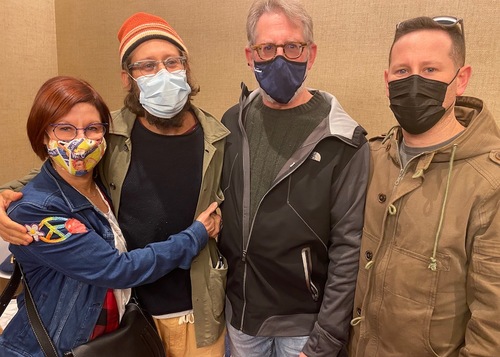 Detroit journalist Danny Fenster, who was released Monday after nearly six months in a Myanmar prison, reunited with his family in New York Tuesday morning. 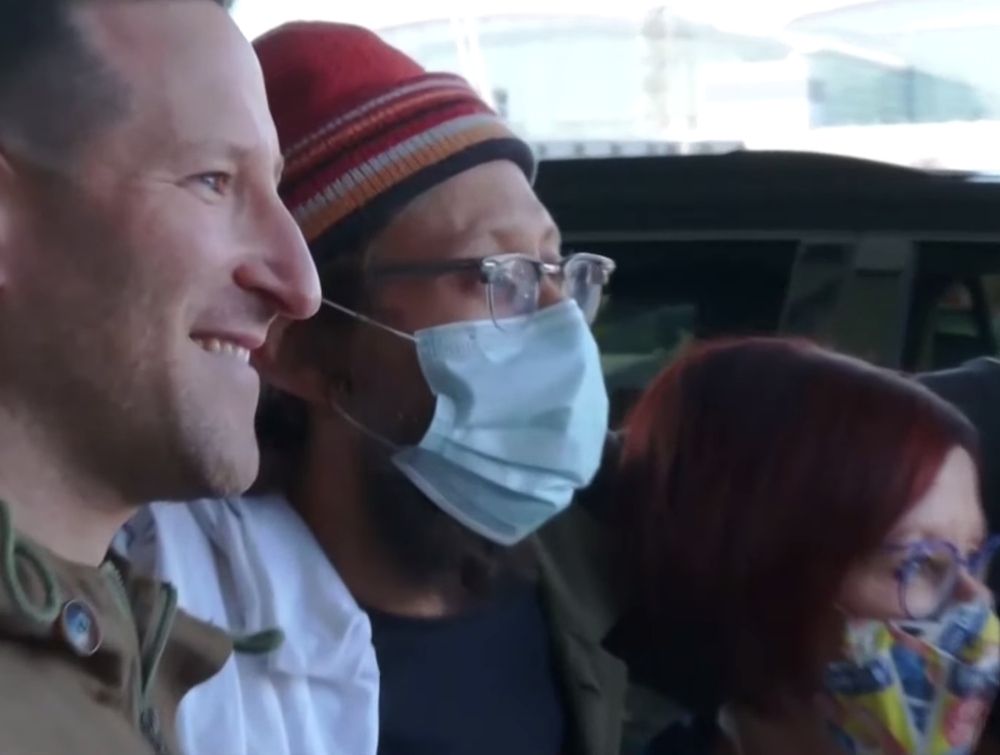 He hugged his parents and brother outside the TWA Hotel at John F. Kennedy Airport before a press conference.

"It's a day I've been imagining," said the 37-year-old who grew up in Huntington Woods.

Fenster said there's still a lot of work to do to address pressing issues in Myanmar but said for now he's going to be focusing on family.

Fenster, the managing editor of Frontier Myanmar, was arrested at the Yangon airport on May 24, as he was leaving the country for a trip to Metro Detroit. He was convicted last week on charges that included spreading information that could harm the military, breaking a law againt unlawful associations and an immigration violation. He was sentenced to 11 years of hard labor in prison, but the government on Monday abruptly pardoned him.

U.S. Rep. Andy Levin, who worked with the Fenster family, applauded the U.S. government at the press conference, saying that it "unfailingly worked to get Danny out." He also thanked Singapore, China, Qatar and Israel, for "helping advocate for Danny," in ways he said will mostly never be known. 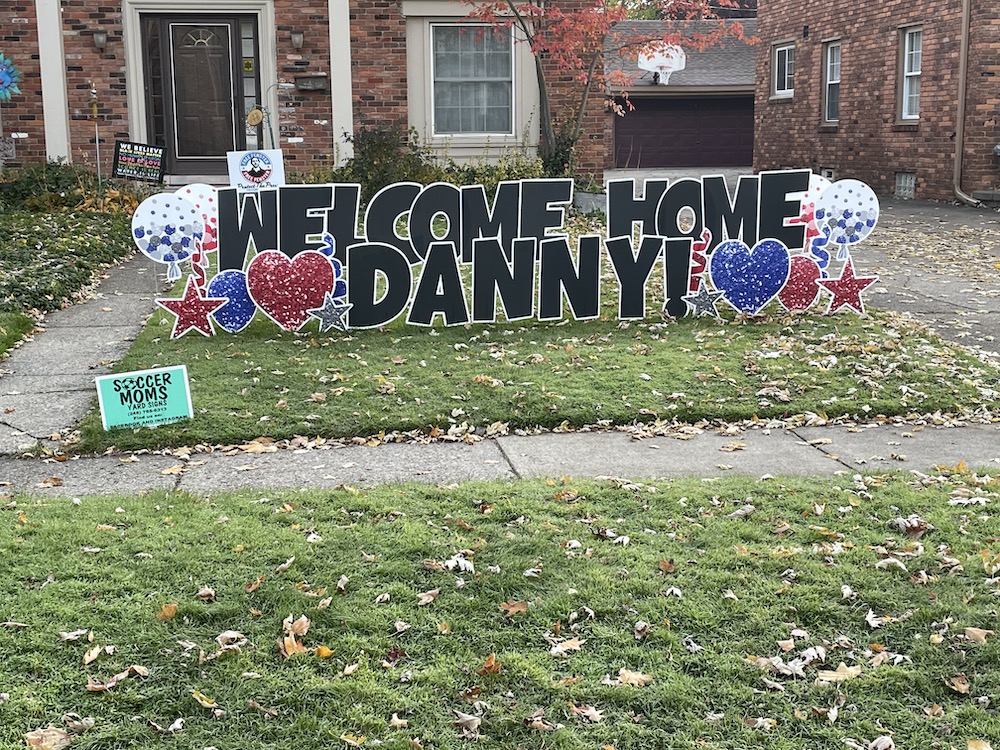 His parents' home in Huntington Woods

Richardson applauded the family for its efforts, along with other government and nongovernment agencies, making it clear that multiple levers were pulled to achieve the release.

"This was a journalist doing his job," Richardson said of his advocacy. "And he shouldn't suffer."

Richardson said he was in Myanmar to talk about humanitarian aid, including vaccines, and to free a Burmese woman. He said the government asked for nothing in exchange for Fenster's release.

Fenster said this will be a short celebration because many people still are unjustly imprisoned in Myanmar, referring to journalists, doctors, teachers and others. "Let's keep focused on what the actual story is here," he said.

It was an amazing feeling, he recalled, to meet on the tarmac Monday with Richardson, who said he was taking him home.

♦ Related: Behind the delicate diplomacy

Fenster's brother Bryan spearheaded a campaign to keep Danny's name in the news, and the family worked with government and nongovernment entities. But when they could speak with Danny in custody, they weren't able to articulate all their efforts, something that frustrated everybody. 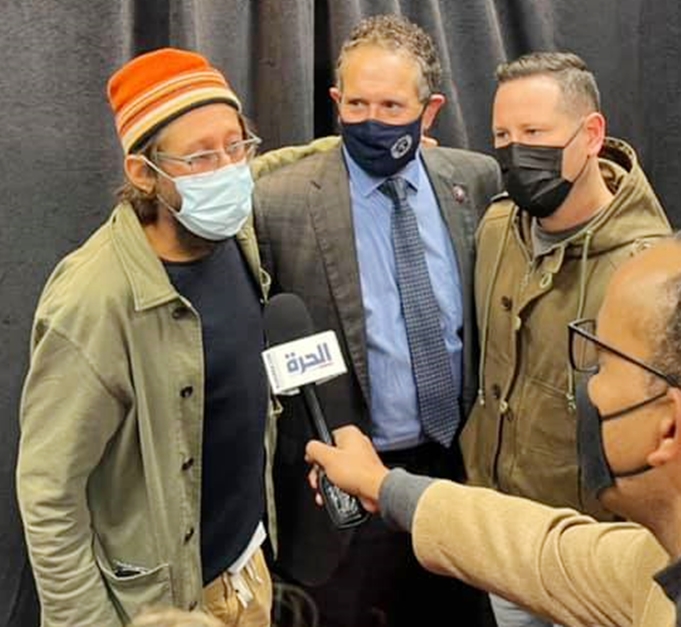 "(From) my family I was able to get little hints of what was going on," Fenster said. "Occasionally throughout the experience, if I was outside of the prison, in court, and maybe some police aide that could speak a little bit of English would flash a picture on his phone of my entire family wearing T-shirts with my face on it on CNN, which was a pretty bizarre thing to see.

"And I know my brother, I know what he’s capable of, how he works. I did not know the extent of it, but I assumed something was going on out there."

He said he got a better idea after his release.

"I spent the last 15 hours on the flight just looking at the coverage across the country and these places that I’ve lived and seeing people sort of remembering me and pulling together. It's just incredible. I just have so much gratitude for everything everyone has done."

Fenster said he was not allowed to go back to his apartment, where his wife, Juliana Silva, 37, still lives. He described being taken from his cell, shackled and put in a car, and after several hours, a police officer told him he was being offered a pardon. 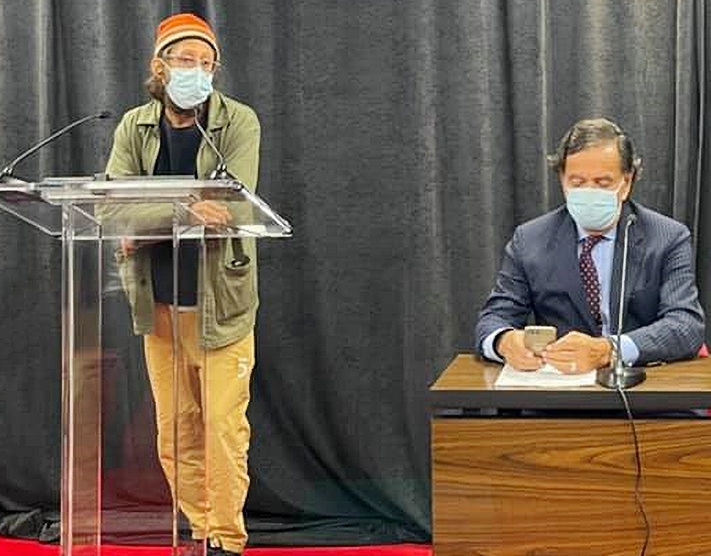 Describing a half-year at Insein Prison, Fenster said he drank instant coffee, read a lot and would "stare at the wall, think. There were friends, people I talked to." He said he also lifted weights and jogged.

He said he got into a battle over the light in his cell. He wanted it off at night. They wanted it on.

"I got myself into trouble trying to push boundaries. I wasn't physically threatened." 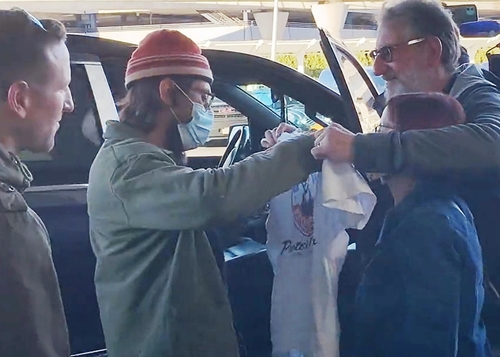 The returnee's first look at a "Bring Danny Home" shirt.

He was asked if he lost hope at times.

Fenster said he hasn't been in communication with his employer, Frontier Myanmar, where he was managing editor for the English edition.

After the press conference, he reunited with his mother and father, Buddy and Rose, and brother Bryan, Bryan's wife Cara Racey and her sister Andrea Racey. The family will all be returning to Metro Detroit.

Fenster was released from jail in #Myanmar Monday after spending nearly six months behind bars.

Press briefing starting shortly. Tune in here on Twitter for a livestream. pic.twitter.com/EFX3owUVRW 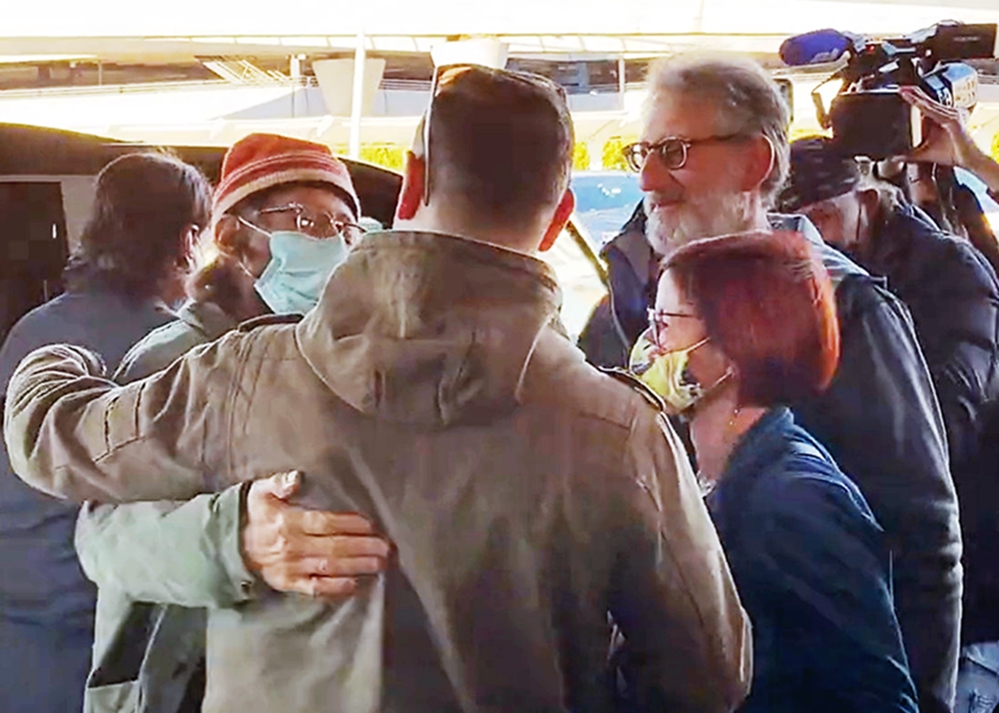 The family greets Danny Fenster before the press conference. 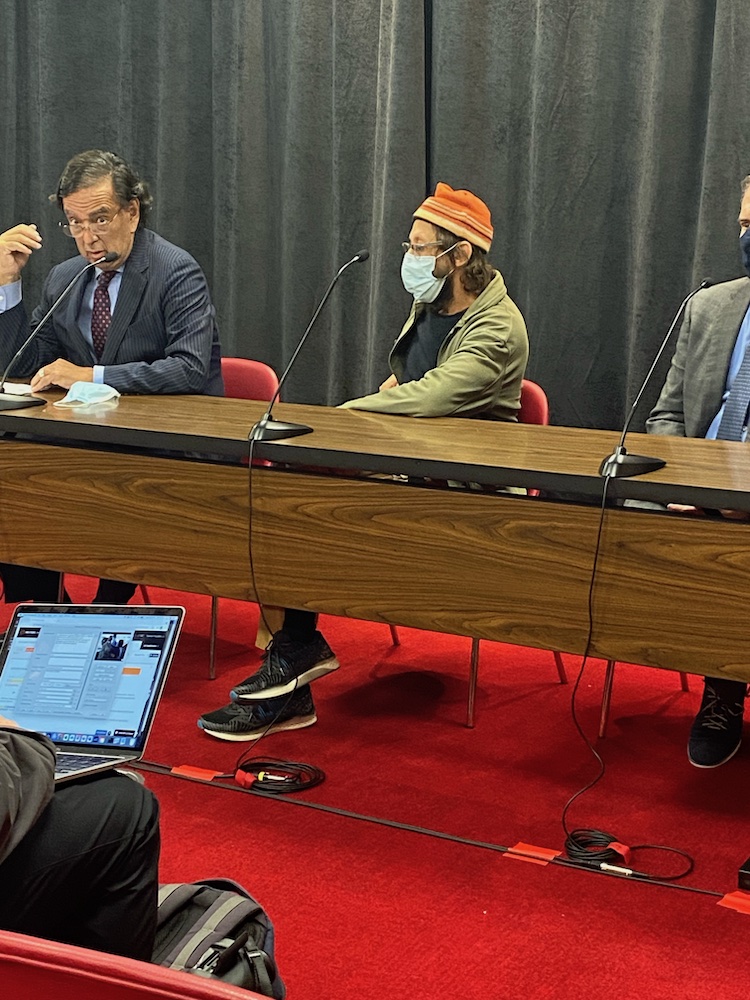