During the Covid pandemic, a hospital’s safety practices are more critical than ever. Even in the best of times, medical errors are the third leading cause of death in the U.S. An estimated 200,000 patients a year die because of hospital screwups.

Indications are that death because of medical errors increased significantly during the pandemic. The trade publication Kaiser Health News analyzed public records and estimated that more than 10,000 patients in 2020 were diagnosed with Covid in a U.S. hospital last year after being admitted for another ailment. KHN said its estimate “is certainly an undercount” because it relied on Medicare statistics, meaning the patient population it examined was mostly 65 and older.

About 21% of patients who contracted Covid in a hospital from April to September last year died, KHN’s data revealed. By comparison, nearly 8% of other Medicare patients died in the hospital at the time.

If a hospital doesn’t kill you with Covid, there’s a chance it could snuff you out with some other infection. Researchers for the CDC found that U.S. hospitals saw significant increases in healthcare-associated infections (HAIs) last year. A hospital where handwashing practices are deficient might be an especially dangerous place during the pandemic. 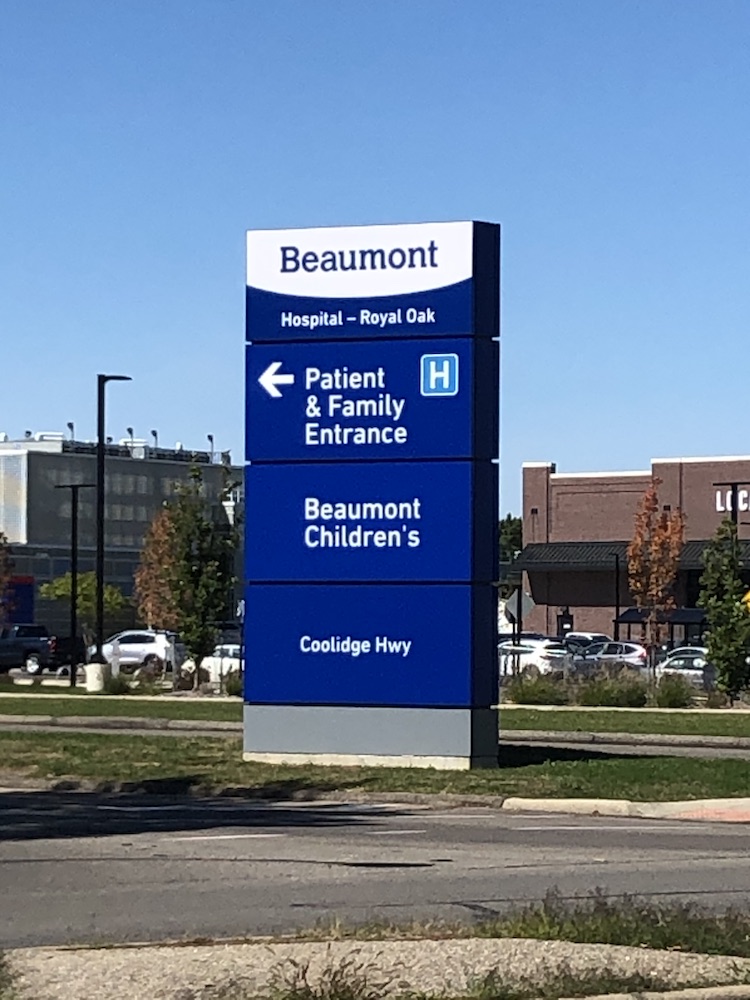 Yes, there are U.S. hospitals where handwashing isn’t assured, including Beaumont Royal Oak. This doesn’t come as a surprise to regular readers of this column.

Given the heightened dangers of even stepping into a hospital, I thought it prudent to examine hospital safety ratings published by a nonprofit group called Leapfrog. According to Leapfrog, it’s twice-yearly hospital safety grade ratings are reviewed by a national expert panel and receive guidance from the Johns Hopkins Medicine’s Institute for Patient Safety and Quality. Leapfrog also publishes an annual survey of hospitals that voluntarily report their quality and safety objectives. I’ve relied on both reports for this article.

The good news is that Michigan hospitals, despite pathetically poor state regulation and oversight, overall rank among the safest hospitals in America. Michigan ranks 10th among states whose hospitals achieved Leapfrog’s highly coveted – and difficult to achieve – “A” ratings.

Here’s a well-deserved shoutout to the A-listers in Metro Detroit. A drumroll please:

That’s the good news. The bad news is that the two biggest hospitals and busiest surgical centers in Metro Detroit, Beaumont Royal Oak and Henry Ford Hospital, respectively received “B” and “C” ratings. That’s especially disappointing given they are teaching hospitals. 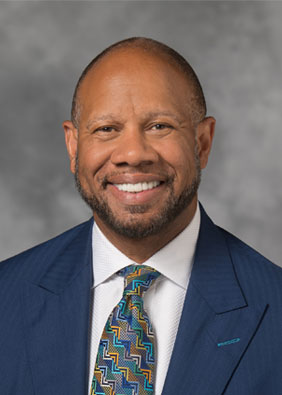 Henry Ford Detroit’s ratings are ugly and nationally noteworthy because Wright Lassiter III, president and CEO of the Henry Ford Health System, assumes the chair of the American Hospital Association on Jan. 1. The AHA represents 5,000 hospitals, health care systems, and other providers of care.

Particularly alarming is that Henry Ford Detroit has the worst hospital score in the country for errors resulting in air and gas bubbles in the blood. Leapfrog said this “serious mistake” can happen during surgery or other procedures, like getting an injection. If blood flow is blocked, a patient can suffer a stroke or die.

Henry Ford Detroit also ranks below average for communication about medicines and discharge.

A spokesman for Henry Ford issued this statement:

Providing the safest, highest quality of care and preventing harm to our patients and team members is our highest priority. We also have a long history of being recognized for our quality performance including most recently a national recognition for Henry Ford Hospital for its surgical quality outcomes in 2020 by the American College of Surgeons and its National Surgical Quality Improvement Program. It is the only nationally validated quality improvement program that measures the care of surgical patients.

As with most quality surveys, results are based on a snapshot in time. The safety grades reflected in the 2021 Leapfrog survey are the result of a portion of data (which are based on billing data as opposed to clinical data) reported between 2017 and 2019. We review and analyze quality measures daily, and we can report that future reporting periods will show significant improvement in our quality data. It has long been our counsel that patients not rely solely on quality surveys when making informed decisions about their healthcare. With no two surveys alike in their methodology, this often leads to incomplete reviews of quality performance.

Henry Ford’s critical view of Leapfrog’s ratings has evolved in recent years. In 2019, the hospital system issued a news release touting that Leapfrog awarded it three “A” ratings and two “B” ratings for patient safety. The release made no negative mentions of Leapfrog’s data or methodology.

Henry Ford Detroit’s safety status has been on a downward trajectory since it received an A safety rating in the spring of 2019. In the fall of that year it fell to a "B," then slipped to a "C" in spring 2020, where it has remained.

As for other ratings, the Centers for Medicare and Medicaid Services’ most recent Henry Ford Detroit rating, which isn’t focused solely on safety, is three out of a possible five stars. That’s nothing to write home about.

Beaumont Royal Oak, once among the nation’s most respected hospitals until CEO John Fox took over in 2015, received a “B” Leapfrog rating. In this instance, Leapfrog’s reliance on 2017-2019 data is significant, as it doesn’t include the healthy patient who died from intubation complications undergoing a routine colonoscopy earlier this year or the patient who landed in the ICU because they were given an overdose of pain medication.

The incidents happened within three weeks of a controversial outsourcing firm taking over Beaumont’s anesthesiology. The co-heads of cardiology sent a letter to then board chair John Lewis warning “in the strongest possible terms” they had “serious concerns” about the outsourcing firm. It’s not certain that Lewis even bothered to read the letter, an indication that Beaumont’s board isn’t all that concerned about patient safety.

“There are a lot of hospitals that have problems with hand hygiene,” Erica Mobley, a Leapfrog vice president told me, calling the trend “very disturbing.”

Mmm. One doesn’t need a degree in infectious diseases to figure out a possible cause of hospital infections.

Beaumont Royal Oak also was dinged for its “limited achievement” responding to “never events” like leaving a sponge in a patient’s abdomen. “Hospitals should have a never events policy that includes all nine actions that should occur following a ‘never event,’ which includes apologizing to the patient and not charging for costs associated with the never event,” Leapfrog said.

When things go wrong at Beaumont, patients (if they are still alive) or their families are referred to the hospital’s “risk mitigation” attorneys. Beaumont is infamous for refusing to settle negligence lawsuits, a practice that works in the hospital system’s favor because many attorneys are reluctant to take them on.

It’s not a surprise that Beaumont Troy received an “A” safety rating. That hospital’s management and medical staff are fierce patient safety advocates. Beaumont Troy also has a five-star rating from the Centers for Medicare and Medicaid Services [CMS].

The “A” ratings for Beaumont Farmington Hills and Dearborn are surprising given these hospitals only have three-star CMS ratings.

Beaumont Taylor’s “C” rating might be generous if real-time data was included. That hospital was cited in October of last year by CMS health inspectors for failing “to conduct surveillance activities that demonstrated staff compliance for personal protection equipment usage resulting in the potential of the spread of infectious diseases amongst 151 patients currently in the facility.”

Beaumont spokesman Mark Geary didn't respond to an email asking if he wanted to discuss his hospital system's Leapfrog ratings.

The safety ratings of Grand Rapids-based Spectrum Health, which is awaiting regulatory approval to take over Beaumont, should also give Metro Detroit residents serious concern. Spectrum’s flagship Butterworth hospital received a “B” Leapfrog safety rating, which admittedly is an improvement over the “C” ratings it received in the spring or 2019 and the fall of 2018. In the spring of 2018, Spectrum Butterworth was an “A” lister.

Freese Decker will be CEO of the combined Spectrum/Beaumont health systems, making it far-and-away the largest hospital system in Michigan. Studies show that when hospitals merge, the quality of patient care declines. Merging two “B” team players will likely result in a giant “C” team operation.

Freese Decker is chair of the Michigan Health & Hospital Association. John Fox was a previous chair. Obviously, achieving the highest patient safety standards at their flagship hospitals isn’t a criteria for either chairing the American Hospital Association or its Michigan counterpart.

Leapfrog’s safety grade ratings can be found here and its survey findings here.