In a short but blistering letter to Beaumont Health board chair John Lewis, the heads of cardiovascular medicine at the flagship Royal Oak hospital warned “in the strongest possible terms” they have “serious concerns” about NorthStar Anesthesia, the discount outsourcing provider slated to oversee anesthesiology services in January.

“We oppose the concept that any Beaumont physicians can be considered replaceable commodities, or that corporate leadership can assume that we would blindly accept another group of physicians to care for our patients with life-threatening cardiac conditions.”

The letter said that hiring NorthStar “violates the mission statement and values of Beaumont Health.”

Deadline Detroit obtained a digital copy of the letter written by Simon Dixon, chairman of cardiovascular medicine and Aaron Berman, the department’s chief. The letter is dated Sept. 3, but it couldn’t be immediately determined if that’s when it was sent. 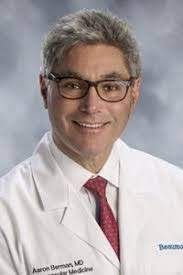 Dixon has repeatedly been ranked among the best doctors in America for his pioneering treatments saving heart muscle in patients having heart attacks. Berman is nationally recognized for nearly four decades of experience treating cardiac care and adult congenital cardiac disorders.

It’s highly unusual for hospital department heads to issue warnings to the chair of the board. A recent survey revealed the majority of Beaumont doctors have no confidence in CEO John Fox, COO Carolyn Wilson, and chief medical officer David Wood Jr. It’s known that about half of Beaumont’s board members want the top executives fired, but Lewis leads the group that’s defending the managers despite Beaumont’s implosion under their watch.

Prominent Detroit attorney and Beaumont donor Mark Shaevsky warned Michigan Attorney General in a letter dated Sept. 4 that conditions at Beaumont had deteriorated so badly that patient care was at risk. Shaevsky, who served on Beaumont’s board before its merger with the Oakwood and Botsford hospital networks, called on Nessel to require or “suggest” that Beaumont’s board fire Fox,  Wilson, and Wood.

It’s understood that other Beaumont top donors are working with an attorney to send a letter to Beaumont’s board expressing dissatisfaction with the leadership of Fox and his team. 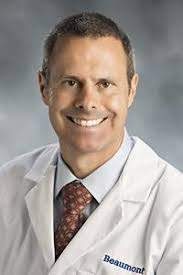 Beaumont’s flagship Royal Oak hospital does advanced cardiovascular surgeries, such as minimally invasive mitral and aortic valve repairs. Beaumont’s cardiovascular surgeons, ranked by U.S. News & World Report as being among the top 50 in the country, for decades have relied on fellowship trained anesthesiologists who are board certified in intraoperative echocardiography- the highest level of training and certification available in the anesthesia care of cardiac surgery patients.

The Royal Oak anesthesiologists are part of a local practice that is owned by New York-based North American Anesthesia Partners (NAPA), which in turn is controlled by a private equity firm. NorthStar in a recent proposal undercut NAPA on price and was willing to accept other conditions that NAPA’s anesthesiologists believed jeopardized patient care.

NAPA’s anesthesiologists have noncompete clauses in their contracts that prevents them from remaining at Beaumont and working for NorthStar, which has been trying to recruit them nonetheless. NAPA this week was unsuccessful obtaining an injunction to stop the attempted poaching.

Crain’s Detroit Business reported Aug. 24 that it received a statement from Beaumont saying the transition to NorthStar at the company’s southern hospitals went well. “We had highly qualified anesthesia providers in place and there was no disruption in patient care,” according to the statement.

Two doctors who have worked with NorthStar doctors told me that’s not the case. They said the majority of NorthStar anesthesiologists are from agencies or on loan from other hospitals and not of the quality of physicians working for Anesthesiology Associates of Ann Arbor, the company that previously had the contract. One NorthStar anesthesiologist showed up 45 minutes late for surgery and refuses to be available on weekends.

Only nine previous A4 doctors agreed to work for NorthStar, but the company is suing them for violating their noncompete agreements.

Fox on Monday toured Royal Oak’s surgical services area, where he was confronted by surgeons who laced into him because they said his extensive cost-cutting has put patients at risk. Surgeries are routinely being delayed or cancelled because there is a shortage of staff to sterilize instruments and other issues, such as no scrubs being readily available. Sanitation at the hospital has declined.

Fox carried his own water into the sterilized area, where no food or drinks are allowed. He was directed to put it away. 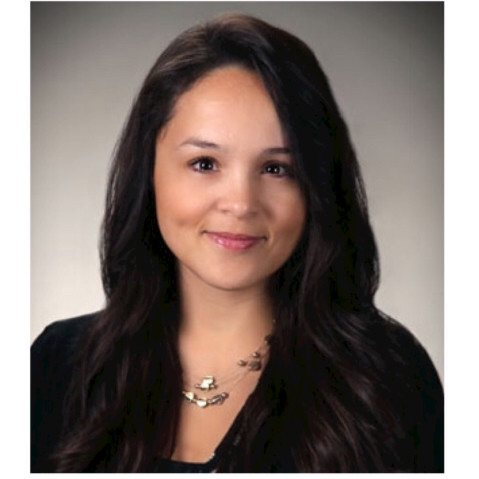 Beaumont Royal Oak is a trauma center for a major metropolitan area and until about a year ago was among the best hospitals in the country. The hospital’s CFO is Cindy Rios, who joined in April 2019. Rios previously worked at the Danville Regional Medical Center, a 250-bed hospital in Danville, a rural Virginia city with a population of 43,000.

Fox and Wilson have been waging a campaign to make nice with Beaumont employees. The company this week distributed a video of Wilson trying to humanize herself with details that she has children and grandchildren and that she has a nursing degree. Fox also made a video.

In most states, published reports of doctors voicing no confidence in a major hospital network's management and warnings about compromised patient care would warrant government intervention. Michigan Attorney General Dana Nessel has ignored the reports and this week argued  there is little she can do to stop Fox from merging Beaumont into Advocate Auora, a Chicago-based hospital network whose physicians aren’t of the caliber of Beaumont’s. Michigan Gov. Gretchen Whitmer also has remained silent.

Nessel and Whitmer have become darlings of the national media for their criticisms of President Trump’s handling of the pandemic. Whitmer has repeatedly said a second wave of the pandemic is inevitable.

Covid patients sometimes require intubations, a procedure handled or overseen by anesthesiologists. It’s seemingly of little concern to Whitmer and Nessel that Beaumont’s world-class anesthesiology staff has been decimated.

At the peak of the pandemic in Michigan, it was Beaumont’s anesthesiologists who set up a special unit to treat Covid patients at Beaumont Troy.