Turbulence gets deeper for a Macomb County state senator accused of piggish behavior toward women in work settings.

This year just became worse for Sen. Pete Lucido, R-Shelby Township, and it's not even four weeks old. A Crain's article Sunday raises the third sexual harassment complaint about him in 11 days. 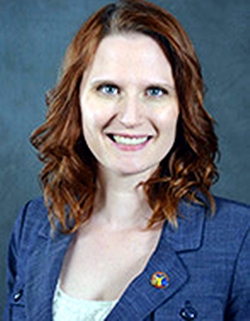 The latest account comes from financial industry executive Melissa Osborn, a regulatory and legislative affairs specialist at the Michigan Credit Union League, who tells reporter Chad Livengood about a "very uncomfortable" encounter last May at a Lansing conference room:

Osborn stood at a table in the Radisson Hotel handing out name badges to legislators as they arrived for lunch with credit union executives from across the state. One veteran male lawmaker who arrived at the downtown Lansing hotel's second-floor conference center complimented Osborn about her reddish hair. ...

About 10 minutes later, Osborn said, she felt a hand on her hip. It was state Sen. Peter Lucido, she said.

Osborn said she suddenly found herself being "uncomfortably" held by the first-term Republican senator from Shelby Township as he started commenting about her red-and-black plaid dress and how it looked on her. "He was looking at me up and down," Osborn told Crain's. "And he stayed there for several minutes, making these comments about my appearance and my look and what he liked about it."

During the entire interaction, Lucido's hand remained on what Osborn described as "my lower back/upper butt." ...

"It felt way too long," Osborn said. "It wasn't quick. He left it lingering there for some time while he talked to me."

That 40-year-old professional's account matches one from Sen. Mallory McMorrow, D-Royal Oak, who filed a formal Senate complaint last Tuesday about Lucido allegedly holding her that way during a November 2018 orientation for new senators. Her action prompted Osborn to contact Crain's.

"He's blatantly denying something that's identical to what happened to me," Osborn said.

The 59-year-old Macomb politician responds tersely to Livengood's latest request for a response: 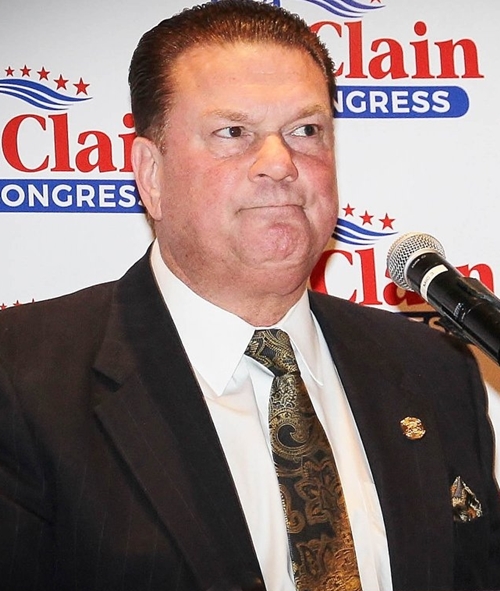 The series of complaints began Jan. 15, when 22-year-old Michigan Advance journalist Allison Donahue wrote that Lucido said parochial high schoolers standing nearby “could have a lot of fun” with her. She wanted to interview him at the Capitol.

"This would seem to put some pressure on the @MISenate to take some action against @SenPeterJLucido, who serves in leadership as Senate majority whip and chairs the Judiciary and Advice and Consent committees," Michigan Advance editor Susan J. Demas tweets Sunday morning.

The first two "sexual harassment complaints are now the subject of an internal investigation by the Senate Business Office, the human resources department for the Legislature's upper chamber," writes Livengood, who asks Osborn why she didn't tell Lucido to remove his hand last spring:

As a junior aide for a business industry group that routinely lobbies the Legislature for changes in banking laws, Osborn said she didn't feel comfortable saying something to Lucido in the heat of the moment.

"It's really hard as a woman. ... You can't really be rude to a lawmaker in this industry," said Osborn, who got out of direct lobbying for the credit union league four years ago in part because of feeling sexually harassed by male legislators.