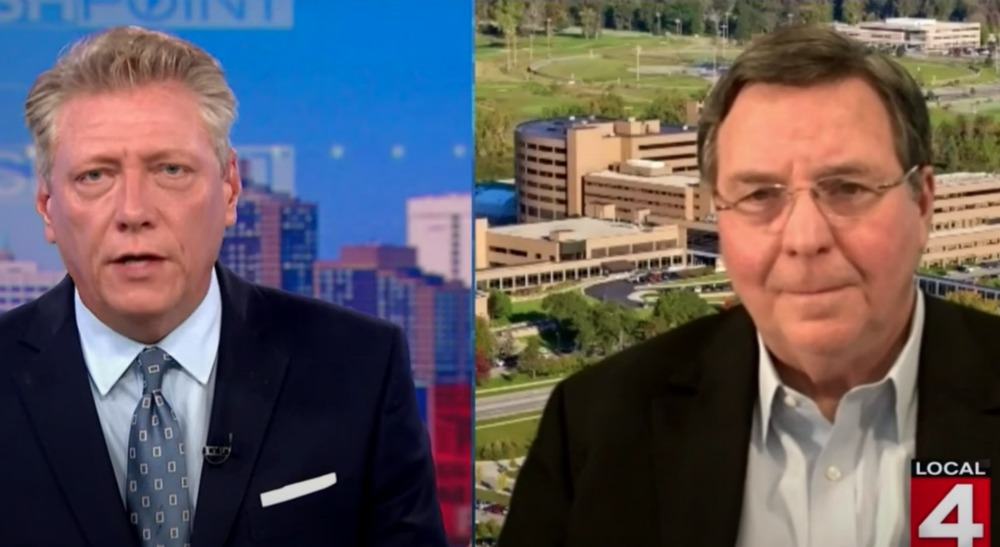 "The reality of it is that we can stay the way we are and just continue but the health care environment is changing so fast it's only going to accelerate with the pandemic," Fox said Sunday on "Flashpoint" with Devin Scillian (WDIV video below).

He said Beaumont and Advocate Aurora are similar "in that they're both community based, they're both the strongest players in their respective market, they've done exceedingly well, they have competencies that we don't have and ... we are particularly strong in areas where they're not."

Specifically, he said Beaumont is a leader in academics and research, which Aurora finds attractive. But Fox did not offer specifics as to what "competencies" Beaumont finds attractive in Aurora.

Fox also denied a loss of medical skills at the hospital because of departures.

Fox has started speaking out in the past few days to the media after Eric Starkman wrote a series of 15 critical columns since April in Deadliune Detroit questioning Fox's management style. The contributing journalist also raises concerns about top doctors leaving and the CEO's pursuit of a merger with a lesser hospital system.

His TV appearance and a sponsored-content column Monday by Fox in Crain's Detroit Business come as doctors circulate a no-confidence petition calling for the firing of Fox and David Wood Jr, Beaumont’s chief medical officer. 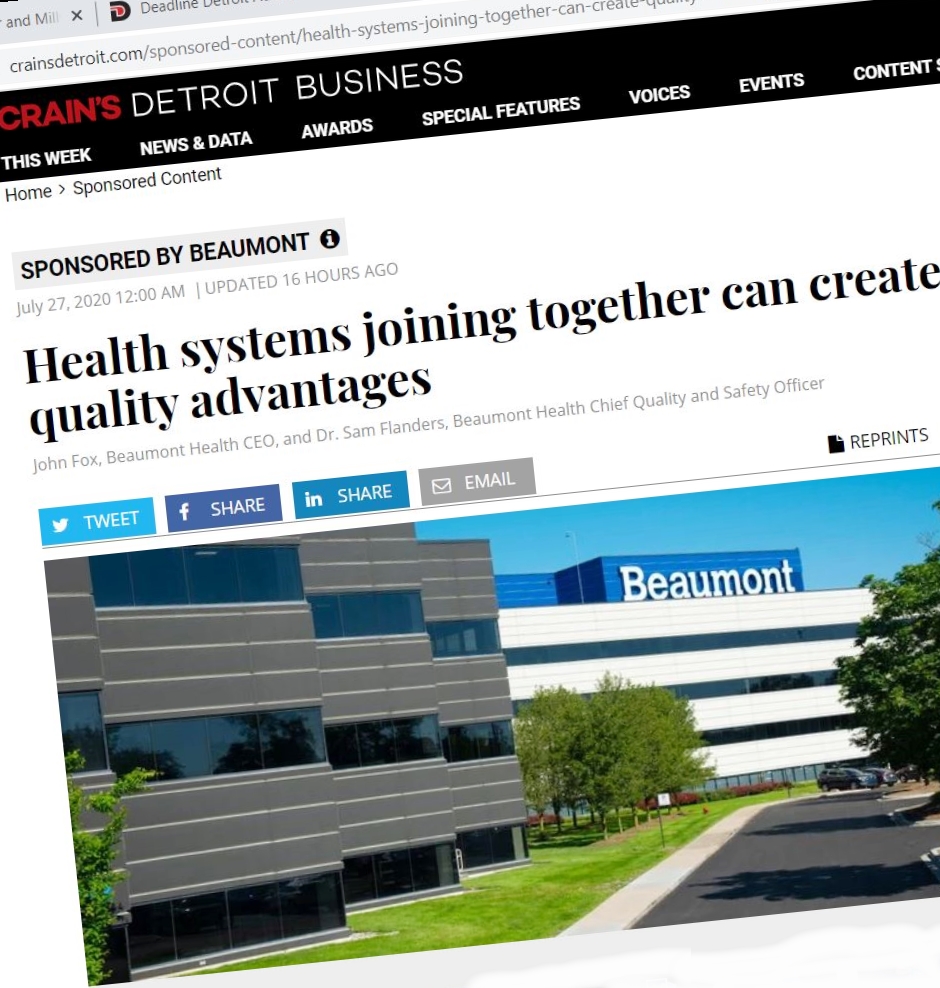 Beaumont Health paid to publish this Monday column by its CEO.

Beaumont has declined multiple requests by Deadline Detroit for interviews with Fox. It has also refused to answer dozens of questions submitted from Starkman.

"I think some people characterize, it's a little bit like people sitting at a wedding going, 'what is she doing marrying him, he's so not in her league.' And that's the way I think that people seem to feel, Beaumont is out of Aurora Advocate's league, and you should be doing better."

Fox, who has headed up the hospital system for give years, responded by saying: "I think all those comments are fair."

He then went on to defend the merger. "Long ago the Beaumont board said let's consider what our partnership options," he said.

Under Fox's reign, some nationally recognized physicians have left, and doctors and nurses have been complaining privately and on social media of a decline in the quality of health care.

Marc Sakwa, who was chief of cardiac surgery at Royal Oak, and Jeffrey Altshuler, another renowned surgeon, moved last fall to work at MemorialCare in Southern California. Sakwa, a Detroit native, was instrumental in raising funds for Beaumont’s cardiovascular specialty centers.

Fox dismissed suggestions that the health system is being drained of top talent:

"We lost two surgeons who went to California, which is unfortunate, but they've already been replaced. We've hired four more in, and had recruited an extraordinary leader who from credentials, I would put up against anybody's in terms of quality of their training, and the excellence of their work, and they've got a strong or stronger academic background."

"We think we're growing and improving. That to say, that you know we're losing talent is not correct. We have more cardiovascular surgeons now than we had a year ago and we continue to grow."