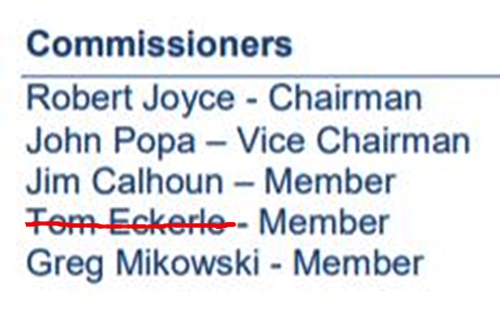 Ding-dong, the racist is gone.

Now that Tom Eckerle no longer earns $6,000 a year as an elected road commissioner in Leelanau County, residents and a regional newspaper consider lessons to remember from his public hate speech last week.

The 76-year-old, a proudly racist semi-retired farmer, planned to formally resign Monday from the six-year-term he won in November 2018.

His departure in the northern Michigan lakeside county comes six days after Eckerle spit out the n-word just before a meeting of the five-member commission and three days after its chairman notified him in writing: "We are asking that you resign immediately." That letter came after he repeated the slur four times to an Interlochen public radio reporter. 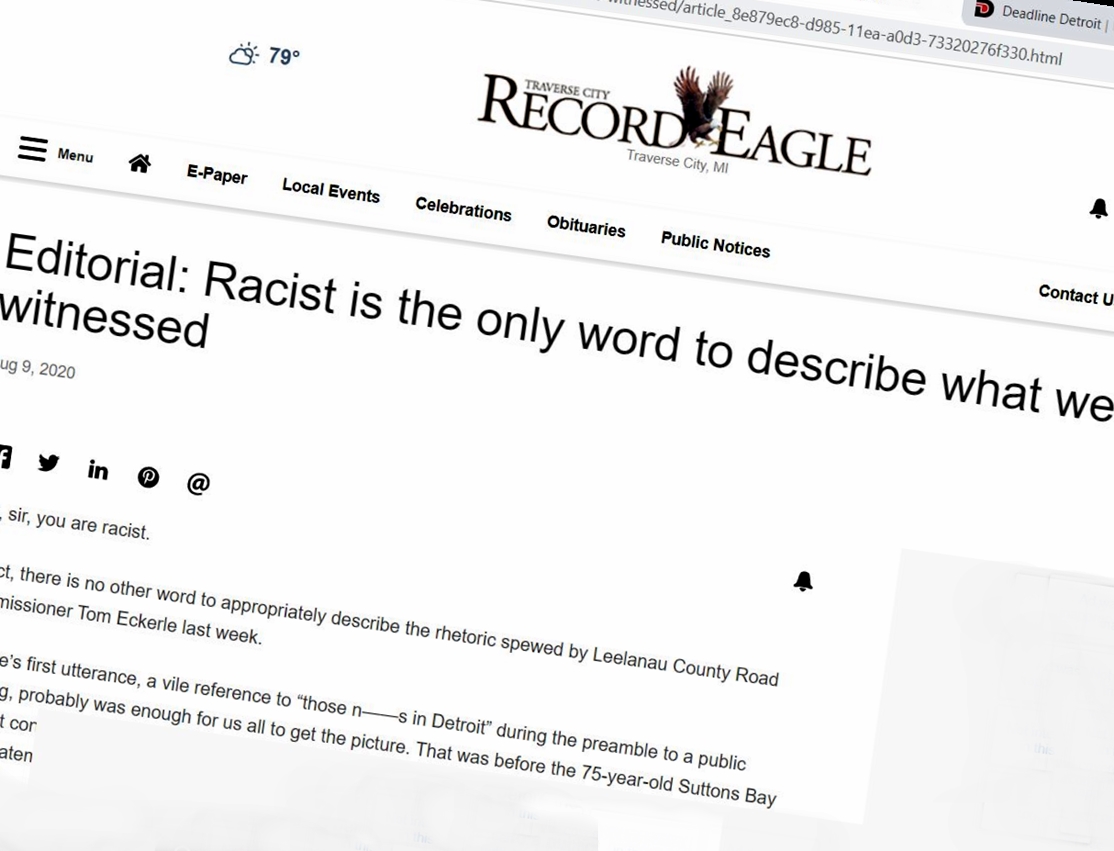 "Some people simply are unfit for office."

Now a Traverse City Record-Eage editorial, presumably by editor Nathan Payne, expresses relief that the vile-talker quits "the office he isn’t fit to hold," and considers the flare-up as a teachable moment:

Eckerle and his behavior provides an opportunity for a countywide statement of values — either through public declarations and reforms or at the ballot box. ...

We hope all elected and appointed officials pay close attention to the lessons Eckerle presented them. Not the racist dog whistles he spends so much time repeating. No, the lesson here is one of public service.

Holding elected office comes with a bundle of sacrifices — time, stress and self-interest to name a few.

Self-interest is the one on display this week in Leelanau County. Tom Eckerle showed us all how not so serve the constituents who relied upon him to represent them while in office. He reminded us that some people simply are unfit for office.

The experience also begs for introspection from us all. How we respond to those who casually seed conversations with racial slurs and other more covert racism matters.

That reminder and two reader letters condeming Eckerle are in a daily newspaper that circulates in 13 counties in northwest lower Michigan.