Ilitch organization has another grassroots social-media critic in Detroit

When Deadline Detroit wrote about the Facebook page calling itself Terrible Ilitches 16 months ago, pushback against the billionaire organization had just begun.

Since then, media coverage of the family and its broken promises -- chief among them the District Detroit non-neighborhood -- has sharpened and become far more skeptical. Where once Ilitch press releases were taken as gospel, these days even conservative Nolan Finley has had enough of their crap.

And now, a new prankster emerges.

Several handmade signs, posted near Ilitch buildings in the Midtown area, went up Saturday with messages like, "Ilitch owns these abandoned buildings and 40+ others."

The Terrible Ilitches Facebook account owner claims no responsibility. Photos of the signs can be found on another Facebook page, Don't Eat the Krazy Bread, whose administrator calls for others to post signs on 64 Edmund Place, a badly deteriorated Victorian owned by the Ilitch organization. That page also criticizes the city of Detroit for letting the rot continue without significant punishment.

It's like "Alice's Restaurant." The movement is growing, only instead of singing a bar or two of the song, you set up a Facebook page: They may think it's an organization! 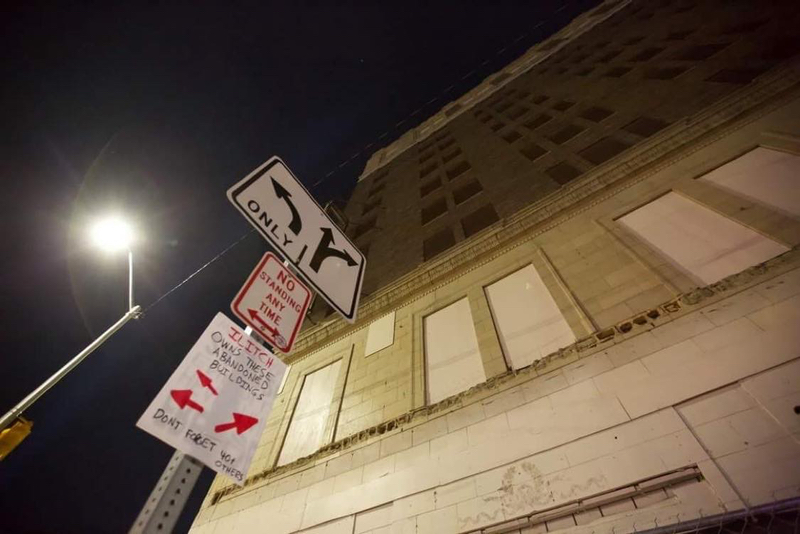