Nearly 20 percent of the respondents said they “somewhat” lack confidence in senior management.

Even more damning are the survey results of doctors from Beaumont’s flagship Royal Oak hospital, where the majority of the company’s nationally ranked surgeons and other specialists are located. Sixty-five percent of doctors at Royal Oak “strongly” lack confidence in Beaumont’s leadership and nearly 60 percent don’t support the Advocate Aurora deal.

The confidential survey findings, obtained by Deadline Detroit, were inexplicably distributed around 3 p.m. on Tuesday by the Council of Elected Medical Staff Leaders (CEMSL) whose job it is to communicate the issues and concerns of their colleagues to Beaumont’s board. Each Beaumont hospital has one CEMSL representative, regardless of size or prestige.

The CEMSL sent a communique to Beaumont’s doctors last Thursday saying the leadership group planned to keep the survey findings under wraps because they had commenced a dialogue with Beaumont’s board of directors. That decision angered many Beaumont doctors, particularly after it was learned it was possibly done in response to a board promise to delay a vote on merging Beaumont with Advocate Aurora.

The promise was meaningless because the merger requires various regulatory approvals, including that of Michigan Attorney General Dana Nessel, who indicated in a news release it would be January at the earliest before the agency could complete its review.

The CEMSL gave no reason for reversing its earlier decision not to share the survey findings with their colleagues. 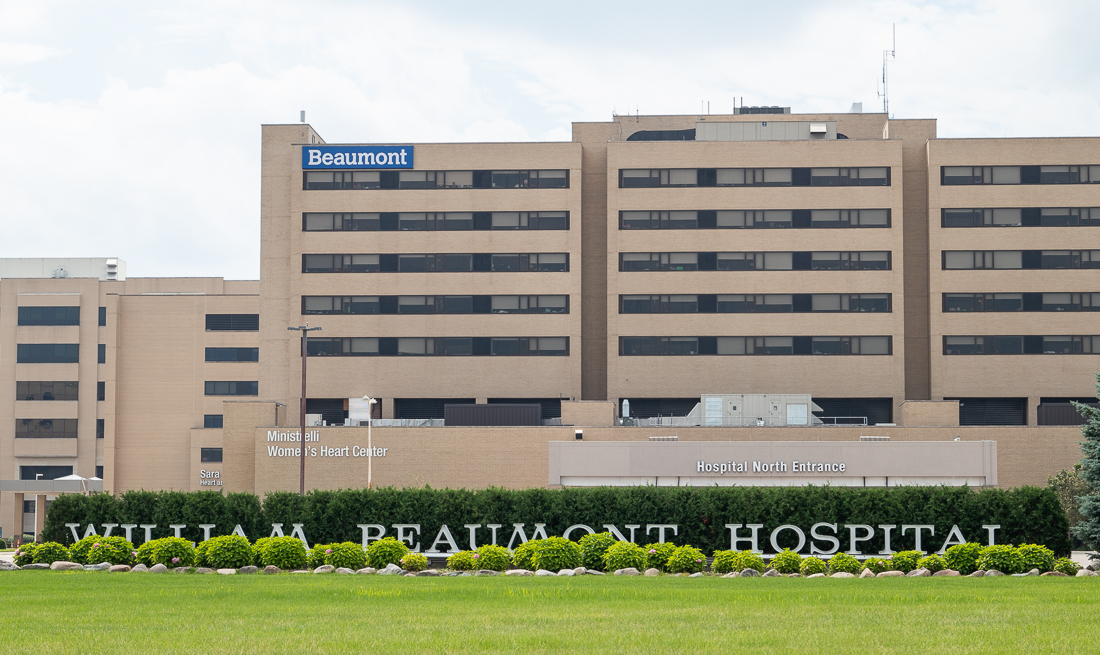 Beaumont is rapidly imploding. More than a half dozen prominent surgeons have resigned or given notice and major practice groups are far along negotiating to join rival area hospitals, most notably Michigan Medicine, University of Michigan’s teaching hospital, and St. Joseph Mercy Oakland Hospital Medical Center in Pontiac, which is about 13 miles northwest of Beaumont’s sprawling Royal Oak campus.

In fact, St Joseph is expected to land so many Beaumont surgeons and specialists some Beaumont staffers have taken to writing slogans for the Pontiac hospital based on the highly successful “Do You Have a Beaumont Doctor?” tagline Beaumont used before Fox arrived. Example: “Come See Your Beaumont Doctor at St. Joe’s.”

Among those who have bolted from Beaumont is Mark Bohen, Beaumont’s head of marketing and communications who spokesman Mark Geary said has accepted a position at Mass General Brigham, one of the most prestigious CMO jobs in health care. Bohen was handpicked by Fox in 2016 and was a member of Beaumont’s executive leadership team.

Beaumont, which claims to have handled more Covid cases than any other Michigan hospitals, is ill prepared to handle the second wave of the pandemic expected to hit the southeastern region of the state this fall. Already, Covid cases have begun creeping upwards.

The most critical doctors during the pandemic are anesthesiologists because at Beaumont they handled the majority of intubations often required to treat Covid patients when the virus overwhelmed the company’s hospitals in the spring. Nearly 40 percent of anesthesiologists at Beaumont’s Royal Oak and Troy facilities have resigned or given notice; dozens more have signaled to colleagues they will bolt before the end of the year rather than join a lowly regarded outsourcing provider that Beaumont COO Wilson awarded a contract to handle the anesthesiology services at those hospitals.

Beaumont’s southern hospitals in Dearborn, Wayne, Trenton and Taylor also face a potential shortage of anesthesiologists because of litigation stemming from a contract Wilson awarded the outsourcing provider for those hospitals. Wilson admitted in a recent court affidavit that Beaumont’s pandemic patient care would be disrupted because of a shortage of anesthesiologists.

So far, Gov. Gretchen Whitmer, Attorney General Nessel and congressional, state, and local leaders have pretty much turned a blind eye to Beaumont’s implosion, despite the increased risks to patient care for their constituents if the pandemic suddenly surges. Nessel’s responsibilities include protecting charitable assets like Beaumont, which is technically a not-for-profit despite Fox and Wilson respectively earning about $6 million and $2 million a year.

By comparison, when the University of Toledo announced its was merely considering putting its teaching hospital up for sale, it quickly reversed its decision because of bipartisan opposition that included the area’s longtime Democratic congresswoman and the state’s Republican Attorney General.

Beaumont’s board has given its wholehearted support for Fox, approving such deals as his acquisition of Summa Health which he walked away from in April without public explanation. My understanding is the board also approved Nino Salvaggio becoming the anchor store at Beaumont Commons, which subsequently was awarded to a Meijer community concept store.

A rumor has been floating around Beaumont staffers that a high-level Beaumont executive will be terminated before Labor Day. The rumor quite possibly is just wishful thinking.