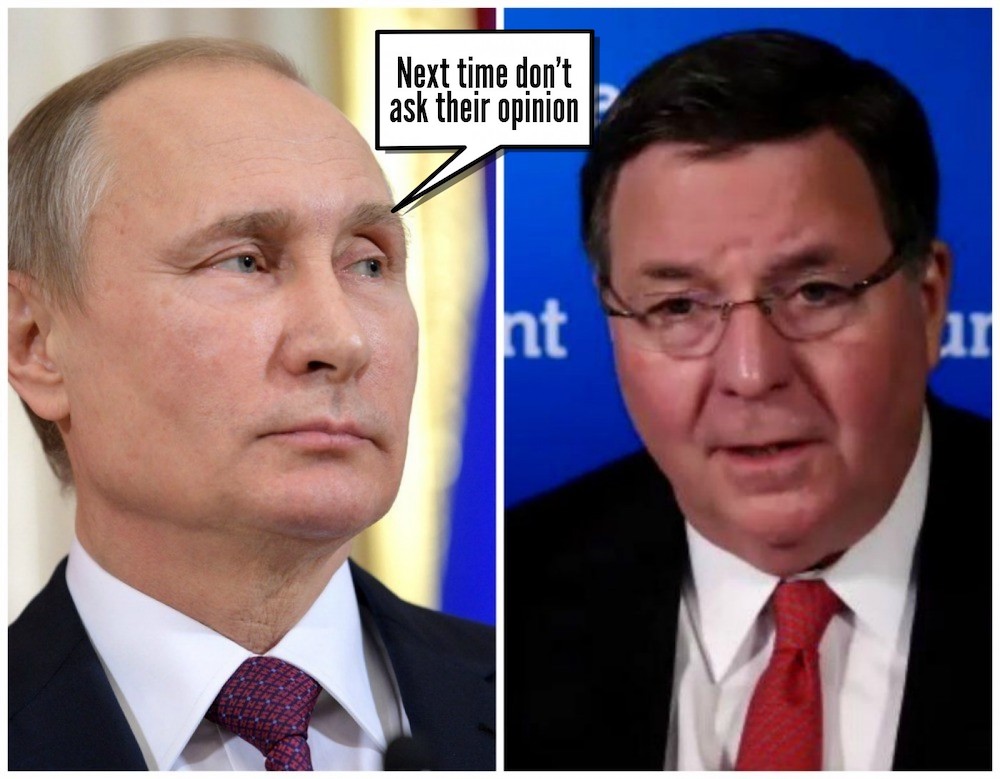 And to think that Beaumont Health CEO John Fox accused me of having secret Russian connections!

In a page right out of Russian strongman Vladimir Putin’s playbook, Beaumont’s “Council of Elected Medical Staff Leaders (CEMSL)” advised their MD comrades on Thursday they won’t receive the results of a confidential survey that more than 1,500 of them recently took the time to respond to. The survey asked doctors for their views on Beaumont’s management and plans to make the hospital network a subsidiary of Chicago-based Advocate Aurora.

The reason for the secrecy? The CEMSL believes it has the attention of Fox, board chairman John Lewis, and other members of Beaumont’s governing politburo.

“Now that a relationship with our Board of Directors has been established, we feel it is best to resolve this matter internally and not in the media,” the CEMSL said in a communique signed by doctors representing Beaumont’s eight hospitals. “To that end, we have decided to defer releasing the results of the survey. Please be confident that we will do whatever it takes to ensure that we can continue to practice compassionate extraordinary care every day and remain leaders in innovation and education.”

One thing I’ve learned for certain in writing about Beaumont Health these past few months is that “compassionate” isn’t a word few, if any, Beaumont employees associate with the company’s management. The place is a corporate reign of terror, where anyone who challenges leadership is quickly pushed out the door.

That’s why the survey had to be conducted anonymously – doctors were afraid of serious consequences if they spoke the truth. The fact that more than 1,500 doctors promptly responded underscores just how much they needed to unload their frustrations.

You can bet the survey’s findings weren’t pretty with regards to confidence in management. I’ve been writing critical articles about Fox and COO Carolyn Wilson for months and not one hospital executive or employee has disputed anything I’ve written or come to their defense.

Okay, that’s not quite true. John Fox has disputed everything I’ve written. He went so far as to call me a “psycho blogger” on that Crain’s Detroit Business podcast he bought and paid for last week with Group Publisher Mary Kramer. That’s after calling me a “mudslinging machine” blogger “coming out of L.A” on a conference call with hundreds of Beaumont doctors.

Hoping someone can help me out here: Was the bigger insult the “mudslinging machine” reference or the fact that I live in L.A.? 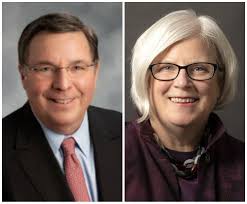 Speaking of Kramer at Crain’s Detroit, I was embarrassed for her having to ask all those softball questions. The one credible question Kramer did ask was whether Fox planned to stick around after he delivers Beaumont across Lake Michigan to Advocate Aurora. Fox said he has “a lot of incentives” to remain.

(Psst, Mary: Fox will be given a lot more incentives to disappear Stat, as they say in hospital lingo.)

Fox considers Kramer an interviewer heavyweight. In a communique to employees Friday morning, Fox complimented Kramer for asking “good and some hard questions” and shared links to his favorite answers.

Fox has yet to distribute links to any of my Deadline Detroit commentaries. Just saying.

What I’ve come to appreciate about Fox and his management lemmings is they have a language all their own. I call it Beaumontspeak, although someone less charitable than me might refer to it as deception or even borderline lying.

A classic example of Beaumontspeak was the communique sent out this week by the Beaumont Health Foundation to donors explaining Beaumont’s potential “partnership” with Advocate Aurora.

Technically, you can call the Beaumont’s deal with Advocate Aurora a “partnership” just as I can say that I’ve partnered with Chase CEO Jamie Dimon on the purchase of my home. But if Beaumont was being honest with its benefactors, it would refer to the deal as a “merger” and make clear that after the deal gets done, Beaumont will be a mere Michigan outpost of a big Chicago-based company. 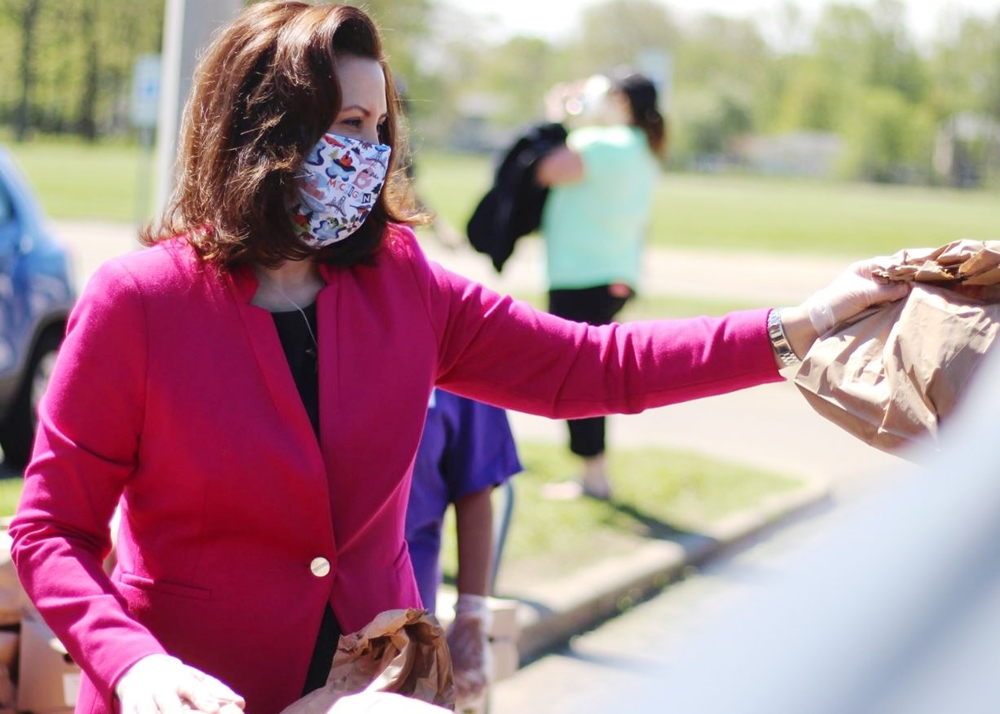 If I were a wealthy donor looking to show my support for Beaumont Hospital doctors and nurses, I’d fund a recall campaign for Gov. Gretchen Whitmer and Attorney General Dana Nessel and put them on notice that if they allow Fox to sellout Beaumont’s employees, I’ve formed a formidable “partnership” to drive them out of office.

My favorite example of Beaumontspeak was when Beaumont spokesman Mark Geary denied “rumors” the company had closed its Wayne hospital at the height of the pandemic. Despite the hospital doors being locked, no patients inside, and no medical treatments being available, Geary insisted the hospital had merely been “temporarily paused.”

I would have killed to see the look on Channel 7’s Heather Catallo’s face when Geary issued that statement saying her exclusive reporting on the Wayne hospital closure was “false.”

To her credit, Beaumont COO Carolyn Wilson sometimes breaks ranks and speaks with refreshing honesty and candor, especially on matters of economics and finance. Here’s the reason Wilson gave to a local business publication on why Beaumont has trouble finding and retaining cleaning staff. It’s a classic.

“We do have openings in environmental services,” Wilson admitted. “We have a hard time filling positions when (people can) go to Walmart at $12 an hour to start.”

Silly me, my proposed solution would have been to boost housekeeping salaries. Beaumont had a better solution, at least for the ER room at its flagship Royal Oak facility. The hospital in the midst of the pandemic did away with cleaning staff. Nurses are now responsible for cleaning patient rooms after they are vacated.

Now you know why Wilson gets paid more than $2 million a year, and I’m working for peanuts writing articles for Deadline Detroit.

Regardless of how much Fox deeply despises me, an astute reader pointed out that he and I have something in common. According to this article from the archives of Emory Health, Fox was born in Ontario, Canada.

What a small world. I, too, was born in Ontario, Canada – Toronto to be exact. I’d love to know where in Ontario Fox is from, but know better than to ask.

An anonymous Beaumont source also shared with me Fox’s birth date. If the source is correct, Fox really is 68 -- and we share the same birthday month!

So, what do you say, John? (I feel we know each other well enough to be on a first-name basis.) How about you and I take a “temporary pause” from saying critical things about each other and bond together over a couple of Molsons, eh? 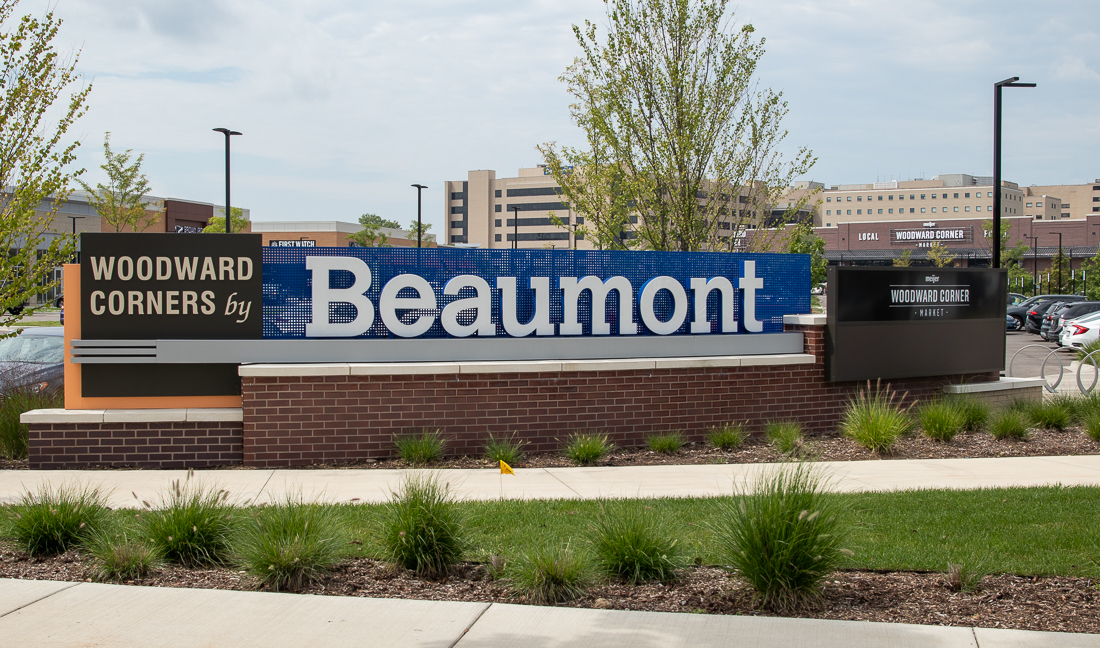 I was thinking we could swing by my favorite southeastern Michigan grocer, pick up some steaks and fresh vegetables, head over to your Bloomfield Hills estate, fire up the grill, and then belt out a couple of rounds of O Canada.

The place is called Nino Salvaggio. I’ll introduce you to Leo, the company’s president. Maybe you can write him a check for the damages he claims Beaumont caused him by allegedly screwing him out of landing the anchor store at your strip mall at 13 and Woodward.