Bannon, Kolfage, other 'wall-builders' indicted for fraud in fundraising scheme

When Steve Bannon, Brian Kolfage and other right-wing demi-celebrities came through Detroit in March of last year, in a "We Build the Wall Town Hall" to raise money for construction of a border wall with Mexico, Deadline Detroit was there and wondered what Bannon was doing in the lineup. To be perfectly honest, and we were, the rest of the people onstage that night were hardly A-listers -- Sheriff Clarke, Tom Tamcredo, Kris Kobach, etc., whereas Bannon had actually worked in the White House, as a senior adviser to the president. 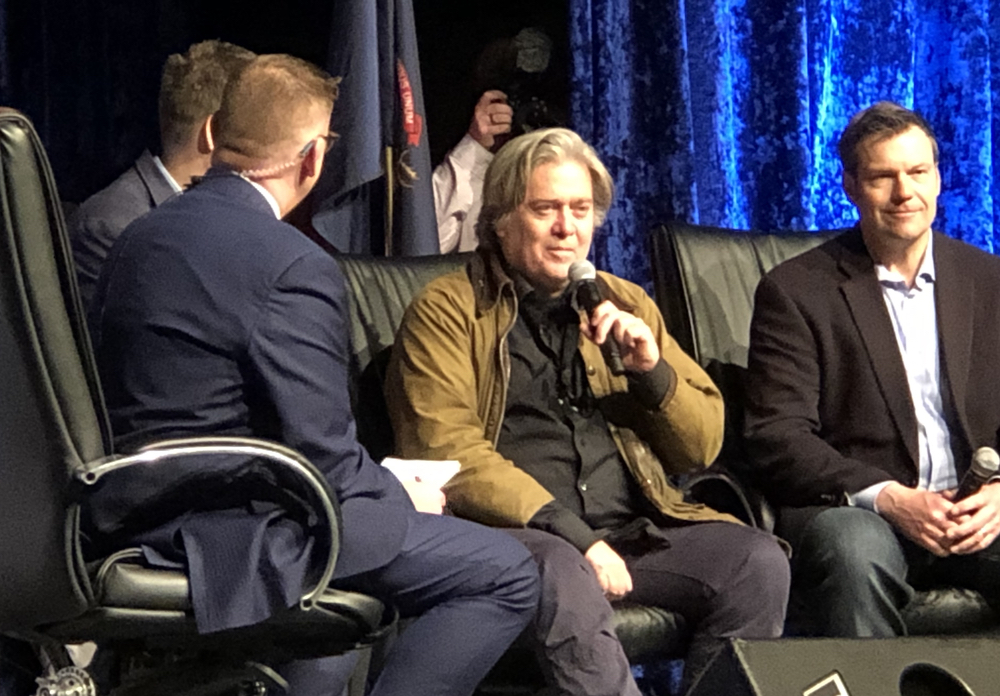 And now we have an idea why he was there: To make serious bank.

The Washington Post and other outlets are reporting Thursday morning:

Federal prosecutors in New York on Thursday unsealed criminal charges against Stephen K. Bannon, President Trump’s former chief strategist, and three other men they alleged defrauded hundreds of thousands of donors using an online crowdfunding campaign that was advertised as raising money to build a wall on the U.S. border with Mexico.

In a news release, prosecutors said Bannon and another organizer of the campaign, Air Force veteran Brian Kolfage, claimed that they would not take any compensation as part of the campaign, called “We Build The Wall,” but that was a lie. Bannon, prosecutors alleged, received more than $1 million through a non-profit he controlled, and Kolfage received more than $350,000.

The funds were allegedly routed through a nonprofit and another shell company, and "disguised ... with fake invoices to help keep their personal pay secret."

At the Detroit event, held at Cobo Center, many attendees said they would give what they could:

Gregory Smith, of Farmington, plans to donate: “I’m on Social Security. What can I do? $5? But you know, I can do something.” His friend, Gregory Allen, of Berkley: “They said they started with $5 and they raised $2 million off of that $5, so $5 is not a small deal when it comes to something like this.”

In May 2019, donors began to get restless, demanding Kolfage produce more evidence the wall on the southern border was beginning to rise.