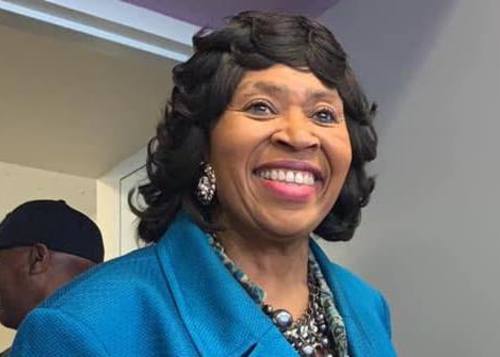 After 15 years on Detroit City Council, president Brenda Jones appears poised to hang it up.

The 61-year-old, who recently lost a second bid for Congress, has told multiple people she will not seek re-election in November, her chief of staff, Stephen Grady, confirmed. He did however note Jones has previously changed her mind.

"Before the last time she ran, she said she was only going to do a certain amount of years, but the mayor inspired her to run again," he said. "This time, she might be at her limit."

Elected in 2005 and named president in 2014, Jones is the council's matriarch, serving twice as long as many of her colleagues and credited with restoring order to the once contentious body.

"She brought calm," said political consultant Adolph Mongo. "Council has been run efficiently, they haven’t been threatening to beat up each other, and in this day and age that’s a big thing."

Jones' policy achievements include strengthening the city's dangerous animals ordinance following the mauling death of a 9-year-old girl and an ordinance requiring the mayor's office to conduct community outreach on non-development initiatives.

She has at times served as a check on Mayor Mike Duggan, voting against advancing his $250M blight bond initiative and extending the police department's facial recognition contract.

Grady said Jones decided to run again in 2017 because Duggan brushed off her concerns about a billboard that spoke to the displacement of Detroiters. (Mayoral spokesman John Roach denies this conversation took place.) She has taken steps to prepare in the event of another change of heart, pulling the petitions required to get on the ballot.

Word of her exit has invited a council colleague to run for the citywide seat she's expected to leave vacant. Councilmember Andre Spivey, who represents the 4th District, says he's taken initial steps to pursue one of two at-large seats on the 9-member body because he wants to be "involved in issues across the entire city." The other at-large seat is held by Councilmember Janeé Ayers, who is running again.

Council candidates must file by April 20.