Now a Dodge Charger has crashed into a Detroit grandmother's home

Dodge Charger drivers continue to wreak havoc on Detroit, taking lives, police resources, a storefront, an officer's dignity — and now, a chunk of one grandmother's house. 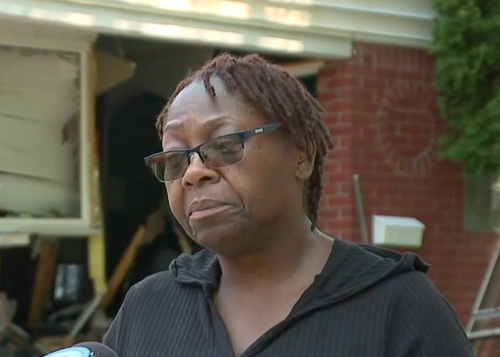 Alecia Jackson tells WXYZ she plans to move out of the city after a Charger flew into her dining room Sunday afternoon upon colliding with a mini-van. Jackson was inside her home in the area of Brock and Seymour, on the east side, with her 15-year-old granddaughter when the crash occurred.

Jackson moved to the area several years ago after living in Southfield, but says reckless driving has been a recurring problem.

The Charger driver is preliminarily believed to be at fault, WXYZ reports.