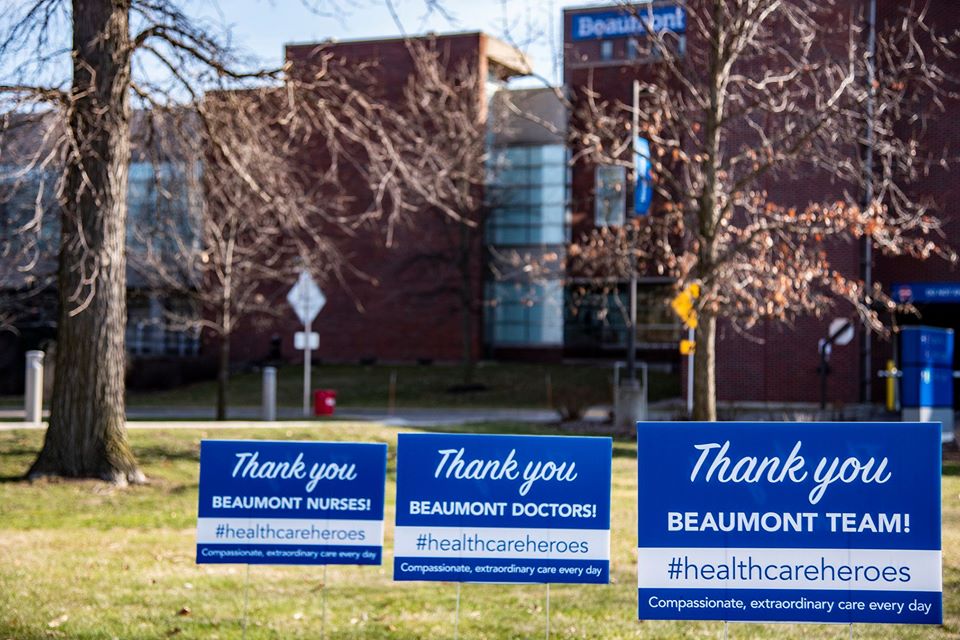 My email folder is overflowing with heart-wrenching emails from Beaumont doctors, nurses and other company employees confidentially sharing details about the horrific conditions they are working under. Disney World is supposedly the happiest place on earth. I feel safe in saying working at Beaumont is among the most miserable places.

In addition to dealing with coronavirus exposure risk, Beaumont's health care workers are stressed to the max because cutbacks have forced them to shoulder more responsibility while making do with less staff support and resources. Beaumont’s mismanagement and callous leadership have also resulted in some employees being told their services are no longer needed, only to be told a few days later that, well, they’re still needed after all.

On June 30, about a dozen Beaumont Troy ER nurses were individually called into a windowless office and told they’d be laid off as of July 12 because the hospital’s emergency business was down. But on July 8, these same nurses were told they could stick around because the ER volume had picked up suddenly.

These were the same ER nurses Michigan residents just weeks ago were celebrating as “heroes” for risking their lives to treat Covid-19 patients. And they aren’t the only front-line Covid heroes Beaumont management has shown a cavalier disregard.

Beaumont anesthesiologists at Royal Oak, Troy, and Grosse Pointe performed or oversaw all the intubations at these prestige hospitals throughout the pandemic, which put the docs at great personal risk because virus particles from coughs and gags escape into the air. Beaumont recently notified these anesthesiologists, the majority who have advanced fellowship training, they would be replaced in January with lower cost providers.

In April, while Covid cases were still on the upswing, Beaumont notified paramedics, ENTs, and critical care first responders the hospital company planned to sell their local not-for-profit ambulance division to a for-profit Chicago-based company. The division has 500 employees.

Not surprisingly, morale at Beaumont is abysmally low. Accomplished surgeons are scrambling for privileges at rival hospitals and a petition is circulating to declare “no confidence” in Beaumont management, notably accountant CEO John Fox and COO Carolyn Wilson. More than a dozen of Beaumont’s elite anesthesiologists working at the company’s premier hospitals have given notice.

Fox has been whining for months that the pandemic crippled Beaumont’s lucrative surgery business, but some of the lost business is the result of mismanagement and cutbacks. Beaumont has received more than $323 million from the federal government to make up for the lost surgical business.

Meanwhile, Beaumont’s certified registered nurse anesthetists at Royal Oak say they’ve been given conflicting information about their benefits and other critical issues from NorthStar, the low-cost outsourcing anesthesiology firm Wilson has pawned them off to.

Here’s a taste of the despair Beaumont staffers are experiencing and sharing on internal message boards:

"Wondering if some of the employees are struggling with increased anxiety, insomnia related to work stressors? I’ve worked a lifetime, and know my work well, yet for the past 3 months or so, I’ve had chronic insomnia prior to work days; when I’m at work, I often feel incredible pressure and tension to the point where I worry about stroke or heart attack. There are so many demands, often at once, co-workers equally busy with their assignments, help not readily obtainable. I could manage a ‘bad day’ every so often, now it is like this each shift. I’m aiming to manage it, I do have a plan to pursue further help if I can’t. Appreciate helpful thoughts."

Here's one of the responses:

"People loosing (sic) jobs, people unsure of job status’s (sic) for weeks on end, some having to interview for a position on a new unit with their old manager, and on and on. I’m exhausted. I think we are seeing it in the ways you described but as well in the reactive way people approach everything because we are wounded and need to be able to take care of ourselves but it isn’t being seen, or recognized."

And here’s another: "You are definitely not alone. Feel like I’m barely holding on some days."

To put the despair of Beaumont employees in perspective, despite weeks of my reporting about Beaumont’s implosion not one employee at any other Detroit area hospital has contacted me to complain about mistreatment or mismanagement. Three Beaumont employees told me separately that Henry Ford Health System treats their caregivers “royally.”

What’s laughable is Beaumont managers referring to employees as “family” in memos. If Beaumont is a family, then Fox and Wilson are father and mother. Beaumont employees should report them to corporate child services.