Beaumont Health and Chicago-based Advocate Aurora Health announced Friday morning the companies had “mutually agreed” to terminate their merger talks. No reason is given.

The termination of talks comes just days after Rep. Andy Levin, whose district includes Beaumont Health’s flagship Royal Oak hospital, vowed to stop the controversial deal. Levin, and state Sen. Mallory McMorrow, D-Royal Oak, and state Rep. Jim Ellison, D-Royal Oak, were the only Michigan politicians with the courage to speak out against what amounted to literally giving away Beaumont for free to Advocate Aurora. The deal likely would have resulted in Beaumont Health's CEO John Fox receiving a golden parachute amounting to millions of dollars.

Advocate Aurora’s CEO said in a recent interview that he was optimistic the merger would close by year-end, the original time frame when the deal was announced.

The termination raises questions about the future of Fox and his senior management. Fox said in a Beaumont sponsored Crain’s Detroit Business podcast that his five-year contract, which was slated to end in March, had been extended in 2018 and that he had numerous “incentives” to remain in his job. But Beaumont has imploded under his watch, and despite adding some benefits and other employee sweeteners, Fox and COO Carolyn Wilson are not liked or respected by Beaumont ‘s staff.

► Related: How a L.A. Journalist Turned Up the Heat for 6 Months Until Beaumont's Merger Evaporated

In recent months, Beaumont has lost a dozen prominent surgeons and specialists, half its nationally ranked anesthesia staff, and dozens of nurses. With Fox and Wilson at the helm, it’s unlikely the exodus will stop.

Fox’s top executives already seem poised for the exits. The company’s CFO and another top finance executive recently sold their Detroit-area homes, as did Beaumont’s head of HR. Beaumont’s chief marketing officer quit months ago. Fox put his Bloomfield Hills estate up for sale a year ago; he owns homes in Atlanta and North Carolina where he was expected to return. 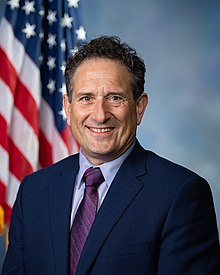 By his own admission, Fox has spent his entire tenure at Beaumont looking to merge with another partner. The company had an agreement to acquire Summa Health, a fixer-upper hospital network based in Akron, Ohio, but walked away from the deal.

With two failed announced merger talks, it likely will become increasingly difficult for Fox to cut another deal.

Under the terms of Fox’s deal with Advocate Aurora, the Chicago-based network would have gained control of Beaumont and its $2 billion cash reserve without forking out a penny. Studies show that hospital mergers result in higher patient costs and poorer outcomes, which Levin noted as reasons for promising to block the merger.

Michigan Governor Gretchen Whitmer, Attorney General Dana Nessel, and southeastern Michigan’s political and business leaders remained on the sidelines and voiced no concerns about how the merger would impact area residents.

It’s not clear what efforts Levin planned to block the Advocate Aurora merger, but indications are that Beaumont’s board wasn’t prepared to find out.

In response to the news, Rep. Levin issued a statement:

“We commend Beaumont for acting in the best interest of its patients and employees and ending merger discussions with Advocate Aurora Health. Evidence suggests that the proposed merger of these health systems might have led to higher health care costs and, potentially, worse patient outcomes. That is a risk to our constituents we were unwilling to accept.

“As our communities continue to grapple with this devastating pandemic, we believe every health system should remain 100 percent focused on serving patients and protecting the hardworking people who care for them and keep our hospitals running— not on maximizing revenues. We stand ready to support Beaumont, its employees and other health care providers throughout Southeast Michigan as they continue the essential work of caring for Michiganders.”