Referring to Beaumont’s implosion that doctors and nurses say has imperiled patient care, Shaevsky warns in a passionate letter: “We saw what happened in Flint when appropriate government action was delayed.” The Flint reference is to the nearly 8,000 children in the city who were permanently harmed by lead poisoning because of Lansing’s failure to protect the local water supply.

In his meticulous five-page letter, Shaevsky also discredits the arguments Fox has advanced to justify merging Beaumont into Advocate Aurora Health, a big Chicago-based hospital network that has never attracted doctors of the caliber and distinction of Beaumont’s.

Shaevsky’s letter to Nessel is dated Sept. 4. He shared the letter with other donors and some Beaumont board members on Wednesday. Deadline Detroit obtained a copy of the letter but agreed not to identify the author, who has judiciously avoided the public limelight throughout his career. However, Crain’s Detroit Business in a story on Thursday about the letter identified Shaevsky as the author.

Shaevsky is a former senior partner at Honigman Miller Schwartz and Cohn, one of the top regional law firms in the country. He has served on prestigious boards, including Beaumont before its merger with the Oakwood and Botsford hospital systems and Pulte Home Corp. He now runs a management consulting company in Farmington Hills.

Until now, Deadline Detroit has been a public chorus of one repeatedly warning about Beaumont’s implosion and how it adversely affects care at Michigan’s biggest hospital network. In recent weeks. about a dozen prominent surgeons and specialists at Beaumont’s premier Royal Oak and Troy hospitals have resigned or given notice, nearly 40 percent of the hospitals’ fellowship trained anesthesiologists have quit, and major practice groups are known to be negotiating contracts with rival hospitals and area ambulatory centers.

Dozens of nurses have resigned, fed up with conditions they say are unsafe for patients and themselves, as well as an abusive management that is constantly threatening to fire or discipline them. Beaumont spent nearly $2 million on union busting firms to intimidate Royal Oak nurses from organizing.  Beaumont’s health care workers feel betrayed, as there was a widespread rumor that Fox or Wilson, and possibly both, would be fired before Labor Day.

“It is not hyperbole to say that there are two life-and-death issues currently facing Beaumont Health that require your intervention and should be addressed by your Office as part of your inherent responsibility to ensure that non-profit organizations in Michigan are carrying out their missions,” Shaevsky says in his letter.

“The first is the proposed transaction to turn over control of Beaumont Health to Advocate Aurora Health, headquartered in Chicago. The second is that Beaumont Health operations have become dysfunctional, as reflected in complete discord between top administrative executives and Beaumont professionals (physicians, nurses and staff) where the professionals have lost all confidence in management’s actions, resulting in the jeopardizing of patient health and safety. 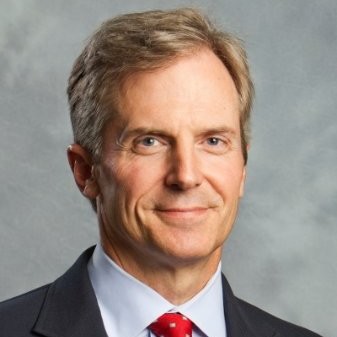 “The Attorney General’s Office should require or 'suggest' that the Board of Directors terminate the employment status of the top executives, namely John Fox, CEO, Carolyn Wilson, COO, and Dr. David Wood CMO (chief medical officer), since it is clear that Beaumont Health cannot continue to function when there is such an irreparable breach between the top executives as administrators and the professionals who make Beaumont the outstanding institution it is.”

The level of detail in the letter, including the circumstances of some controversial firings and vendor dealings that sparked Beaumont’s rapid implosion, reveals that he’s got sources on Beaumont’s board and close contacts among Beaumont’s doctors. Among the letter’s disclosures is that the board isn’t comprised entirely of persons willing to rubber-stamp Fox’s relentless cost-cutting and turning control of the health network over to an out-of-state company.

“The Board of Directors is badly divided,” Shaevsky writes. “One group supports the top executives. The other faction feels that the very essence of Beaumont’s existence is being challenged, and in order to move forward, the top executives must leave and be replaced by persons who will have the respect of the professionals, even when they disagree with management.”

Shaevsky deftly explains why Fox’s arguments to justify merging with Advocate Aurora are specious. Under the noncash deal, Beaumont would become a minority partner in a giant enterprise controlled by Advocate Aurora’s CEO.

According to the Shaevsky, hospital systems are typically sold for at least the equivalent of annual revenues, and for a premium if control is being surrendered.

Fox has said that Advocate Aurora will make a $1 billion investment in Beaumont if the deal is consummated. Shaevsky notes that promise comes “without guarantees” and regardless, Beaumont has more than $2 billion in cash reserves.

“The reality is that Beaumont has the financial resources to pay for all the projects allegedly promised by Advocate (without guarantees) – it’s cash position is strong and it has [an] excellent credit rating so it could borrow necessary funds at very attractive interest rates in today’s market.”

Fox said the Advocate Aurora investments would include moving the Oakland University William Beaumont School of Medicine to Beaumont’s flagship campus at 13 and Woodward.

“That would be a ‘nice’ place to have the medical school, but the school has been primarily on the Oakland University campus for over 10 years, has produced outstanding graduates, and has a fine reputation,” Shaevsky says.

Shaevsky also questions Fox’s arguments that hospitals need to get bigger to survive.

“Bigger has yet to be proven to be better in terms of services to patients – if anything, countless stories abound how larger health care systems lose contact with patients, etc. Management stokes fears about giants coming into health care and destroying hospital systems, such as Amazon and CVS, but history proves that health care is a very difficult business to disrupt and no outsider has yet been successful.

“So-called experts in the industry have invariably been wrong. One example: when so-called Obamacare was enacted, the Beaumont Board of Directors was told by its executives and outside advisors that Beaumont would suffer a loss of $700-$800 million over a short period as a result of Obamacare. The opposite happened. Obamacare resulted in additional revenue for Beaumont as a result of low-income and other needy citizens receiving health care attention through Medicaid and other sources.”

Shaevsky notes that Beaumont doctors and nurses have openly rebelled.

“Physicians and surgeons have circulated petitions alleging a complete lack of control of confidence in corporate leadership – something that never happened before at Beaumont. Many prominent physicians have left the Beaumont system. Surgeries are postponed because of lack of qualified staff. Nurses have too many patients to cover adequately. Sanitation is not being maintained properly, endangering patient health. 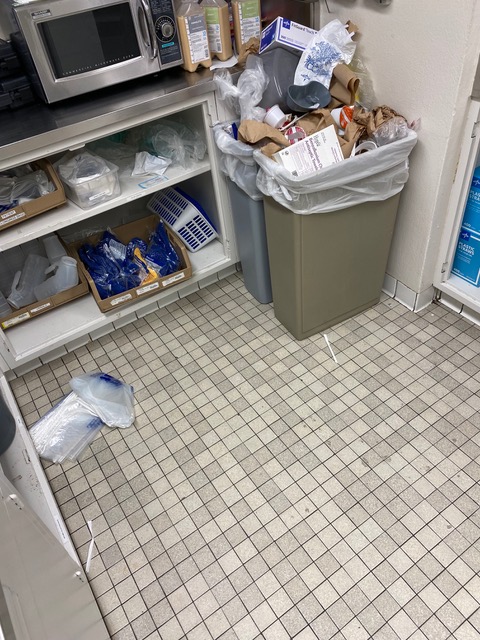 “I could go on and on. All of this chaos and disruption to patient safety has received widespread publicity, which is creating even more problems for Beaumont – it cannot attract new physicians, nurses, under such conditions.”

In closing, the Shaevsky refers to Beaumont as one of Michigan's “crown jewels.”

“I respectfully request that the Attorney General’s Office act to protect the health, safety, and welfare of the citizens of Michigan.”

Nessel has been virtually silent about Beaumont’s well publicized implosion. A July 23 press release said she would “closely scrutinize” Beaumont’s proposed merger Advocate Aurora and the sale of its not-for-profit ambulance division to a for-profit company in Chicago. Although the ambulance division sale was announced in April, the July release made clear that Nessel’s office hadn’t even determined the company was a not-for-profit.

Nessel’s flack didn’t respond when I asked her if the attorney general was investigating a Channel 7 report about Beaumont inexplicably transferring nearly 50 Covid patients, many on ventilators, to other hospitals. According to the station, one of the patients was listed as unstable for travel and died while being transferred.

Gov. Gretchen Whitmer expressed no concerns about the transfers, or about Beaumont temporarily closing its Covid-designated hospital in Wayne at the height of the pandemic.

Without outside intervention, patients at Beaumont will remain at great risk. Nessel has been put on notice that any future deaths or accidents happening at Beaumont because of the hospital company’s mismanagement will be on her head.