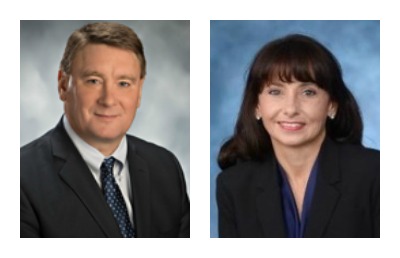 Even Beaumont employees suffering from myopia can read this writing on the wall: Beaumont CFO John Kerndl, and Denise Waters, vice president of revenue cycle, have sold their suburban Detroit homes.

The sales suggest they, too, don’t plan to stick around if CEO John Fox successfully rams through giving away Beaumont Health to Chicago-based Advocate Aurora before the end of the year. Public records reveal that Kerndl and Waters retained residences in the Nashville area after they respectively relocated to Michigan in 2016 and 2017 to join Beaumont, indicating they never were fully committed to sticking around.

Knowledgeable insiders say that Kerndl and Waters were architects of aggressive Beaumont cost-cutting that’s contributed to the hospital network’s implosion.

Fox put his 8,000-square-foot Bloomfield Hills estate up for sale last year, but hasn’t gotten any takers for the historic property, despite lowering his asking price seven percent. The home, designed by famed architect Albert Kahn, was built for Cranbrook founder George Booth. Fox owns a luxurious home in Atlanta, from where he relocated in 2015; he also has lakefront property in North Carolina.

COO Carolyn Wilson owns a home in Grand Rapids, where her husband works full time. Wilson has a condo in Bingham Farms where she stays during the week, but I couldn’t confirm whether she owns or rents it.

Beaumont insiders fear that Wilson will succeed Fox after the merger, which most would consider a major slap in the face. Wilson’s controversial decisions included awarding an anesthesia outsourcing contract that precipitated the exodus of about a dozen prominent surgeons and is expected to lead to the departure of the majority of Beaumont’s nationally ranked anesthesiologists. Despite having an RN degree, Wilson is unpopular with Beaumont’s medical staff.

When managements announce mergers, they typically pay religious lip service to their commitments to making their deals work and wait for the transactions to close before disappearing into the sunset clasping golden goose parachutes. CEO Fox has never promised that he’d stick around if his Beaumont giveaway succeeds.

Fox has maintained that he won’t receive compensation for the Advocate Aurora deal. But as prominent Michigan attorney and former Beaumont board member Mark Shaevsky noted in a recent letter warning Michigan’s attorney general about Beaumont’s implosion, the giveaway would likely trigger change of control provisions in Fox’s and his lieutenant’s contracts, potentially netting them millions while giving Michigan’s biggest hospital network to an Illinois-based network with an inferior reputation to what Beaumont enjoyed until Fox and his management team started running it into the ground.

Fox literally plans to give Beaumont away. Advocate Aurora will get control of Beaumont without paying a penny for the network or its $2 billion cash reserve. A recent survey of 1,500 Beaumont doctors revealed the majority of them have no confidence in Fox or for the Advocate Aurora deal.

Fox and Kerndl are very generously compensated. According to Beaumont’s 2018 regulatory 990 filing, Fox was paid $5.9 million that year, while Kerndl was paid $1.4 million. Waters’ compensation hasn’t been publicly disclosed.

Beaumont’s 2018 filing is the latest one available. The 990 filing for 2019 was due in July but the company hasn’t filed it.

Although Kerndl and Waters have received scant media coverage, they are quite controversial within Beaumont. They both came from LifePoint Health, a hospital company that’s publicly traded and controlled by Leon Black, a rapacious private equity executive with an estimated net worth of more than $8 billion.

Unlike Beaumont, which until recently was one of the top regional hospitals in the country, LifePoint operates in mostly rural areas across 30 states. LifePoint is a for-profit hospital whereas Beaumont enjoys a not-for-profit status, which despite the gargantuan salaries paid to top management, allows it to avoid paying taxes.

One of those contracts is for Stryker Corp.’s orthopedic medical devices, on which Beaumont receives a rebate if it uses them for 75 percent of the hospital network’s procedures. Beaumont’s orthopedic surgeons, ranked No. 11 in the country, refused to comply because many have a low regard for the Stryker products.

Beaumont’s management made it difficult for the orthopods to use their devices of choice; they were required to receive permission from Dr. Jeffrey Fischgrund, associate chief medical officer at Beaumont’s flagship Royal Oak hospital. Since 2013, Fischgrund has received more than $931,000 in consulting and other services from Stryker, a Kalamazoo-based medical technologies firm. Fischgrund requested that surgeons seeking permission to use alternate Stryker products make their requests by calling him rather than in an email.

Beaumont also has a bulk deal to use J&J’s Ethicon surgical staplers, which some surgeons complain result in leaks. A doctor independent of Beaumont made the same allegation on social media in response to a Deadline Detroit story about the hospital network using the device.

As CFO, Kerndl also is responsible for overseeing the management of Beaumont’s $2 billion cash reserve. Beaumont reported that in 2018 the value of its investments declined by $64 million despite a roaring bull market. The company has refused to explain the loss and to identify the money management firm that was responsible for it.

Waters oversees Beaumont’s bill collection practices. Like Fox, she holds an accounting degree and an MBA. Waters requires her team to work in the office during the pandemic, regardless of whether they have underlying conditions.

Fox’s Beaumont giveaway must be approved by Michigan Attorney General Dana Nessel, who has yet to publicly acknowledge she knows or cares about Beaumont’s implosion and the impact on the network’s 38,000 employees. Shaevsky in his letter warned Nessel that patient safety is at considerable risk.