And where are the clowns?
Quick, send in the clowns
Don't bother
They're here
-- "Send in the Clowns," Stephen Sondheim (1973)

The Republican, discliplined by his party's Senate leader in March for inappropriatre workplace behavior, won the law enforcement job with 52.5 percent of county votes Tuesday.

Macomb's last prosecutor, Eric Smith, quit in March and awaits federal court sentencing after agreeing to plead guilty to obstruction of justice. He admits encouraging two assistant prosecutors to help cover up his theft of $70,000 in campaign donations.

Now the $148,619-a-year job will be filled for at least four years by a Shelby Township divorce attorney and ex-legislator whose campaign slogan says he has "standards the public can trust." On Facebook, he vowed Wednesday: "I'm ready to restore integrity, transparency and justice to the prosecutor's office." 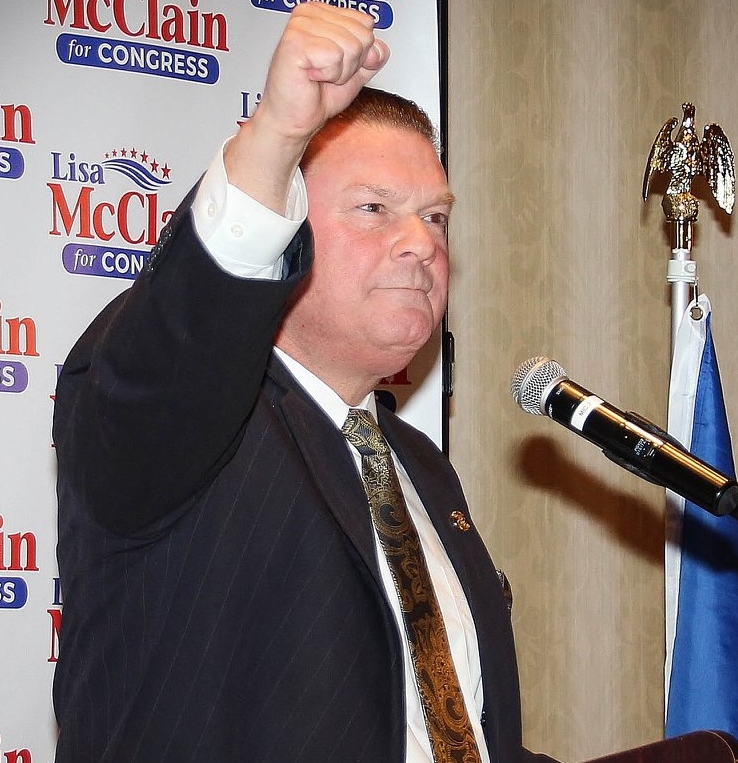 That remains to be seen. What's known about his personal standards is that last January, Michigan Advance reporter Allison Donahue called out Lucido for "making comments that objectified and humiliated me in front of a group of young boys" touring the Capitol. The journalist, then 22, quoted him as saying: "You should hang around! You could have a lot of fun with these boys, or they could have a lot of fun with you."

State Sen. Mallory McMorrow, D-Royal Oak, and a Lansing lobbyist then came forward to say he had touched them inappropriately. McMorrow filed a formal complaint, which brought Lucido's removal from a committee chairmanship and a directive to attend anti-harassment training.

His misbehavior didn't surprise veteran Macomb politics columnist Chad Selweski, a Deadline Detroit contributor who wrote at the time that "the bombastic Republican ... with enough swagger for a dozen politicians was bound to get foot-in-mouth disease sooner or later."

When Lucido made his crude remark to Donahue, he seemed to be showing off in front of a group of boys from his alma mater, who were visiting the Capitol. It appears that Lucido has never graduated from the juvenile attitudes he acquired at De La Salle decades ago.

Of course, adding to the self-inflicted damage was that Donahue was trying to get answers as to why the senator was a member of an anti-Gov. Gretchen Whitmer Facebook group. ...

Before all this, Lucido was cruising toward a run for governor against Whitmer in 2022, but these recent incidents may sink his chances. The senator telegraphed his disdain for Whitmer in a radio interview last year when he said the governor would rather "play with Barbies" than solve a budget impasse.

An now he'll be prosecutor through 2024. In the words of lyricist Stephen Sondheim: "Isn't it rich?"