"Are you familiar with a phenomenon called West Michigan Nice?” the caller began.

I assured the caller I did and recounted the time I visited Grand Rapids with a lifelong New Yorker who after a day of meetings at a local banking company said, “I need to get out of this town. I can’t take the f-----n niceness anymore.”

To many current and former Black employees at Grand Rapid-based Spectrum Health, which jointly announced last week with Southfield-based Beaumont Health they are seeking to merge, the niceness masks a racist façade that forced them to endure what they say are continuous discriminatory and humiliating conditions. This includes a Black Spectrum worker who said colleagues observed the employee being examined in a near-naked state while undergoing a hospital exam. The Spectrum employee insisted the modesty of a white employee would be respected, and that it wasn’t the first patient privacy violation they experienced. 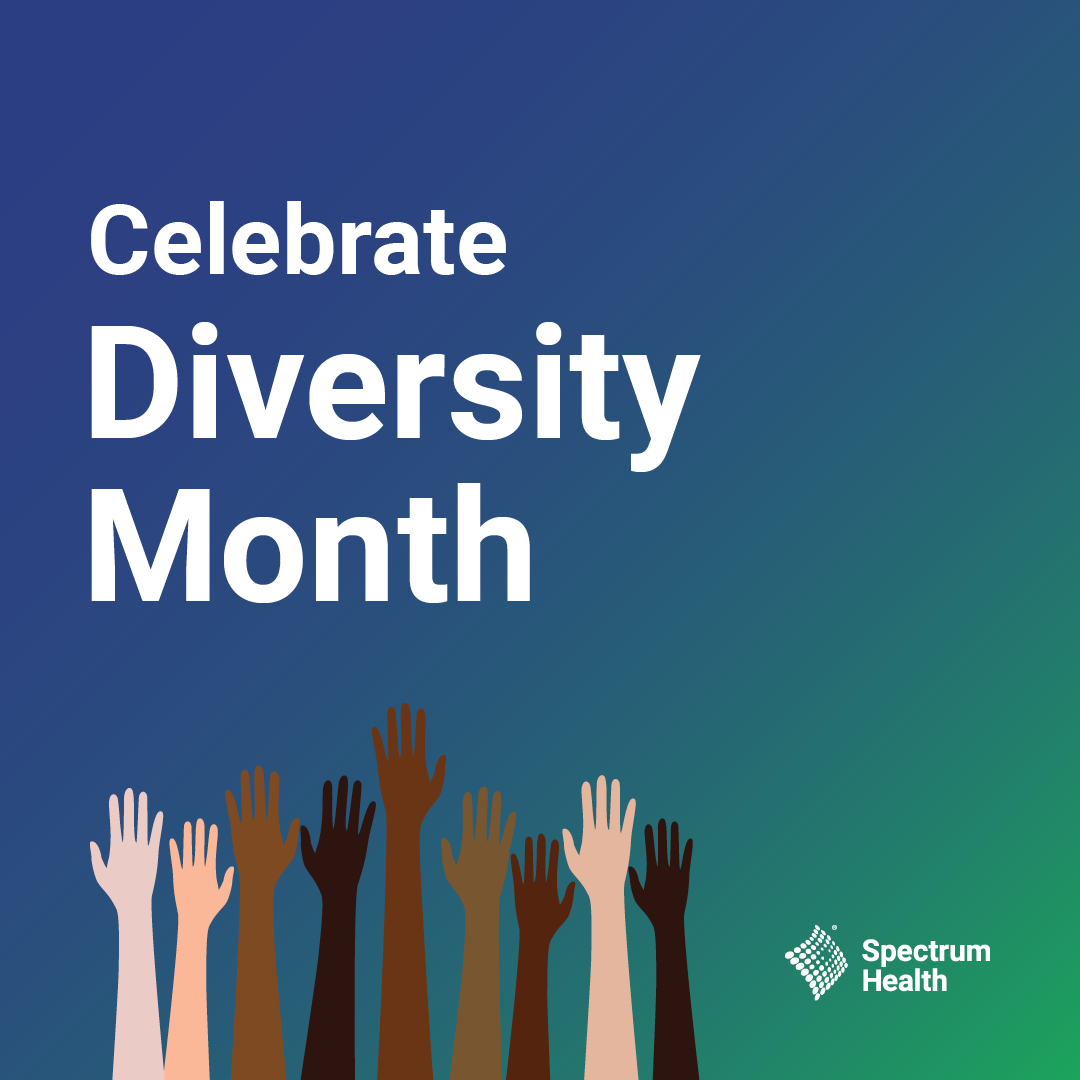 Spectrum in the past two years has experienced a significant turnover of Black employees in its seemingly troubled HR department, an alarming development given that HR is responsible for implementing what CEO Tina Freese Decker says is her biggest priority: Building a health system that “celebrates and reinforces diversity and inclusion.” The challenge filing a lawsuit is that when Black employees leave because of what they perceive as intolerable conditions, they are given payouts if they agree to not talk publicly about their concerns.

Black employees who remain at Spectrum are frightened to speak out, particularly in the wake of Spectrum’s announcement to merge with Beaumont. If the merger proceeds, a combined Spectrum and Beaumont would create Michigan’s largest health system and employer. A company allowed to achieve that kind of might will be able to crush any employee who challenges it, and possibly prevent that person from ever again working in Michigan healthcare, and maybe anywhere else in the country.

Blacks in Grand Rapids are especially vulnerable. Forbes in 2015 ranked Grand Rapids second only to Milwaukee among U.S. cities where Blacks were experiencing the most economic hardship. A 2017 report by the NBC affiliate in Grand Rapids on the 50-year anniversary of the city’s riots found economic conditions had worsened since the unrest.

What sparked Spectrum’s Black employees to consider a class action lawsuit was a 90-day performance review of a Black female employee, which characterized her as “whip smart,” “a great question asker,” “genuine,” “very thoughtful” and “very gracious.” The review also said the employee must be “very mindful of her nonverbals and tone (e.g. facial cues, furrowed brows, pursed lips).” The employee was also instructed to “build her resilience and Teflon” and to avoid asking “direct why” questions. 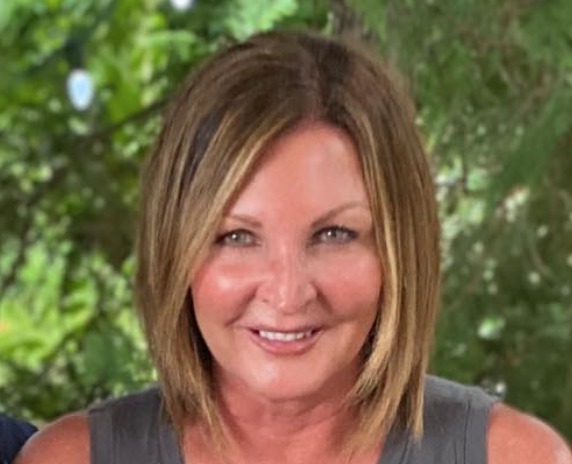 Other Spectrum Black employees were cautioned about being “confrontational,” and urged to monitor their “nonverbal cues,” and their speaking “tone.”  Spectrum’s Black employees say criticisms of being subtly hostile are aimed only at them. If true, the criticisms might be deemed racist given that Grand Rapids rivals California as home to some of the most passively aggressive people in the country. Ken Bogard, a consultant in suburban Grand Rapids, has written about how “West Michigan Nice,” can be detrimental to a corporation.

Understandably, no Spectrum employees were willing to speak on the record. But Deadline Detroit has confirmed that some current and former Black Spectrum employees have engaged an attorney to review some incidents they believe are racist or discriminatory to determine if there are sufficient grounds for a class action lawsuit and whether to continue gathering evidence.

Patient privacy increasingly doesn’t appear to be one of Spectrum’s strengths. A local television station reported in March that OBGYN residents were posting photos of themselves on social media holding surgically removed organ and tissue material and playing a game they likened to the “Price is Right.” Spectrum has not publicly disclosed the results of the internal investigation that it said would be launched when the television report first aired. My understanding is the residents are still working at Spectrum.

Blacks at Spectrum disproportionately work in lower paying jobs, according to Black employees. Spectrum encourages employees experiencing economic hardship to utilize the company’s subsidized food program. Black employees say a more meaningful gesture for Spectrum’s lower-paid staff would be to pay them more so they could afford to pay for their own meals.

An indifference to helping reverse the struggles of employees on the lowest end of the pay scale might be a Grand Rapids thing.

Beaumont COO Carolyn Wilson, whose primary home is Grand Rapids, issued this response in December 2019 when asked why Beaumont had chronic support staff shortages at its hospitals in the southern Metro Detroit area: “We have a hard time filling positions when (people can) go to Walmart at $12 a minimum to start.” Crain’s Detroit Business reported at the time Wilson made that comment, Beaumont housekeepers started at $10 an hour. Wilson earns about $2 million a year.

Walmart has since raised its minimum wage to $15 an hour. So has Beaumont, but only after the company kept losing staff to Henry Ford Hospital and other companies that were paying higher wages.

I reached out Monday morning to Spectrum’s PR team and shared with them the salient details of this article, but never heard back. They possibly are following the example of Beaumont spokesman Mark Geary, who typically ignores my requests for comment, except when some serious legal issues might be involved, such as when I reported that a Beaumont executive and surgeon was pressuring orthopedic surgeons to use medical devices they considered inferior.

The joint Spectrum and Beaumont merger announcement was bare bones, disclosing only that the hospital companies planned to merge, but offered few specifics. The release made broad based claims that multiple studies demonstrate are untrue, including that the merger will result in better and lower cost patient care for Michiganders.

One need to only look to California, where Sutter Health achieved market dominance in the northern part of the state and then was charged with illegally driving up prices and stifling competition. Sutter in 2019 settled a landmark antitrust case brought by California’s attorney general for $575 million. Sutter likely still came out ahead with its alleged overcharging.

There is no evidence to suggest that Michigan Attorney General Dana Nessel has the resolve, or even the legal smarts, to take on a major antitrust case. Nessel remained silent while Beaumont imploded in the past 15 months, and she’s taken no meaningful measures to curb Oakland County’s rampant court guardian elder abuse, among the most extensive in the country.

The joint Spectrum and Beaumont release didn't disclose the financial terms of the merger or refer to Beaumont’s $3.5 billion cash reserve, which technically belongs to southeastern Michigan residents. The release also made no mention of COO Wilson, and what, if any, role she will play in the merged organization. Under the terms of an earlier merger deal Beaumont CEO John Fox tried to pull off with Illinois-based Advocate Aurora, Wilson was expected to oversee the merged companies’ southeastern Michigan operations.

Michiganders appear comfortable living in a state whose government ranks dead last for transparency.  Despite virtually no material details being disclosed, the fix is already in on the Spectrum/Beaumont merger.

Rep. Andy Levin, whose district includes Beaumont’s flagship Royal Oak hospital, has let it be known he’s not likely going to get in the way. Representatives Rashida Tlaib and Debbie Dingell, whose districts are served by Beaumont’s two- and three-star rated southern hospitals, have yet to say boo about the merger. If I was in their shoes, I’d be demanding some very specific commitments to improve the substandard Beaumont hospitals servicing their constituencies.

For all Gov. Gretchen Whitmer’s talk about her concern for achieving healthcare equity, I expect she will remain silent as well. Whitmer believes that healthcare equity can be achieved by requiring all Michigan healthcare professionals to undergo two hours of implicit bias training to be licensed in the state.

Unless there is some federal intervention, I expect Spectrum and Beaumont to complete their union by the fall, as is their plan. When the deal is consummated, I will be embarrassed for Spectrum Health’s directors. The company’s board is comprised of qualified executives and leaders who have demonstrated an admirable commitment to the residents of Western Michigan. The same can’t be said for Beaumont’s directors, whose backgrounds aren’t even disclosed.

Rest assured, the Spectrum directors will exude some “Western Michigan Nice” so the failed Beaumont directors can remain oblivious to what their Grand Rapids colleagues are really thinking.