Starkman: Beware! Seven Failed Beaumont Directors Will Serve on Board If Spectrum Merger Gets Approval 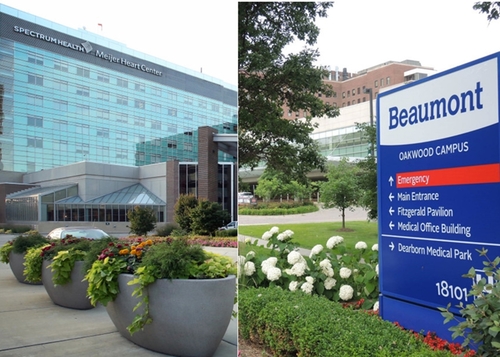 It is said that you can judge a person by the company they keep. It speaks volumes that Spectrum Health CEO Tina Freese Decker and her fellow directors have chosen to get into bed with the directors who are ultimately responsible for the implosion of Beaumont Health.

If the proposed merger goes through, seven Beaumont board members will serve on the board of the combined companies. Eight will come from Spectrum, including Freese. An additional director will also be named.

Even more disconcerting: Beaumont chairwoman Julie Fream will serve as chairwoman if the companies merge.

Beaumont’s board failed in their duties overseeing the hospital system they were responsible for protecting. Giving some of them oversight over a considerably bigger hospital system is reckless and irresponsible.

Though a far cry from what Beaumont Health was before CEO John Fox and COO Carolyn Wilson arrived, Spectrum is a quality healthcare company overseen by a responsible board comprised of directors who are pillars of western Michigan’s business communities. Spectrum’s management is rightfully proud of the people who they are ultimately accountable to because directors’ bios and photos are featured on the company’s website.

Beaumont’s Fox doesn’t take pride in the directors he is supposedly accountable to, possibly because he regards them as his subordinates. Beaumont’s leadership page only features a photo and bio of Julie Fream, who on paper at least seems credible: Fream is the president and CEO of the Original Equipment Suppliers Association, an industry nonprofit, and she has a Harvard MBA.

There are no bios or photos of Beaumont’s other directors, and that’s by intent. Most of them aren’t qualified to serve on the board of a major hospital company and the proof is in the Beaumont pudding. Under their oversight, Beaumont suffered a precipitous decline in reputation and quality of care. A credible and competent board would have fired Fox, Wilson, and chief medical officer David Wood Jr. after internal surveys last year revealed the majority of Beaumont doctors and nurses had no confidence in them.

The metric that matters most is quality of patient care. By that measure Fox, Wilson, and Wood have poor performance scorecards. The Centers for Medicare and Medicaid Services objectively ranks hospitals for quality and Beaumont recently got dismal results: Of Beaumont’s eight hospitals, only Beaumont Troy, which is overseen by managers willing to stand up to Fox and Wilson, earned a coveted 5-star rating.

Beaumont’s flagship Royal Oak hospital only garnered a four-star rating and its other hospitals earned two-and three-star ratings. The rankings are based on data compiled before Beaumont Royal Oak outsourced its anesthesia services, a controversial move linked to the death of a patient undergoing a routine colonoscopy and another patient landing in the ICU because of a pain medication overdose. Several prominent Beaumont doctors warned the board they had serious concerns about the anesthesia outsourcing company before it took over, but Beaumont’s board ignored the concerns. 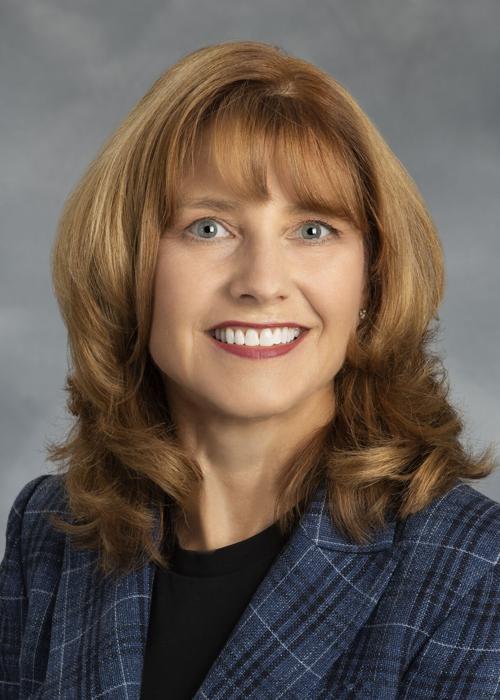 Naming Fream as chairman was done for optics, an attempt to assure Southeastern Michigan residents that their interests would be protected if Spectrum and Beaumont merge. It’s a standard practice when companies of near comparable size combine: The company whose CEO is tapped to lead the merged company agrees to have the chairman of the partner company serve as chair.

Spectrum and Beaumont are not corporate equals. Far from it. Spectrum is a competently run company on an upward trajectory, while Beaumont is a very damaged goods operation. Beaumont Royal Oak in the past 18 months has lost more than a dozen prominent surgeons, half of its fellowship trained anesthesiologists, more than 50 nurse anesthetists, and dozens of nurses.

Beaumont’s orthopedic surgeons, ranked among the best in the country, are doing their lucrative joint replacement surgeries at area ambulatory centers. There are some serious issues with NorthStar Anesthesia, the Texas-based outsourcing company that Wilson “bet the farm” on and losing badly so far. The list goes on.

I know little about Fream, who served as Beaumont’s vice chair for several years. But Beaumont’s release last month announcing her elevation to chair to replace John Lewis provides some insight. The release, which Fream presumably signed off on, said her appointment “was part of a normal governance leadership rotational process.”

That wasn’t entirely true. It’s reasonable to assume the real reason for Fream’s elevation was the board knew Fox was close to inking a deal with a merger partner. Lewis previously served on the board of one of Beaumont’s predecessor companies and likely didn’t want to continue after Beaumont completed its merger. Rather than having people speculate he was passed over, he chose to step down in advance.

Beaumont institutionally has a very tenuous relationship with truth.

In its announcement to employees, Beaumont said the merged company will maintain dual headquarters in Southfield and Grand Rapids, an economically inefficient move if true but it likely isn’t. It’s Beaumont’s attempt to mislead southeastern Michigan residents that they aren’t losing a local institution. A company is headquartered where the CEO is based.

The merger talking points for Beaumont’s leaders includes a commitment to improve “health equity.” This from a healthcare company that at the height of the Michigan pandemic last year temporarily closed Beaumont Wayne, a hospital catering to economically disadvantaged individuals with little or no insurance. In a further diss to the community, Beaumont converted a laundry facility into a makeshift morgue without getting permits.

Spectrum also is comfortable issuing misleading or deceptive statements, so culturally Beaumont is possibly a great fit. Spectrum’s joint release with Beaumont says the aim of the deal is to “make health care more affordable for the communities we serve.” Here’s my challenge to Freese Decker: For every independent study she can come up with showing where hospital mergers resulted in more affordable care, I will come up with two showing the opposite. There is compelling research showing that hospital mergers result in higher patient costs and reduced quality of care.

The joint release promotes the benefits of Priority Health, Spectrum’s insurance plan. Hospital plans are designed to incentivize doctors not to order or recommend expensive procedures in order to reduce payouts. The insurance business is among the most profitable sectors in healthcare, but as anyone who has dealt with one of these companies know, their priority is profits, not patient care. Priority’s goal is to capture as much market share as possible and then use that power to reduce what it pays to doctors to cover their services.

What Happens to Wilson?

What’s notable about the joint announcement and Beaumont’s internal communications is what’s missing. Terms of the deal aren’t disclosed, likely because Spectrum is gaining control of Beaumont and its $3.5 billion reserve for next-to-nothing, and possibly paying nothing at all based on Fox’s previous deal making. And there is no mention of what, if any, role Beaumont COO Carolyn Wilson will play after the merger.

The merger could still fall apart if Spectrum has a top-notch due diligence team. Spectrum’s board strikes me as pretty buttoned up, so they might not yet appreciate the extent of how damaged Beaumont really is.

Spectrum’s board is certainly a lot tougher on compensation. According to the most recently available filings, Freese Decker earned $3.9 million in 2018. Fox that year was paid $5.9 million.

Southeastern Michigan residents shouldn’t look to Rep. Andy Levin to save the day. He tweeted on Thursday that he was “cautiously optimistic” about certain aspects of the partnership. The only aspect of the deal worth cheering about is that Fox will finally be removed from Beaumont, but the company shouldn’t have to lose its independence to make that happen.

As one source commented: “Why doesn’t the board just give Fox $25 million to go away?”