This Oct. 17 repost is next-to-last in our Top 10 countdown of popular 2019 articles. Choices are based on readership and staff selections. Links to earlier installments are at the end.

A cop fires into a home during a “wellfare check" last Saturday [Oct. 12] in Fort Worth, killing a 28-year-old resident.

In hours, police officials release one minute and 16 seconds of the officer's body cam footage, showing how he abruptly fires through a rear window without identifying himself. 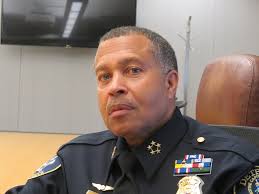 James Craig: "“If you point a gun at officers, it doesn't matter whether you're a suspect." (Photo: Deadline Detroit)

Even in Texas, police realize the public has a need to know. The public has a right to know. And the police have a duty to explain. The officer has resigned before he could be fired and is charged with murder

Why can't our police do that? When things go sideways in the Detroit Police Department, the rule of the day is to stall, prevaricate, claim to investigate until the public and the press suffer collective amnesia.

Case in point: We are no closer to knowing why a 46-year-old man asleep on a living room sofa died at the hands of police in September 2018. Remember him? He was one of the biggest stories in Detroit . . . until he wasn't.

Hunt for a baby-killer

In their hunt for a baby-killer, police raided a west-side home before dawn. A flash-bang grenade was used to disorient those inside. A SWAT team breaches the front door, where apparently, they encounter a man lying on the floor with an AR-15 style pistol in hand. 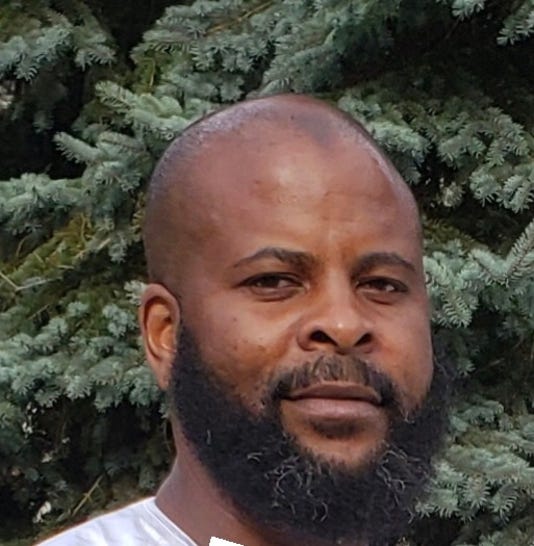 That sleepy man – Detric Driver – was “neutralized,” according to investigators' notes obtained by Deadline Detroit under the state Freedom of Information Act. (Michigan State Police, who are investigating the shooting, as well as Detroit Police, won't provide videotape, claiming the investigation is "ongoing." The court papers and search warrant have been sealed.)

"Neutralized" in this case means Driver was shot by the lead commando, Brandon Seed, a 21-year-veteran of the force who fired 15 times. No other Special Response Team officers fired a shot, according to detectives' notes.

► Update: Cpl. Seed received an unrelated Medal of Valor from the chief Nov. 6 at the seventh annual Above and Beyond Awards ceremony in the MGM Grand Detroit.

Driver wasn't a suspect in the 5-year-old's murder and wasn't even a person of interest. He just had the misfortune to be sleeping in the wrong place at the wrong time.

Police were seeking to interview a woman sleeping upstairs, who was taken in to custody, questioned and released.

As for the pistol Driver allegedly leveled at intruders busting into the house? It was under the sofa for household for protection -- not an uncommon practice on the wild, wild west side or in Fort Worth.

Even though Driver was not a suspect in the death of 5-year-old Isabella Coleman, Police Chief James E. Craig cavalierly suggested that Driver had what was coming to him. 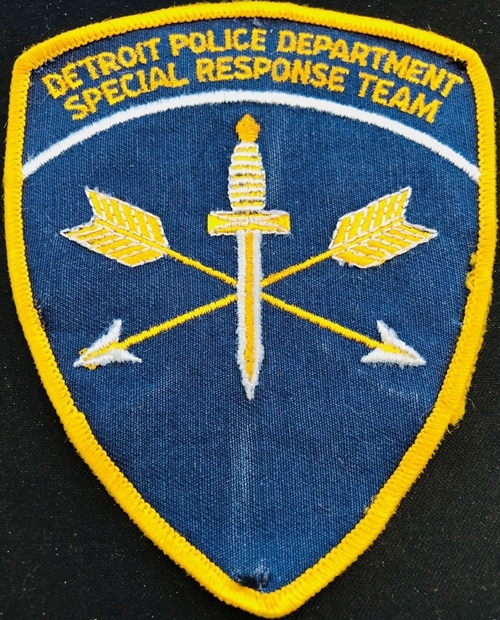 “If you point a gun at officers, it doesn't matter whether you're a suspect in any other case,” he said then, adding that the lead officer's body cam video was too murky to see Driver actually brandishing the weapon.

But the next week at a Board of Police Commissioners meeting, Craig changed course, saying he had seen video that shows Driver raising the gun.

And then the chief dropped the bombshell, implying that the dead man was a suspect. “I can not conclusively say that he is not involved in [the murder], because that investigation is still ongoing,” he said.

As the investigation creeps silently into its second year, we have yet to see video. We have yet to be conclusively told whether Driver was involved in the murder of the girl. We never been told why police stormed a house in the middle of the night. Why not wait for morning?

'We didn't know that'

Here is an excerpt from the woman's interrogation:

Detective: We needed to talk to you. We didn't know at the time if this was a family dispute where people were shooting at each other.

Detective: I know, but we didn't know that at the time, so we really needed to talk to you. OK? And because it was a homicide we had to bring people who had more tactical experience than us as detectives. So that's why the SWAT team came.

“Dead baby. Dead man. That's not the result you're looking for as a police department,” said Eugene O'Donnell, a criminologist, former New York City police officer and prosecutor. “This should call into question leadership in the department, the quality of its intelligence-gathering, discipline and firearms training.

"At a time nationally when police are trying to dial back use of force, when you're trying to avoid situations like Fort Worth, you've got to ask yourself why is Detroit putting its own police officers and citizens in harm's way?”

True words. But we don't speak true words around here. We talk in circles while the circle of violence spins on.

The little girl's murderer is still on the loose.

6. Gallery: At Jobbie Nooner, a Different Kind of Pure Michigan Than in the Ads