In another major blow to imploding Beaumont Health that will most certainly have a domino effect, more than 20 cardiology specialists at the company’s nationally ranked Royal Oak and Troy hospitals are looking to leave and are actively being recruited by University of Michigan’s University Hospital, Henry Ford Health System and Ascension Michigan.

Beaumont’s cardiology department is ranked among the best in the country. As well, cardiology generates the most hospital profits, so the departures would further cripple Beaumont’s finances. Beaumont CEO John Fox claims the hospital company is ailing because the Covid pandemic forced the cancellation of lucrative surgeries. Sources say other prominent Beaumont surgeons and specialists are actively negotiating to join other hospitals or looking to do their surgeries at area ambulatory surgical centers.

As well, about 15 elite anesthesiologists at Beaumont’s Royal Oak and Troy hospitals have recently departed or given notice.

Losing more than 20 prominent cardiologists likely would cause Beaumont to surrender its national ranking in that specialty. Marc Sakwa, who was chief of cardiac surgery at Royal Oak, and Jeffrey Altshuler, another renowned surgeon, moved last fall to work at MemorialCare in Southern California. Sakwa, a Detroit native, was instrumental in raising funds for Beaumont’s cardiovascular specialty centers.

Driving the exodus is the widespread concern that Fox’s and COO Carolyn Wilson’s focus on generating additional profits is jeopardizing quality patient care. Wilson’s recent decision to award a low-cost outsourcing provider called NorthStar a contract to oversee and manage the anesthesiology services at seven of Beaumont’s hospitals will result in the replacement of the more than 100 anesthesiologists currently working at these facilities.

The majority of the anesthesiologists currently working at Beaumont’s Royal Oak, Troy and Grosse Pointe hospitals are fellowship-trained, meaning they underwent additional residency training to develop highly specialized skills. Beaumont’s premier surgeons don’t want to work with lesser-qualified anesthesiologists while performing the complicated and intricate surgeries for which they have a national reputation.

Moreover, NorthStar’s contract provides that it can require an anesthesiologist to oversee a bigger number of certified registered nurse anesthetists (CRNAs) than is the normal practice at Beaumont.  Many surgeons feel this could jeopardize patient care.

Beaumont has received more than $323 million from the federal government to make up for lost surgical business. The money was intended to save hospital jobs, but Fox has laid off thousands and eliminated more than 400 positions.

It’s becoming apparent that Beaumont’s lost surgical business isn’t as dire as Fox projected. Some of the loss is the result of his and Wilson’s mismanagement. 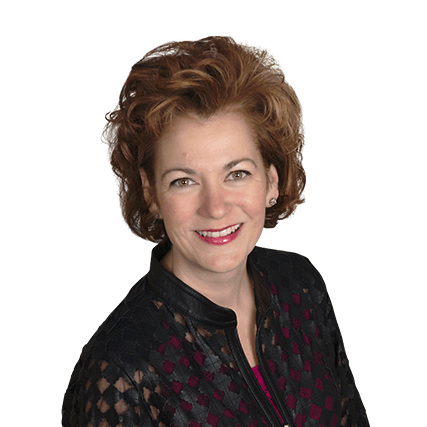 Sources say that Beaumont’s surgical bookings already are at 85 percent of capacity.

Sharon Ulep, a health care consultant at Plante Moran, said in a February 8, 2019 podcast about hospital operating rooms that 75 to 85 percent utilization is the “sweet spot" for efficiency.

But this week, according to sources, surgeries at Royal Oak were delayed or cancelled because there wasn’t sufficient support staff to sterilize equipment.

Fox, an accountant who is disliked by much of Beaumont’s workforce, further infuriated employees this week with deceptive claims he made in a company video. As an example, Fox claimed that losing Beaumont’s elite anesthesiologists wasn’t the company’s doing because they contracted to perform their services through North America Partners in Anesthesiology (NAPA), a rival company to NorthStar.

Fox said he hoped NAPA would relieve the elite anesthesiologists of their non-compete clause. He knows full well that won’t happen; NAPA is controlled by a deep pocketed private equity firm and if the company doesn’t enforce its non-compete agreements it would cripple the company’s business.

Notably, Fox in the video and in a memo distributed to employees justifying his plans to merge Beaumont into Advocate Aurora, made no mention of sticking around after the merger is completed later this year. Advocate Aurora is a health care company with dual headquarters in Illinois and Wisconsin.

Fox put up his Bloomfield Hills estate up for sale months ago and multiple sources say he’s building a house in his native Atlanta.

If you want a taste of Fox’s management style, you can watch him here. I recommend you don’t drive, operate heavy machinery, or pursue any activities requiring alertness after watching.