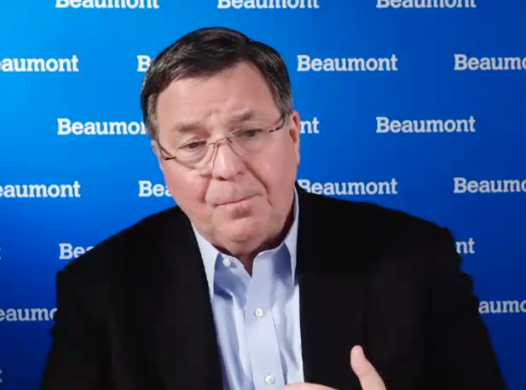 Beaumont Health CEO John Fox is an accountant, but even the numerically challenged can readily understand why he’s so desperate to ram through his proposed merger with Chicago-based Advocate Aurora before the end of the year.

According to multiple sources, Brian Connolly, the former president and CEO of Oakwood Healthcare, which merged with Beaumont in 2014, received an exit package of more than $30 million. Oakwood was a network of four hospitals, none of which were remotely of the same stature as Beaumont’s flagship Royal Oak facility or its Troy and Grosse Pointe Hospitals.

Using Connolly’s exit agreement from six years ago as a benchmark, it’s not unreasonable to speculate that Fox could receive a $40-million to $60-million sweetheart package, or even more, if he pulls off his controversial Advocate Aurora deal. The majority of Beaumont’s doctors oppose the deal. The payment wouldn’t be disclosed until a regulatory filing possibly more than a year later, when Fox will likely have returned to his native Atlanta.

Beaumont spokesman Mark Geary wouldn’t comment on Connolly’s more than $30 million golden parachute, except to say, “any compensation Brian Connolly received is fully disclosed in the 990 forms,” which not-for-profits are required to file on an annual basis.

Geary’s comment is yet another example of his practice issuing misleading and disingenuous statements.

Connolly's $30 million-plus severance can’t be documented without Beaumont’s 2019 form 990, which would show if his severance is being paid out over an extended period.

Regardless, even Connolly’s $9-million publicly disclosed payment indicates that Fox’s severance could easily top $20 million if he can merge Beaumont into Advocate Aurora.

That’s because he will deliver to Advocate Aurora an institution more than twice Oakwood Healthcare’s size. Beaumont Royal Oak has one of the busiest surgical businesses in the country and until recently was ranked among the top 50 U.S. hospitals.

The chairman of Oakwood Healthcare’s board was former Comerica executive John Lewis, who now chairs Beaumont’s board.

Geary said in an email statement that John Fox “has repeatedly said he will not receive a payment as a result of the approval or closing of any partnership with Advocate Aurora Health.” That’s likely true, but what is also true is that Fox has yet to give any assurances that he plans to remain after the merger is completed.

In a podcast that Beaumont paid for with Crain’s Detroit Business, Fox said he has lots of incentives to stick around after the merger. It isn’t likely that those incentives are remotely close to the generous severance agreement Advocate Aurora will likely give him to go away. 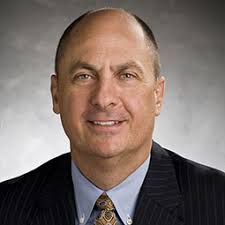 Although Advocate Aurora is a not-for-profit, its board is quite generous on the compensation front. CEO Jim Skogsbergh is one of the highest paid not-for-profit CEOs in the country. Skogsbergh prefers a one-person show. He blew out Aurora Health’s former top executive as co-CEO one year after Illinois-based Advocate merged with Wisconsin-based Aurora.

After Fox’s proposed merger with Advocate Aurora received bad press, Beaumont’s board in a letter to doctors said the deal would result in more than $1 billion in technology and other investments. What was misleading about this disclosure is that Beaumont has a more than $2 billion cash reserve that likely will become part of the combined Advocate Aurora enterprise after the merger. Advocate Aurora will be getting the $2 billion for free because it isn’t paying anything to merge with Beaumont.

Fox’s claim that the merged entity will have a better bond rating and therefore can borrow money at lower rates also is misleading. Interest rates are near record low levels, so the improved bond rating won’t have that major an impact on borrowing costs. Moreover, Advocate Aurora has no legal obligation to make the promised investment after the merger is concluded. The company is in the midst of a cost cutting effort because of the pandemic.

Spokesman Geary was nonresponsive about other issues I asked him about. My understanding is that Beaumont pays for Fox’s country club membership at Oakland Hills Country Club, which costs $75,000 to join and has monthly dues ranging from $800 to $900 a month. No comment from Geary.

Geary also wouldn’t comment on Beaumont’s reported losses, which the company reported totaled $425 million because of the pandemic. However, Beaumont has already received $323 million in federal funds to compensate it for its lost surgery business, so Beaumont’s losses don’t seem as dire as Fox has publicly claimed. Beaumont’s surgery business has already returned to pre-Covid levels, although some surgeries have been cancelled because of staff shortages to sterilize surgical equipment.

Most notably, Geary declined to provide a copy of Beaumont’s 2019 Community Benefit Report, which should outline the charitable work the company does to justify its not-for-profit status.

Snide Swipe at Us

As is typical of his boss, Geary’s brief response included a gratuitous insult aimed at me and Deadline Detroit. “We will continue to provide interviews to the numerous mainstream media outlets that publish and broadcast objective, fact-based and unbiased coverage,” Geary said.

Fox has previously referred to me as a “psycho blogger” from L.A. with Russian connections receiving payments from a secret source. Fox’s hidden payments accusation seems rather comical given that Geary wouldn’t disclose how much Beaumont agreed to pay former Oakwood CEO Brian Connelly. The only payments I’ve received writing about Beaumont are from Deadline Detroit and they wouldn’t cover Fox’s monthly dues at Oakland Hills.

What’s become abundantly clear is why Fox said yes to Michigan in the first place. He was previously president and CEO of Emory Healthcare, which is a considerably more prestigious institution than Beaumont.

Fox was paid a modest $2.3 million in his first year on the job. By 2018, his compensation increased 256 percent to $5.9 million. It’s unclear what metrics the board used to justify such a whopping pay hike.

What is clear is that Beaumont has deteriorated markedly under the leadership of Fox and Carolyn Wilson, his hand-picked COO. More than a half dozen prominent surgeons and specialists have bolted or given notice in recent months, as have about 40 percent of its anesthesiology staff. It’s known that dozens more specialists are actively negotiating to join rival hospitals or area ambulatory centers. Dozens of Beaumont nurses have also bolted, including close to 30 ER nurses at Beaumont Troy in the past month.

At the end of the day, Beaumont’s merger with Advocate Aurora is another example of the one percent getting richer at the expense of the 99 percent. In this instance, the people getting shafted are health care workers, many of whom risked their lives to treat Covid patients at the height of the pandemic.