Starkman: The Beaumont Health Superheroes Who Spoke Truth to Power

I’m trying not to dwell on the fact that Beaumont Health CEO John Fox and COO Carolyn Wilson remain in their jobs despite running Michigan’s biggest hospital network into the ground, but this article Saturday in the Akron Beacon Journal triggered me. It’s a touching story about how a husband and wife who are nurses at Summa Health treating Covid patients help each other deal with the psychological and physiological challenges of their jobs.

The couple, Jake and Lauren Nicholson, are blessed on multiple fronts. Despite ongoing exposure to Covid, they haven’t contracted the disease. They also are fortunate that John Fox earlier this year walked away from his commitment to acquire Summa Health, despite having all the necessary regulatory approvals.

Had Summa fallen into Fox’s clutches, the hospital network likely would be as miserable a place to work as Beaumont, and the Nicholsons might have been laid off because of Fox’s penny-pinching focus on costs over patient care.

Rather than focus on the negative, I got to thinking about the superheroes at Beaumont whose bravery I’ve admired from afar. I’m calling them superheroes because as far as I’m concerned, anyone working at a hospital in the midst of a pandemic, particularly one in the Beaumont network, is a hero.

The risks are very real: More than a dozen employees at Beaumont’s Taylor hospital have contracted Covid in the past two weeks, including two custodial workers.  Some employees blame the outbreak on what they maintain are lax precautions, such as isolating Covid patients with only a curtain. Spokesman Mark Geary maintained that “like any large employer, Beaumont Health has employees that contract COVID-19. It is a very contagious virus that is omnipresent in our communities.”

Fox and Wilson, in close partnership with CFO John Kerndl and deputy finance aide Denise Waters, have implemented aggressive cost cutting measures at Beaumont that’s led to the departures of dozens of surgeons, doctors, nurses, and other medical personnel. Despite Beaumont’s oppressive culture where challenging management directives can easily result in termination, a few Beaumont employees dared to speak up, some to their own detriment.

Here’s a salute to some of Beaumont’s bravest: 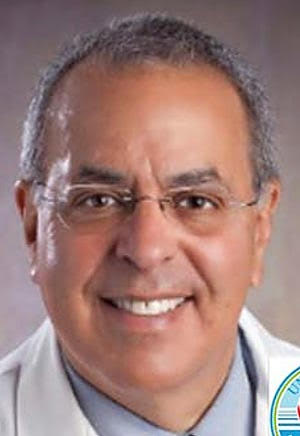 Berman, a nationally respected pediatrician who was recruited to Beaumont from Cleveland's prestigious Rainbow Babies and Children’s Hospital, objected to significant cuts to his department and warned that it would imperil patient care. Pediatrics is critical to Beaumont retaining its trauma center status, but it is an unprofitable specialty. Berman was promptly fired for his protests, in a most distasteful manner.

In the midst of a meeting with his colleagues, Beaumont Royal Oak CEO Nancy Susick handed Berman an envelope with a notice of his termination and escorted him from the hospital. Though he didn’t identify them, Beaumont donor and former board member Mark Shaevsky referenced the disgraceful incident in his letter to attorney general Dana Nessel calling on her to demand the firing of Fox, Wilson, and chief medical officer David Wood Jr.

Fortunately. Berman quickly landed on his feet. He joined the group pediatrics practice at the Detroit Medical Center’s Children’s Hospital of Michigan.

Lewis sounded the alarm that Beaumont’s cost cutting was imperiling patient care last December, first in letters to management and then going public with his concerns in Crain’s Detroit Business. 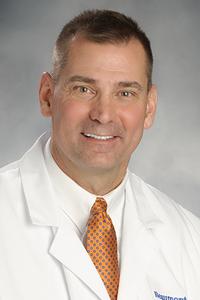 "I would be derelict in my duties if I were not to advocate for the department of surgery, my surgical colleagues and all its employees," Lewis said in a letter that he shared with Crain’s after his pleas to management were ignored.  "I write with a final sincere request that you find a way to address the critical staffing issues at Beaumont Trenton affecting the ORs and department of surgery. Thus far, my pleas have fallen on deaf ears."

Lewis told Crain’s that Beaumont was “trying to cut costs any way they can – saving money by not hiring nurses – to increase their margins.”

If Beaumont had a responsible board, Lewis’s claims would have promptly been investigated, as would have the December departures of famed cardiac surgeons Marc Sakwa and Jefferey Altshuler. Jay Greene, the Crain’s Detroit reporter who covers Beaumont, deserves an award for exclusively exposing Beaumont’s fissures almost a year before they became publicly known. 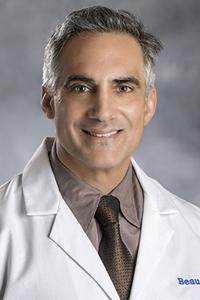 I’ve never spoken with Shaheen, but I imagine him like the character Randall McMurphy in “One Flew Over the Cuckoo’s Nest” who tried lifting a shower fixture to facilitate his escape from a mental hospital.

Shaheen instigated a petition declaring that Beaumont doctors had no faith in Fox, but an insufficient number had the courage to sign it because they feared retribution. Eventually, a survey promising anonymity was taken, and the majority of the 1,500 doctors who completed the survey said they had no confidence in Fox and his team.

If it weren’t for Shaheen’s efforts, the survey might not ever have been taken.

If I had to choose two people to share a trench with, Drs. Dixon and Berman would be my first choices. These guys don’t mess around when it comes to patient care: Last month they sent a very strongly worded letter to John Lewis, the chairman of Beaumont Health, warning that they have “serious concerns that Northstar (sic) will not be able to provide the quality of cardiac anesthesia services that we have received for several decades from the current Department of Anesthesiology.” 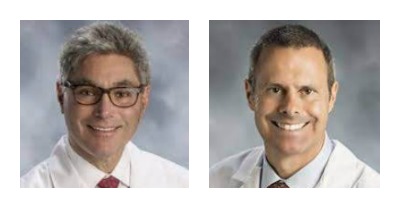 NorthStar is the low-cost outsourcing firm that Carolyn Wilson tapped to service most of Beaumont’s hospitals. The anesthesiologists serving Beaumont Royal Oak, until this year one of the busiest surgical centers in the country, are part of a practice that was formed a half century ago and comprised only of physicians with advanced fellowship training. About half of them resigned since the NorthStar contract was announced and many more are expected to depart before year-end.

Sending a warning letter to Lewis was a real diss to Fox, as Dixon and Berman put the board on notice they believe the NorthStar contract will result in serious patient issues. The letter also was a great display of loyalty to colleagues that the cardiac team has worked closely with for many years.

I seem to be alone in my outrage over Channel 7’s May 27 exclusive about Lisa Cole, the Covid patient who was moved from Beaumont Trenton to a VA hospital despite being listed as unstable for transfer. Cole died in transit. Reporter Heather Catallo quoted an unidentified source as saying the ICU wasn’t full and there was no medical reason to transfer Cole.

According to Catallo, a nurse she didn’t identify contacted the Wayne County Medical Examiner, categorizing Cole’s death as “under suspicious or unusual circumstances.”  It’s disappointing that Gov. Gretchen Whitmer or Attorney General Dana Nessel haven’t called for a public investigation into Cole’s death and the nearly 50 other Covid patients that Beaumont mysteriously transferred at the height of the pandemic. 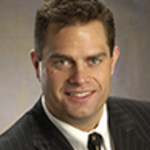 Fox a few weeks ago paid a brief visit to the OR department at Beaumont Royal Oak. It didn’t go well – at least for Fox, who observers said was sweating profusely.

Fox was confronted by angry surgeons, who laced into him with allegations that patients were at risk because of his mismanagement and extensive cost cutting. I couldn’t confirm the identities of all the surgeons, except for Patrick Wiater, whose family is legendary at Beaumont. Wiater’s father, Jerome, is a Beaumont orthopedic surgeon, as are his brothers Brett and Michael. His sister Bridget is a Beaumont radiologist. Patrick was featured in one of Beaumont’s famed commercials, “Do You Have a Beaumont Doctor?”

Orthopedic surgery is one of Beaumont’s most profitable areas, and U.S. News & World Report ranks Beaumont’s orthopods as the 11th best in the country – a legacy of former department head Harry Herkowitz, who only employed surgeons with advanced fellowship training. The skinny on Herkowitz is that he wouldn’t have caved to Fox or Wilson.

Wiater is the surgeon whose private text noting that Beaumont’s Covid patients at the height of the pandemic were younger and more critically ill than the hospital was saying found its way into social media. The story was exclusively reported by Deadline Detroit in March.

Beaumont forced Wiater to disavow his message and say it was “exaggerated and untrue.” Given Beaumont’s habit of issuing misleading statements, I expect everything that Wiater wrote in his text message was pretty accurate.

A little secret: Being A-listers, Beaumont’s orthopedic docs have privileges at other hospitals and area ambulatory centers. Patients in the know are asking to have their procedures outside of Beaumont.

Deadline Detroit’s reporting on Beaumont’s implosion was enabled by the dozens of Beaumont employees who trusted we would protect their identities and sounded the alarm that patient care at Beaumont has been compromised. They had nothing personal to gain from their efforts, and it speaks volumes about the dedication of Beaumont employees that they were willing to chance their careers if it meant saving lives.

We hope they will continue reaching out. It’s unfortunate that Whitmer, Nessel, Reps. Debbie Dingell and Rashida Tlaib, whose district includes four Beaumont hospitals, have shown no serious interest or concern about conditions at Michigan’s biggest hospital network or Beaumont’s besieged 38,000 employees.

Deadline Detroit cares and we will continue to closely scrutinize the leadership of John Fox, Carolyn Wilson, John Kerndl, and Denise Waters -- until they return to their respective homes in Atlanta, Grand Rapids and Nashville.