This April 7 repost is the eighth in a daily countdown of 10 articles from this year. Links to earlier ones are at the end.

It was, in retrospect, a one-way ticket to the grave.

Michael Meshinski was serving a six-month bid for drunk driving in the Wayne County jailhouse in Hamtramck.

He was assigned to work in the laundry, touching clothing distributed to inmates in the sprawling three-jail system that includes two buildings in Detroit and houses, on average, 1,500 inmates a day.

Meshinski, when not in jail, was a 50-year-old autoworker at Ford's truck plant in Dearborn who owned a tidy little home in Taylor.

In jail, he lived in cellblock E-1 with 50 other inmates, some of whom worked in the kitchen.

About two weeks ago, Meshinski fell ill with fever. He lost bowel control. He languished in his cell. He pleaded for a doctor, but was told there was none to help him. 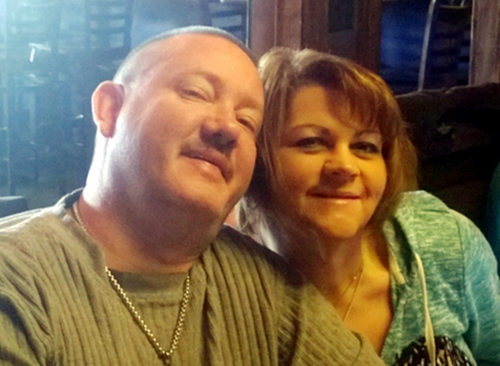 “He called me on the phone from inside and told me he was so sick he was scared,” said his girlfriend, Sherrill Williams. “I told him to go to the common area and start coughing on everybody. Then they'll notice you. And that's what he did.”

Meshinski was released April 1. Whether he was tested and released or simply showed syptoms before going free is a secret, since nobody in tight-lipped state and county governments will take ownership of his case. The Wayne County Medical Examiner listed the cause of death as Covid-19.

To date, despite multiple warnings in this column space about the fetid conditions of the county jails (public facilities that have never passed a health inspection), no program has been put in place to test inmates. And once again, it is important to note that jail is not prison. In jail, people come and go every day, for crimes both petty and violent.

Running a fever, Meshinski was not taken to the hospital. Instead, he was given his street clothes and a bus ticket.

Says one deputy: “Bro, he was shitting himself. He was doubled over. He had a fever. I mean he was really, really sick.”

Meshinski didn't know the public bus system, became disoriented and got lost. Instead of catching the SMART bus southwest to Taylor, he found himself northwest in Southfield.

Confused, he took a cab to Taylor. It appears he paid cash.

All in all, it was a 30-mile journey of contagion through Wayne and Oakland Counties. A fatally ill man put out to fend for himself and potentially infect many more. East to west, west to south. Home and ultimately to the grave.

There is no way to know how many people Meshinski came in contact with. There is no receipt from the cab driver.

The director of the Centers for Disease Control and Prevention said one person may infect 40. One cab driver infects 40, potentially. Those 40 infect 40. Those 1,600 infect 64,000. And so on. That's the exponential curve, and metro Detroit is in the throes of it.

Michael Meshinski's body was discovered Sunday. He was found in bed by his girlfriend, blood leaking from his eyes.

A man with a chronic drinking problem was sent to jail to serve what amounted to a death sentence.

“He was a fucking human being,” sobbed Sherrill Williams. “The government doesn't care. It doesn't care about any of us.”

Neither did the Taylor fire department come. Paramedics don't do that these days, either.

So it was left to a Belleville funeral home, which had no body bags, no eye shields or disinfectant, to collect the remains of a working man who was guilty of no more than a drinking problem.

“We are the government now,” said the funeral director, who asked to remain anonymous. “We're doing the morgue's job, but we don't have the equipment. We're more of the forgotten little people in all of this.”

Too little testing, too late for some

To date, more than 100 employees of the Wayne County Sheriff's Office – who oversee the county's courts and jails -- have tested positive for coronavirus, by far the largest cluster in a department of 700 people.

“The fact that we had to wait so long to be heard angers me,” said Reggie Crawford, president of the Wayne County Deputies Sheriff's Association. “To find out the public was exposed to this on a bus and cab angers me. We've got to begin testing everybody in these jails now. For the sake of my members and the general public.”

To date, more than 500 inmates have been released from the jails since the Covid outbreak began a few weeks ago. Some are on electronic tethers. For others, there is no way to track their movements.

“I'm scared to fucking death,” said James West, an inmate in Hamtramck who, with Meshinski, is released every day for work. “How do I know I don't have it? And I'm out in society every day.”

West describes conditions in the jail as abysmal, with a lack of hygiene products. “I tried to bring in some soap. They confiscated it. Told me it was contraband.”

The funeral for Michael Meshinski is April 8. Few are expected to attend.