Beaumont Health CEO John Fox doesn’t like me. I get that. For several weeks, I’ve been writing about the implosion of Michigan’s biggest hospital system and deriding the accountant’s plans to merge Beaumont with a reputationally inferior hospital network based out of Chicago. 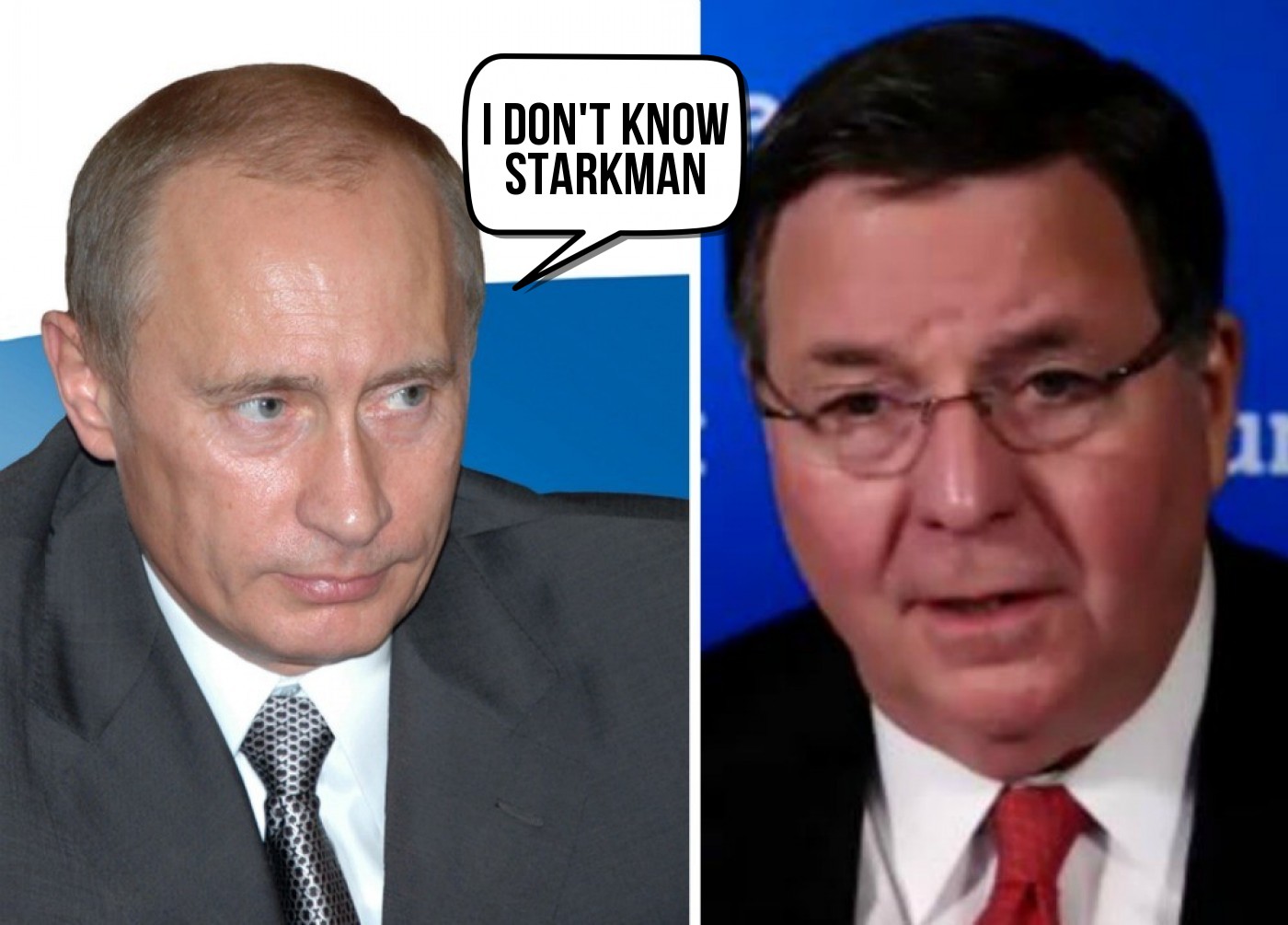 On a Zoom call I listened to with physicians working at Beaumont’s nationally ranked Royal Oak flagship hospital, Fox went on a tear about my reporting and my character. He dismissed me as a “mudslinging machine” blogger “coming out of L.A.” who’s only interested in “the next bucket of mud.”

“Somebody is paying this guy,” Fox said, suggesting someone other than Deadline Detroit. He declared there was a “deceptive intent” in my writing critical stories about Beaumont. Fox noted that the Russians interfered with the presidential elections, suggesting I have possible links to that country. I suspect Fox will pull a page from President Trump’s playbook and insist he was only joking. I don’t think he was.

In any case, I wasn’t laughing. Most hurtful of all, Fox trashed my work as “not normal journalism” and said my “salacious” reporting was riddled with “clear exaggerations.” Fox said I made no attempts to verify anything I publish.

I Know a Vladimir

Mr. Fox, since you made it clear that you are an avid reader of my commentaries, please allow me to address your slanderous allegations.

First, I’ve never been to Russia. I know but one word of the country’s language. The only Vladimir I’ve ever communicated with is a yoga instructor who taught me the finer points of doing down dog. I’m quite certain my Vlad has never heard of Beaumont Health, or for that matter, has ever been to Michigan.

If you believe I’m receiving secret payments to write critically about Beaumont, I encourage you to instruct Beaumont’s general counsel to contact the Justice Department and report your concerns about my allegedly illegal activities and connections. Beaumont might also alert Michigan Attorney General Dana Nessel, although she hasn't shown any interest in anything related to Beaumont. 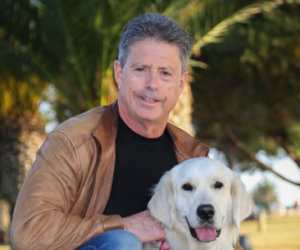 As for your allegations that my articles have been grossly inaccurate, you need to have a conversation with your spokesman Mark Geary.  Since I began reporting on Beaumont, I’ve sent Geary dozens of questions that made clear the storylines I was pursing; Geary ignored virtually all of them, except for occasionally sending links to news releases or videos.

For a guy who gets paid to speak, Geary is an awfully quiet chap. He won’t even confirm that you’re 72 or if you’re working without a contract given that your initial five-year term expired in March.

(BTW: If you really are 72, you look fabulous, and I admire your sartorial style. I’d welcome some diet and fashion tips.)

One possible reason for you to speculate about me possibly having hidden motives is that I ran a successful PR and crisis communications firm in New York City for 25 years. Quite some time ago I asked my longtime web designer to take down my former company’s website but only recently discovered it was still up. I retired from PR about four years ago to pursue a screenwriting career and other interests, though I did help a firm develop a crisis communications plan for their client on a consulting basis.

I came to the Beaumont story talking to a friend in Michigan in April who mentioned that his daughter was a Beaumont nurse treating Covid patients and that Henry Ford Health System was paying its frontline Covid workers considerably more in hazard pay. That surprised me because I’d long perceived Beaumont as rolling in dough, given its top-rated doctors and its high-volume surgery business.

My plan was to bang out a quick story for Deadline Detroit, which was founded and edited by my longtime friend and former Detroit News colleague Allan Lengel. Lengel is living my dream, running an independent and fearless publication focused on Metro Detroit. In the mid-1980s I tried starting a somewhat similar publication with feared gossip columnist Matt Beer but we couldn’t raise the financing.

Before I nailed down my planned story, Channel 7’s Heather Catallo broke the story about Beaumont closing its Wayne hospital. Geary denied “rumors” the hospital was closed, and insisted it was only “temporarily paused.” I know PR bullshit when I hear it, and I always advised my clients not to engage in spin. Had Geary simply admitted that Wayne was temporarily closing, I probably would have lost interest in Beaumont.

Geary’s spin was an invitation to keep digging. There’s usually gold buried underneath the bullshit PR pile. I trust you’ll give Geary thanks for his contributions to your Deadline Detroit reading enjoyment.

While unfounded and malicious personal public attacks aren’t what I’d expect from a hospital CEO who in good times was pulling down nearly $6 million a year in total compensation, I’m more taken aback by your comment to Crain’s Detroit Business about a petition circulating among Beaumont doctors declaring no-confidence in you and David Wood, Jr., Beaumont’s chief medical officer. You insisted the petition only addressed “general concerns.”

“We’ve got to understand more specifically their points of concern,” Crain’s quotes you as saying.

Let me help you out here, Mr. Fox. The “points of concern” of Beaumont’s 38,000 employees stem from the widespread belief that you are a carpetbagger executive looking to enrich yourself at the expense of Beaumont’s historical reputation for delivering unrivaled medical care. Under your leadership, Beaumont last fall lost two of the most acclaimed cardiac surgeons in the country and dozens of other surgeons and specialists are looking to practice elsewhere.

It’s well known around Beaumont that you put your Bloomfield Hills estate up for sale months ago and it's widely rumored that you’re building a home in your native Atlanta. No one expects you to endure another Michigan winter if you can deliver Beaumont to Chicago’s Advocate Aurora before the end of the year.

Underscoring the depths of how much Beaumont employees distrust and despise you, if you and I were both in Royal Oak’s critical care unit and in need of the last available ventilator, I’m confident you’d be the one having last rites administered.

Employees Reach Out to Say Thanks

Your comment that I’ve been in California for “20 years” is also mistaken; I’ve only lived out west for about eight years. My Michigan roots run far wider and deeper than yours. In addition to living in Southfield during the four years I worked for The Detroit News, I’ve been visiting the state for decades every year to attend Passover seders and other family celebrations. I have more than 50 relatives living or raised in Michigan, including a sister. My founding PR client was a Michigan-based company.

As for your insistence that I’m not a real journalist, the U.S. government thought enough of my talents to issue me a green card. I’m Canadian-born, and The News had to argue that I was a reporter of unusual talent and ability. Before coming to Detroit, I worked at the Toronto Star, The (Montreal) Gazette and the Wall Street Journal in Canada.  While you think so little of my work, I’m inspired by the dozens of conscientious Beaumont employees who’ve reached out to thank me for calling attention to the damage you and COO Carolyn Wilson have caused.

That’s all I have to say, Mr. Fox. I have no hidden agenda, and I’m receiving no special payments. For all Lengel has paid me for my Beaumont coverage, I likely can’t afford one of your natty sport coats. If my stories were wrong, Geary should have reached out and demanded corrections. I have no secret Russian connections and all my published articles were written from my westside Los Angeles home, not Starbuck’s as you speculated.

Now, if you’ll excuse me, I’m going to enjoy some Russian vodka and caviar and put all of your nastiness behind me. In California we believe that karma is a bitch. I imagine the universe has something pretty big in store for you.