Many years ago, I represented a high-profile New York-based private equity firm that orchestrated a ballsy deal in the Detroit area involving the merger of two ailing companies and loading them with mountains of debt. Thousands of jobs were at stake.

Over 18-year-old single malt scotches at the former Ritz Carlton in Dearborn the night before the announcement, I asked the firm’s managing partner if he was worried about doing such a risky deal impacting the livelihoods of so many people.

“What do I care?” the partner said. “I don’t live in this community.”

Beaumont CEO John Fox has always reminded me of that private equity executive. Since he washed ashore on the Detroit River from Atlanta some five years ago, Fox has never shown any love or commitment for  southeastern Michigan. Midway through his five-year contract, Fox acquired another home in Atlanta, making clear he still had Georgia on his mind. Fox’s Bloomfield Hills estate has been on the market for nearly a year. I’m told Fox’s spouse especially doesn’t like Michigan.

Fox has never articulated a vision for Beaumont, whose flagship Royal Oak campus until this year was among the top 50 hospitals in America. By his own admission, Fox’s focus has always been hunting for merger partners. Fox last year agreed to acquire Ohio’s Summa Health, an Akron-based fixer upper hospital network, but inexplicably walked away from the deal after getting regulatory approval. In June, Fox announced plans to merge with Chicago-based Advocate Aurora Health.

Fox will likely receive an exit package in excess of $20 million if he can push the Advocate Aurora merger through, so it’s a no brainer understanding why he’s so eager to do the deal. Far less certain is how excited Advocate Aurora is about the transaction.

Beaumont has imploded since the deal was announced in June, losing about a dozen prominent surgeons and specialists, nearly 40 percent of its fellowship trained anesthesiologists, and dozens of specialty nurses. The exodus is expected to accelerate over the next few months. The situation is so dire that Beaumont likely will have to cut back on its lucrative surgery business this fall unless the situation can miraculously be resolved.

Take it or Leave it 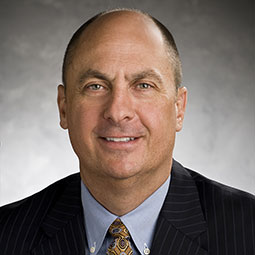 If recent comments by Advocate Aurora CEO Jim Skogsbergh are any indication, he’s developed a take-it-or-leave-it attitude about merging with Beaumont.

Asked recently by the Milwaukee Business Journal about Beaumont’s board delaying a vote on the Advocate Aurora merger because of opposition from doctors, Skogsbergh replied: “So if [the Beaumont board] can pull it off, that would be fantastic. If they can’t, they can’t.”

That’s hardly the cocksureness one expects from a CEO about a deal he’s committed to. Skogsbergh’s comments about the degree of opposition from Beaumont doctors suggests he’s not closely following Beaumont’s implosion or he's deliberately deceitful.

“There’s this – as I understand – relatively small group of physicians that have pushed back" on the merger, Skogsbergh told Milwaukee’s business publication.

In fact, a recent survey of more than 1,500 Beaumont doctors revealed that the majority of them oppose the merger and have no confidence in Fox or his management team.

Crain’s Detroit Business on Sunday posted what it called an exclusive interview with Skosbergh. He showed that he doesn’t understand, or care to address, the management issues that brought Beaumont to the brink.

According to Fox, Beaumont will retain its own CEO and board after its merges with Advocate Aurora. But Fox hasn’t disclosed who will appoint the CEO and the board. Given that Fox is at least 68 and has steadfastly refused to say he plans to stick around after the merger, it’s safe to assume he won’t.

Skosbergh in the Crain's interview didn’t address Beaumont’s leadership structure under Advocate Aurora or pay any lip service that someone with at least Michigan roots would get the top job. Beaumont COO Carolyn Wilson could possibly be a candidate, which would be a major FU to Beaumont’s 38,000 employees, who uniformly despise her leadership. If Skosbergh was genuinely committed to making Beaumont doctors “happy” as Crain’s claimed, he would have at least dangled the carrot of new management blood.

Skosbergh made no mention of Beaumont having 19 nationally ranked adult specialties compared to Advocate Aurora’s two and expressed no concerns about Beaumont’s escalating talent drain. More importantly, the story makes no mention of how patient care would improve after the merger is completed.

“Our overall strategy is to make us so good on cost and quality that we are invaluable to payers and employers,” Skogsbergh told Crain’s.

No mention of being invaluable to patients in southeastern Michigan. According to a 2019 Rand study, Beaumont’s patient fees are lower than Advocate Aurora’s. That very likely will change, as even Crain’s Detroit felt compelled to admit in its deferential reporting on Skosbergh.

"Size matters, even though these are not contiguous market regions," Crain’s quoted Minneapolis consultant Allan Baumgarten as saying. "There are large employers with major sits in Wisconsin, Illinois and Michigan. The combined system can come to Blue Cross and say, here are the rates we get paid in Illinois and Wisconsin and we want something closer to those rates in Michigan."

Moreover, there’s no evidence that having fancy technology leads to improved health care. In fact, a 2018 academic study of hospital mergers found that patient safety declines when hospitals consolidate their operations.

Crain’s didn’t mention other expertise Advocate Aurora brings to the table. According to a local Milwaukee television station, Advocate Aurora’s local hospitals were especially aggressive suing patients for unpaid bills -- a practice the company said it would stop after it was exposed.

Advocate Aurora was formed in 2018 with the merger of Chicago-based Advocate Health Care with Milwaukee-based Aurora Health Care. A veteran local journalist said the merger was “bad news” for Milwaukee residents.

Skogsbergh is on record as saying that within five years he wants to more than double Advocate Aurora’s revenues to $27 billion, slash costs by 30 percent, and more than triple the company’s patient base to 10 million.

“Whether it’s Beaumont or other organizations, we’re going to be involved in [merger] conversations going forward,” Skosbergh told the Milwaukee Business Journal. “We think there’s great value in scale if it’s executed properly.”

The “whether it’s Beaumont” comment is incredibly telling. My sense is that Skosbergh agreed to talk to Crain’s as part of a PR effort to combat all the negative coverage because of Fox’s and Wilson’s mismanagement. It’s clear he didn’t put much effort tailoring his message points for a Michigan audience. They were pretty much the same as the ones he delivered to a healthcare conference earlier this year.

For Skosbergh, swallowing Beaumont is likely just one of many deals that he’s cooking. He rightly doesn’t care about Michigan except that assuming Beaumont would goose his already outsized salary and ambitions. Skosbergh is among the highest paid executives of supposedly “not for profit” companies. He earned $8.9 million last year and was paid generously in previous years, including $11.7 million in 2017.

Like Fox, Skosbergh isn’t part of the Detroit area community. And that’s why he shouldn’t be allowed to get his corporate hands on Michigan’s biggest hospital network. Hospitals belong to the communities they serve and should only be run by people who care about them.

Residents of Oakland, Wayne and Macomb Counties served by Beaumont hospitals should know this better than anyone.