Starkman: AG Nessel Reaffirms She's ‘Do Nothing Dana' On Healthcare 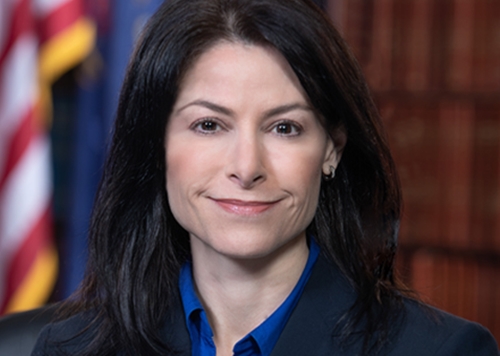 If friends and family of Michigan Attorney General Dana Nessel are looking to get her a little something this holiday season, I’ve got the perfect gift idea: A monogrammed rubber stamp.

Here’s why Nessel needs to account for her decision: CEMS is a separately chartered Michigan nonprofit that is typically less costly than Superior and waives its fees for the economically disadvantaged. Beaumont also is supposedly a nonprofit, although lucrative salaries paid to the top brass suggests otherwise.

Superior is a for-profit company whose executives are so inaccessible that even WDIV's consumer investigative reporter couldn’t reach them to discuss a bill of over $5,000 that a Detroit-area family received for a 20-mile ride at normal speeds. CEMS would have charged about $500 for the same ride.

Superior has also been slammed by the NBC affiliate in Chicago for its billing practices.

Nessel is responsible for protecting Michigan's consumers and the state's charitable assets. Moreover, with Beaumont’s doctors and donors clamoring loudly for the removal of CEO John Fox and COO Carolyn Wilson, a responsible attorney general wouldn’t allow Fox to dispose of any Beaumont assets, particularly an ambulance company, in the midst of a pandemic.

Nessel, along with Governor Gretchen Whitmer, have garnered national profiles because of their willingness to appear on network television to belittle President Trump. The national media loves their “Mean Girls from Michigan” routine, especially when Nessel dismissed Trump as a “petulant child” and tweeted: “Seems like you have a problem with all 3 women who run MI – as well as your ability to tell the truth.”

Trump, in turn, dismissed Nessel as the “Wacky Do Nothing Attorney General of Michigan.”

Trump’s personal attacks on rivals are typically unfounded, but there’s some truth to his Nessel criticisms. Nessel is among the growing breed of prominent made-for-TV politicians whose media appearances and provocative tweets distract from their records. 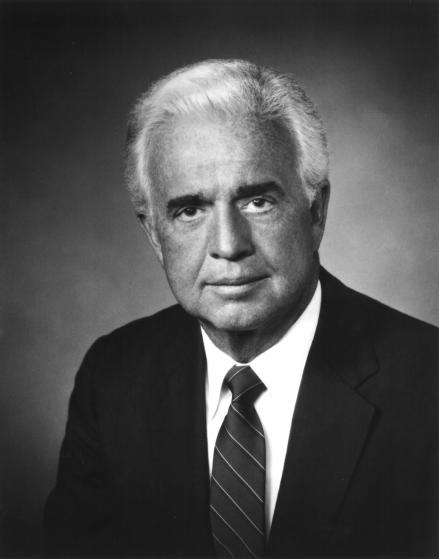 Nessel in her nearly two years as attorney general has especially fallen short on the consumer protection front, an area where Michigan’s AG office was once nationally renowned. Frank Kelley, who was Michigan’s AG for nearly four decades, also regularly appeared on national TV but it was to discuss his takedowns of powerful corporations and interests on behalf of consumers. Kelley spearheaded the landmark tobacco settlement agreement, which netted most states significant multi-year payments to compensate for the cost of tobacco-related illnesses.

I have no doubt that Kelley would have been John Fox's worst nightmare.

Nessel rides the coattails of other attorney generals, joining their lawsuits and sharing in their victories, like the Apple settlement she announced Wednesday netting Michigan a paltry $2.6 million or the subprime auto finance settlement she announced in June, garnering Michigan consumers $225 in relief and possible loan forgiveness. Nessel’s modest achievements can be found here on the Michigan attorney general website.

For meaningful consumer protection, southeastern Michigan residents must rely on Hank Winchester (a.k.a. “Help Me Hank”), WDIV’s consumer investigative reporter. Winchester knows all about Superior Ambulance, and I’m guessing that if he was attorney general, he wouldn’t allow the company to buy Community CEMS.

Winchester in September featured a segment about a local Detroit family that Superior charged more than $5,000 to ferry their child under normal traffic speeds from Henry Ford Hospital in West Bloomfield to Children’s Hospital in downtown Detroit. This was after the family’s insurance company had already paid Superior more than $1,000.

The family hired local attorney Glen Saltsman, who couldn’t resolve the situation, and they subsequently reached out to Winchester.

Winchester eventually resolved the issue, but only after an executive at Henry Ford put him touch with an executive at Superior. Until then, Winchester couldn’t get anyone at the company to respond to his calls.

Henry Ford Health in May announced it was phasing out its relationship with Superior and jointly investing in Medstar Ambulance, a not-for-profit, with Ascension Michigan and McLaren Healthcare in Grand Blanc.

It’s consistent and speaks volumes that Beaumont CEO Fox and COO Wilson, who announced the sale of CEMS back in April, would prefer to support a for-profit company based in Illinois to provide critical ambulance services for Michigan residents. It’s also noteworthy that Wilson announced the CEMS sale near the height of the first round of the pandemic, when ambulance workers served on the front lines helping manage Covid patient, equipment and supplies logistics.

Beaumont’s announcement Tuesday that Nessel approved the sale of CEMS should raise eyebrows. It quotes Superior Vice President Mary Franco saying: “We are looking forward to continuing to work with Beaumont Health,” which seems to imply that Beaumont committed to referring business to Superior after the sale, an arrangement in possible violation of rules governing hospitals.

It’s been publicly known for months that Beaumont is imploding, as prominent surgeons, fellowship trained anesthesiologists, emergency room nurses, and other critical medical staff head for the exits. Waiting room times at some emergency centers are as long as seven hours, and at Beaumont Troy, it can sometimes take days before a patient is transferred to a ward because of extreme staff shortages and other issues.

A recent survey revealed that Beaumont Troy’s ER staff has serious concerns about patient safety. In yet another FU to its medical staff and area residents, Beaumont has cut back the hours of physician assistants, extending patient delays and likely causing more resignations. More than two dozen Troy ER nurses have quit in recent months.

Healthcare businesses in general, and Beaumont in particular, appear to be off limits for Nessel and governor Whitmer. There is much speculation it has to do with the fact that Whitmer’s father was a top executive at Michigan Blue Cross for many years, but I’m doubtful that’s the reason. Michigan Republicans have also been silent about Beaumont and aggressively championed legislation making the state among the most restrictive to sue hospitals and doctors.

Eventually, the national media will get wind about how Beaumont this year went from being a nationally ranked hospital to an ailing community healthcare network. Prominent Michigan attorney and Beaumont donor Mark Shaevsky warned Nessel months ago she had another “potential Flint” on her hands and said it was imperative that she use her influence and powers to force out Fox and his deputies.

If Nessel continues to do nothing, Beaumont’s collapse in due course will become a national story and her complicit role will become widely known.