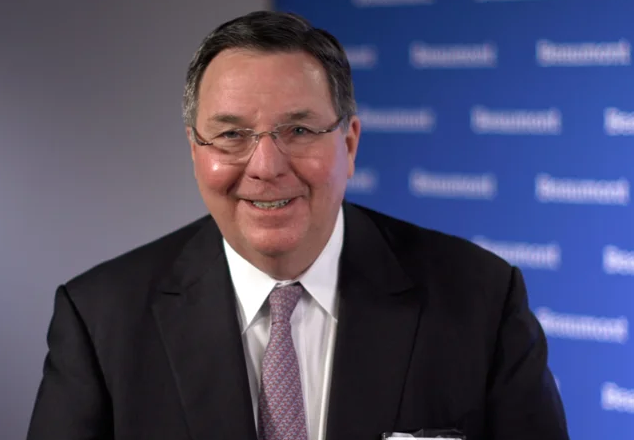 I’ve never had the pleasure of meeting Beaumont cardiologist Robert Safian, but I know we’re in agreement about one thing: Beaumont Health CEO John Fox is a peddler of alternative realities.

In a blistering follow-up letter Monday to Beaumont’s directors and trustees calling yet again for the removal of Fox and his top deputies, Safian called into question the truthfulness of Fox’s claims about the reason for the mass exodus of surgeons and physicians and disclosed more prominent specialists that have joined the stampede.

Safian minced no words about the reasons for Beaumont’s implosion: “It is remarkable that corporate leadership does not take responsibility for its actions; there aren’t any unique circumstances surrounding the loss of physicians, other than loss of confidence in corporate leadership,” Safian said.

Safian warned that “the longer corporate leadership remains, the greater our decline. Our sentiments for leadership change are widely held among physicians, nurses, ancillary staff, community leaders, and donors.”

Safian’s five-page letter refers to patient safety issues. Deadline Detroit previously reported that Brian Berman, Beaumont’s former head of pediatrics, was fired after objecting to cutbacks in the company’s Royal Oak emergency center and was escorted from the hospital in front of his staff.

Safian disclosed that an internal medicine physician was also fired for objecting to Berman’s termination and that an emergency room doctor was subsequently fired “after objecting to crisis in ER.” Safian didn’t identify the physcian or make clear if he was referring to the pediatric ER crisis or another one.

Kelly Levasseur, who headed Beaumont’s pediatric ER department and considered a rising star, resigned because she had “no confidence in corporate leadership,” according to Safian’s letter. 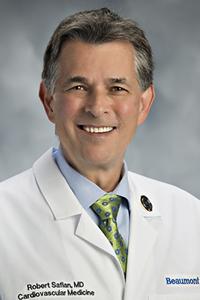 Safian disclosed that 25 orthopedic surgeons sent a letter to board chair John Lewis declaring they had no confidence in Fox and his deputies, as did the chairman of Beaumont’s urology department.

As well, the largest cardiology practice at Royal Oak and Troy with more than two dozen cardiologists sent a letter to Beaumont’s chairman saying previously expressed concerns were not resolved.

According to Safian, Fox in a report to directors and donors maintained that 70 percent of Beaumont’s nationally ranked anesthesiology department have agreed to join a controversial outsourcing firm when it takes over the function in January. Safian said the actual number of anesthesiologists who have resigned or given notice is closer to 50 percent.

Although Safian doesn’t note this in his letter, the 50 percent includes critical fellowship-trained subspecialists -- including Royal Oak’s entire critical care team, all but one of its cardiac specialists, and half its pediatrics specialists.

Safian said that Fox told Beaumont’s directors and donors “there has been no large scale exodus of physicians as intimated in some media stories.” According to Safian, more than 50 physicians have left Beaumont in 2020 and another 50 physicians have aligned themselves with other local institutions.

Safian a week ago sent a letter to Beaumont’s directors and trustees, calling on them to remove Fox and his key deputies. A survey of more than 1,500 Beaumont doctors months ago revealed the majority of them had no confidence in Fox and his deputies, particularly physicians working at Beaumont’s flagship Royal Oak hospital.

Despite Beaumont’s well-publicized decline in reputation and quality of patient care, neither Gov. Gretchen Whitmer, Attorney General Dana Nessel, nor Michigan Reps. Andy Levin, Debbie Dingell and Rashida Tlaib, whose congressional districts include Beaumont hospitals, have called for the resignation of Fox and his deputies or expressed any public concern about the implosion of Michigan’s hospital network. Levin, to his credit, opposed Fox’s controversial attempt to merge Beaumont Health into Chicago-based Advocate Aurora, in a transaction that amounted to giving away Beaumont for free and likely would have netted Fox a lucrative severance.