Starkman: Ostriches on Beaumont Health's Board Belong at the Detroit Zoo 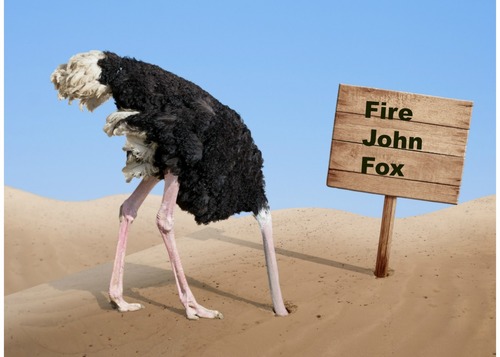 A member of the Beaumont Health Board 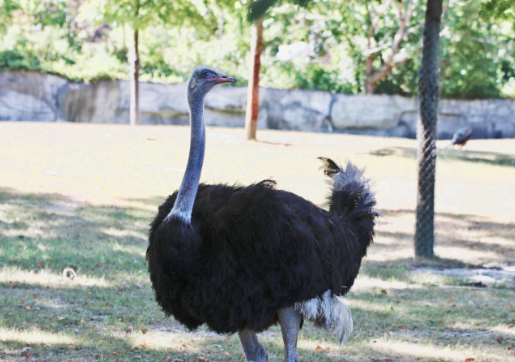 Reading the Beaumont Health coverage of Crain’s Detroit Business these days brings back fond memories of my favorite childhood game “Treasure Hunt” – there’s always a gem or two hidden inside.

Glossed over in the Beaumont story Crain’s posted Tuesday was this golden nugget: “At least” 10 of Beaumont’s 16 directors continue to support (CEO John) Fox, who “also has said he believes the opposition against him represents a minority opinion.”

Are you kidding me?

If there are indeed 10 Beaumont board members supporting John Fox then the Detroit Zoo should promptly claim them and put them on display along with Hannibul, the ostrich the zoo rescued  20 years ago. They could all roam the African Forest together.  I’ll bet the Beaumont board members get their heads deeper in the sand than Hannibul.

I’m surmising that Fox is one of the supportive 10, given that he sits on Beaumont’s board and he’s always singing his praises because no one else will.

As they say on those late-night infomercials, there’s more:

Crain’s also reported “several” anonymous sources said that board chairman John Lewis advised “not to bother to send him emails criticizing Fox because he won’t read any more of them.” Lewis also allegedly said, “(Fox) has done everything the board hired him to do. Increase profits and quality.”

Beaumont’s board obviously couldn’t let that allegation go unchallenged because Lewis has a fiduciary responsibility to oversee Beaumont and its directors. Ignoring emails warning him that Fox is harming patient care wouldn’t look too good to a jury if he’s ever sued, particularly if the rest of the board wasn’t made aware of them.

Lewis: I got so many I just got tired of reading them.

Attorney: Were any of the authors of these emails credible critics?

Lewis: Not really. One persistent nag was a Harvard-trained cardiologist and two were the co-heads of Beaumont’s cardiology department when the hospital still had one. What did they know?

Crain’s said Beaumont’s board denied the allegations about Lewis and issued this statement: “The board closely monitors goals, objectives, and metrics to ensure the organization continues to perform in accordance with established strategies (quality, safety, etc.) holding all leadership accountable.”

Crain’s said that vice chairman Stephen Howard and director Julie Fream also “joined in the response,” which I took to mean they signed the statement along with Lewis. 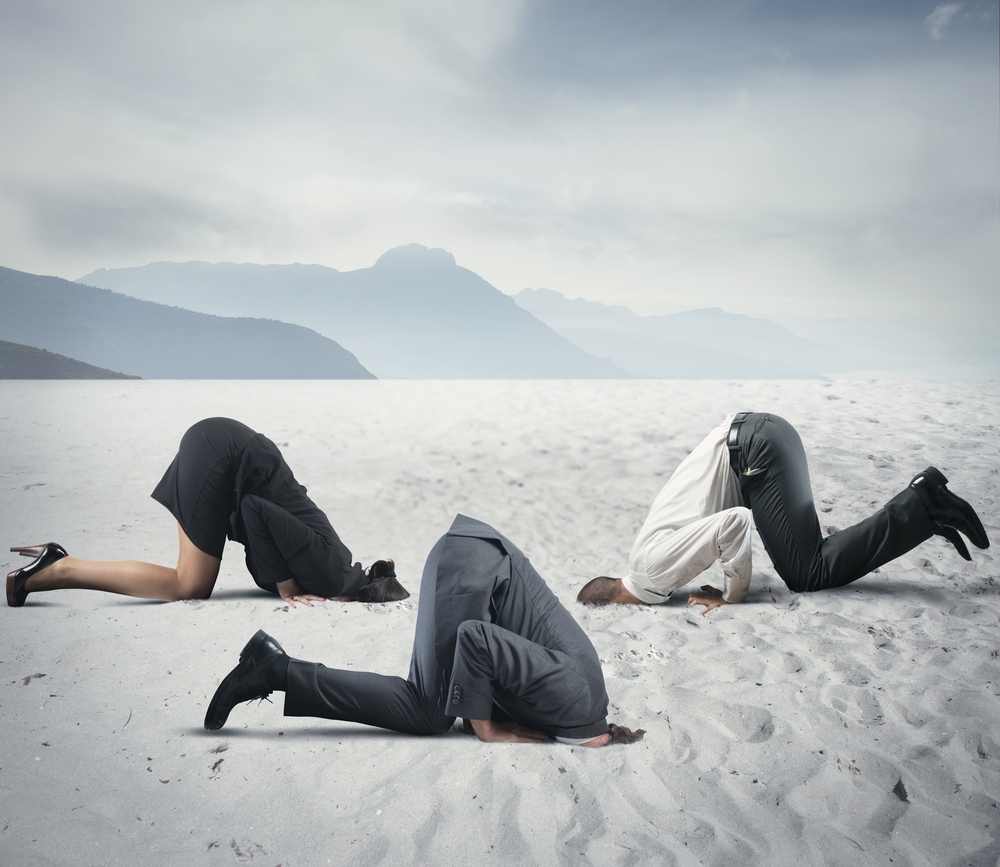 John, Stephen, Julie, is that you? (Photo: DepositPhotos)

A source told me that Howard is one of the good guys and wants Fox fired. If that’s true and he signed the statement, Howard isn’t someone who stays true to his convictions when the going gets tough. It’s hard to believe that “several” sources misled Crain’s what Lewis allegedly said; Howard possibly had an opportunity to call for Lewis’s resignation and chose not to take it.

Fream is one of the few Beaumont board members that, on paper at least, is qualified to serve on Beaumont’s board. Fream is president and CEO of the Original Equipment Suppliers Association and she has an MBA from Harvard. Suffice to say, I’m suddenly more open to using knock-off automotive parts.

In most states, attorney generals play activist roles on the hospital front. Michigan’s Attorney General Dana Nessel has shown no such resolve and ignored a plea from prominent Detroit area attorney Mark Shaevsky to do what it takes to remove Fox and his deputies and shake up Beaumont’s board. In addition to being a former senior partner at Honigman, Shaevsky was a Beaumont board member before it merged with the inferior Oakwood and Botsford hospital networks.

Lewis served on Oakwood’s board.

At a minimum, Nessel should demand to know why Fox’s mandate is to increase profits, given that Beaumont is a nonprofit and has a $3 billion reserve. Lewis and the board should also be called upon to explain what metrics they are using to justify keeping Fox in place.

Unfortunately, Nessel has no background in corporate law or experience with board oversight, and so far has demonstrated no aptitude or understanding of this critical area she’s responsible for regulating.

Fox arguing that the opposition against him is a “minority position” is comical, if he's referring Beaumont's hospital staff. The statement is audacious, particularly from an accountant.

Let’s look at some of the numbers. 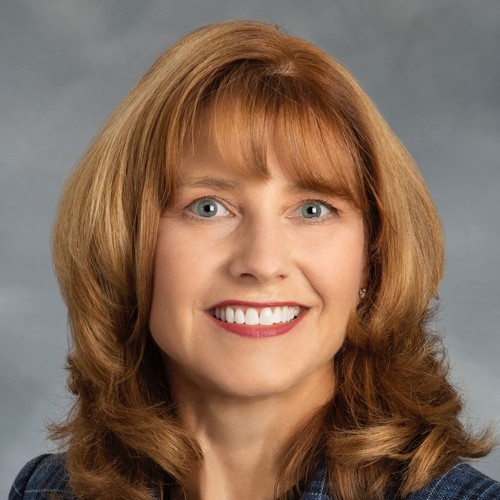 A survey of Beaumont doctors last summer revealed that 76 percent of them lack confidence in Fox and Wilson.  Admittedly, I’m no accountant, but if I’m not mistaken, 76 percent represents a “majority” opinion.

Fox might argue that only 1,550 Beaumont doctors completed the survey, and Beaumont has about 5,000 doctors. (At least they did at one time; the number goes down almost every day because Beaumont’s best doctors are heading for the exits.) It would take a giant leap of faith to believe that all the doctors who chose not to complete the survey support Fox.

Of course, maybe there are at least 23 donors out there who’ve contributed modest amounts of money to Beaumont who support Fox, so it’s possible that if all donors are treated of equal importance, a majority of Beaumont donors support Fox.

But here’s one figure that Fox can’t dispute: 0. That’s the number of doctors who have come forward to publicly defend him.

For six months, I’ve been writing damning stories about Fox and his leadership. No Beaumont doctor has ever reached out to me and criticized my coverage as being unfair or overly harsh. Quite the contrary: I’ve received dozens of supporting notes praising my insights and encouraging me to continue with my aggressive coverage.

A Beaumont nurse sent me a scathing email attacking my coverage, but her rhetoric was awfully similar to Fox’s attacks on me. I won’t out the woman, but I’ve good reason to believe she has ties to Beaumont’s management.

Tellingly, when I asked if the woman would let me do a profile on her and her defense of Fox, she turned down the offer.

Crain’s is locally owned and among the better city business publications in the country. I get they are bending over backwards to treat Fox fairly and objectively. But Fox and his management friends have caused great harm to a once great southeastern Michigan institution and the communities it serves.

Crain’s should be at the forefront of those looking to run Fox out of town and back to his luxury homes in Atlanta and North Carolina. He’s already enriched himself to the tune of more than $20 million in compensation destroying Beaumont.